The staff of the CommRadio Arts & Entertainment department revisits some of the most influential albums from 1981. 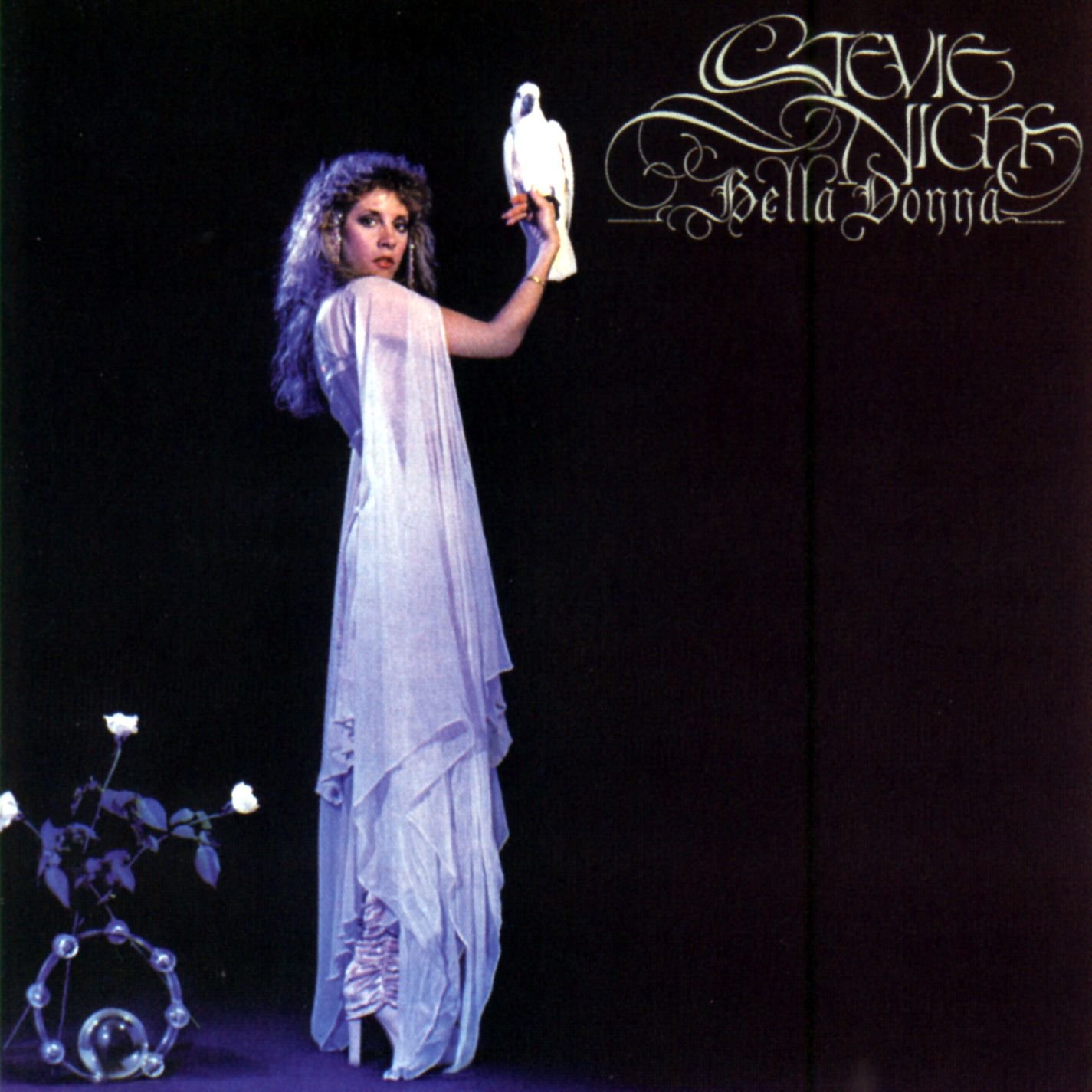 It would be difficult to discuss historical albums from 1981 without touching on Stevie Nicks’ “Bella Donna.”

“Bella Donna” was Nicks’ debut solo album in the midst of a highly successful career with Fleetwood Mac, especially on 1977’s “Rumors.” While Nicks was clearly a standout artist from her work in the band, “Bella Donna” proved her ability to swing with the big leagues on her own.

In fact, “Stop Draggin’ My Heart Around” and “Edge of Seventeen” have become staples of Nicks’ career among some of Fleetwood Mac’s most renowned songs, such as “Go Your Own Way” and “Landslide.” Eventually, “Bella Donna” would go on to be her best-selling work, charting at No. 1 on the Billboard 200.

What makes “Bella Donna” so remarkable is how it characterizes Nicks as an artist. While she has spent much of her career collaborating—whether it be with Fleetwood Mac or other artists like Tom Petty—her work is entirely her own. Everything that Nicks touches is so fundamentally “Stevie Nicks.”

“Bella Donna” carries over the sultry rock sound that is so reminiscent of Fleetwood Mac, which clues listeners off to just how influential Nicks was in the overall style and sound of the band. Surely, as the lead singer, Nicks had a big influence on the group. Perhaps she carried much of the band on her back.

At the time, Nicks was still creating music with Fleetwood Mac (“Mirage” would be released just one year after “Bella Donna”). While some artists, like the Rolling Stones, were struggling to keep their creative juices flowing as the 1980s began, Nicks continued to pump out some of her career’s best work, which makes “Bella Donna” even more remarkable. 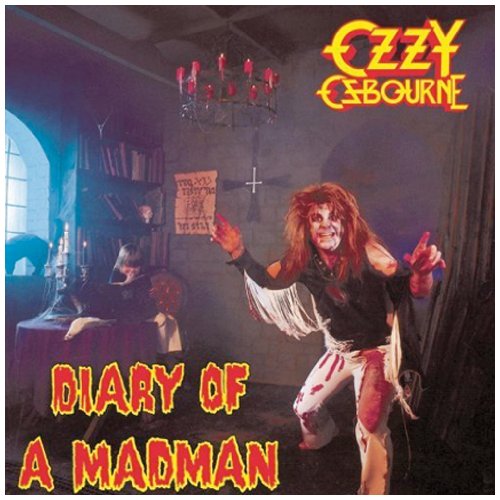 Ozzy Osbourne – “Diary of a Madman”

Fresh off the massive success of his solo debut “Blizzard of Ozz,” Ozzy Osbourne once again earned the title of the “Prince of Darkness.” “Blizzard of Ozz” reminded the world how talented Ozzy was. With a backing band at his side, featuring young guitarist Randy Rhoads, whose neo-classical style fused with his unmatchable speed allowed him to become a guitar icon, bassist Bob Daisley and his teeth-rattling bass lines, and drummer Lee Kerslake and his hard-hitting style, songs like “Crazy Train” and “Mr. Crowley” became hard-rock icons.

Feeling the pressure to get Osbourne back on tour, his management, led by now-wife Sharon Osbourne, had him and the band produce a new album in just one month. Somehow, despite battling numerous substance abuse issues, Osbourne was able to give the world the now iconic “Diary of a Madman.”

Unfortunately, this was the last album to feature guitarist Randy Rhoads, who was tragically killed in a plane crash the next year. Kerslake was also fired by Sharon shortly after the album was completed. Despite all the issues, this album stands among Osbourne’s best and is the ultimate testament to just how talented his first solo band was.

Kicking off the album is “Over the Mountain,” a hard-hitting opener led by Rhoads’ fast, heavy riffs and Kerslake’s furious drumming. The song features perhaps Rhoads’ most underrated solo.

“Flying High Again” shows Osbourne addressing his former band members from Black Sabbath, letting them know that he is “flying high again” with his solo career after they kicked him out. It features more prominent bass lines from Daisley to compliment the slower riffs from Rhoads.

Slowing things down is the softer ballad “You Can’t Kill Rock and Roll,” a song that shows that Osbourne can be soulful and slow while still maintaining the high-energy vocal style that made him so popular.

“Believer” features a take on positivity that only Osbourne could do with this dark melodic ballad, telling listeners, “You’ve got to believe in yourself.” This track features a heavy opening bass solo from Daisley that riffs throughout the song, matching its slower pace.

“Little Dolls” is a tale of a literal puppet, forever at the mercy of a cruel puppet master. Kerslake gives his best work of the album with a methodical beat that speeds up and slows down to match Rhoads’ guitar work.

“Tonight” is a slow ballad that features keyboards and Daisely’s bass work, which reaches into the higher notes, giving his riffs a remorseful tone. Osbourne himself sings like a man who has lost it all. The song ends with a Rhoads guitar solo that breaks through the sadness of the song.

Next up is  “S.A.T.O.,” a heavy, sinister, fast-paced song featuring a complex solo with notes going all over the place. Osbourne’s screams give the song the most metal feel of any on this album.

Ending the album is the title track “Diary of a Madman.” Heavy, epic and remorseful while also light and melodic, the song invites listeners into the mind of a man who is mentally ill, focusing on his pain, his sadness and his insanity. The guitar work switches from electric to acoustic throughout the song, ending in a final, powerful operatic chorus.

The album that showed Ozzy was here to stay, “Diary of a Madman” remains one of the Prince of Darkness’s most popular and influential works, and it’s the ultimate testament that Randy Rhoads was a talent who left us too soon.  —David Fortunato 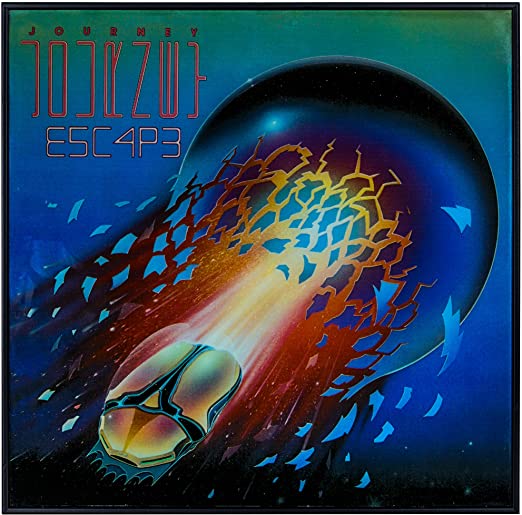 “Escape,” Journey’s seventh studio album, released in the summer of 1981, became the fifth-highest selling album of the year and reached the No. 1 spot on the Billboard 200 two months after its release. This was during the height of the group’s popularity with Steve Perry still performing as the lead singer, and as such, it remains one of their most successful works.

While “Don’t Stop Believin’” is one of the band’s most iconic songs to this day, it was not the stand-out hit at the time. “Who’s Crying Now” actually charted better, reaching the No. 4 spot on the Billboard Hot 100 in 1981. “Open Arms” was the king of the bunch, earning the No. 2 spot in 1982. “Don’t Stop Believin’” only peaked at No. 9 the year of the album’s release.

Although we know “Don’t Stop Believin’” as a classic today, it didn’t experience a full resurgence until 2009 when it was covered by the cast of “Glee.” The song was performed by the Glee Club at the end of the series’ first episode, debuting at No. 4 on the Hot 100 shortly after. “Don’t Stop Believin’” is still the most popular release in Glee’s history, with multiple versions released throughout the show’s six seasons. It inspired a whole new generation of Journey fans and even put the original song back on the charts almost 30 years later.

“Escape,” arguably Journey’s most iconic album, is still relevant to this day and has even made an appearance on the charts as recently as 2011. With this album, Journey left us several classic rock ballads we can sing along to, cementing their legacy in the music industry.  —Sarah Simpson 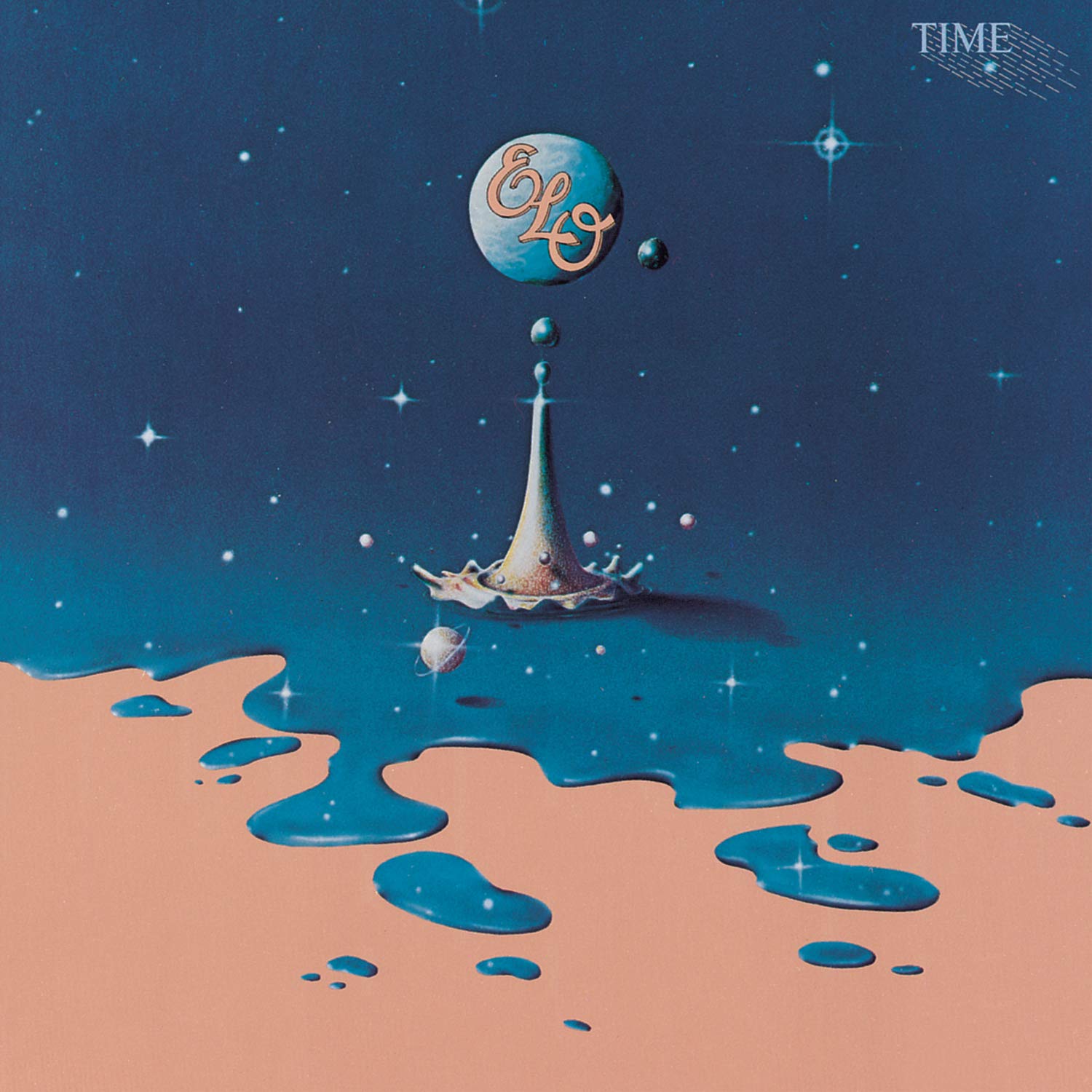 Electric Light Orchestra is one of the most unique names in the rock genre. Led by Jeff Lynne, not only do they work the basic aspects of rock music, but they also sprinkle in elements classical, new wave and synthpop to create something entirely their own. When their ninth studio album “Time” released, it was their synthpop side that took over. “Time” completely revamped ELO’s image and affected similar artists in the process.

This album just screams synth. Eleven of the 13 songs are filled with synthetic sounds and synthetic organs, allowing the album to flow from start to finish. But it’s not all the same thing. There’s a good mix of cheerful and melancholy. The various pitches of synths give the audience insight about what type of song they are listening to, and the futuristic sound only helps to emphasize it.

In every single song, ELO provides listeners different aspects of what the future might be like. Some songs are hopeful and some are doubtful. In one track, a man time travels to 2095, where he is confronted with technological advancements and glory but cannot seem to find pure love like he did in the 1980s. Even though its tones are futuristic, it still has a lot of relevance in today’s social situations.

Insightful, relevant and a pleasure to listen through, “Time” is simply timeless.  —Emily McGlynn