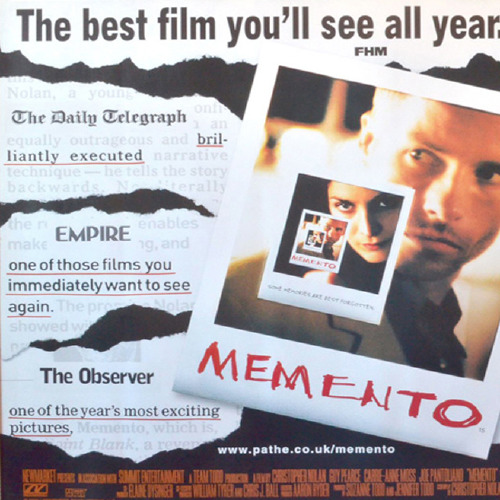 In the year 2000, the American film culture was introduced to Christopher Nolan with his film “Memento,” starring Guy Pearce and Joe Pantoliano. This film explores the ideas of memory loss, false narration and time to deliver an intense and ever-twisting murder mystery that is in pure Nolan fashion.

“Memento” is a film about a man, Leonard, who loses his memory and his wife in an accident. He tracks down his wife’s killer to enact revenge for her. But, since he cannot remember anything after the accident and suffers from severe short-term memory loss, he goes through a journey of self-written notes and tattoos to track down his wife’s killer.

Nolan uses two timelines, one moving forward and one moving backward, to show audiences the different ways you can tell a story, like starting with the end and ending with the beginning. Guy Pearce’s character, Leonard, explores the idea of false narration and even foreshadows it in the beginning by stating how memory is not reliable, not even in police reports.

The audience learns more details on Leonard’s journey as the story moves backwards, painting the full picture of what happened to Leonard, his wife, and how Pantoliano’s character, Teddy, was involved in the plot.

“Memento” is a masterpiece of Nolan’s, which is nothing shy of expectations for him these days, and is revolutionary in the art of storytelling. Nolan has been messing with time and narration in so many of his movies, such as “Tenet,” “Inception” and “Interstellar,” and in 2000, people saw where all these ideas started.

Fantastic acting from Pearce is also what carries this movie from beginning to end, and as the details keep pouring in, so do the twists.

“Memento” is a must-watch from the year 2000, and to this day, there really is no other movie like it. Grab your popcorn, turn off the lights and power down your phone when watching this one because the attention to detail is so relevant and important to this film.  —Sam Roberts 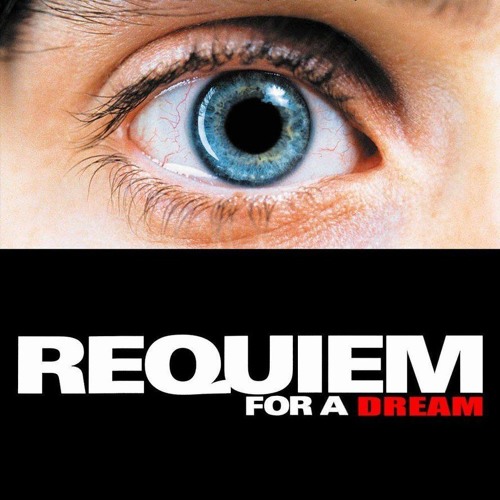 “Requiem for a Dream”

Never in the history of film has a movie chronicled the personal turmoil in the life of drug addicts in a more detailed manner than “Requiem for a Dream.”

Directed by Darren Aronofsky, “Requiem for a Dream” chronicles the lives of four drug addicts from summer to winter, with each season being worse than the last. By the end of the movie, we see the four main characters as shells of their former selves, showing the delusion their lives have devolved into and the pursuit they will go to for their next high.

Featuring a cast that includes Jared Leto, Marlon Wayans and Ellen Burstyn, all the main actors in the film did extensive preparation before filming. Leto lost nearly 30 pounds for his role as a heroin addict, and Jennifer Connelly went to Narcotics Anonymous meetings to understand the stranglehold it has on the lives of addicts.

Burstyn, who was nominated for Best Actress at the Academy Awards, delivers a career-defining performance as Sara Goldfarb, the mother to heroin-addicted son Harry (played by Leto). She eventually falls victim to her own addiction to amphetamines in an effort to lose weight.

As the movie plays out, we see the desperation Burstyn’s character goes to in an effort to be on television and fit in her “red dress.” While the movie says a lot about addiction, it also speaks volumes on the dreams and desires of regular people and how addiction can be easier to slip into than expected.

The film, released unrated due to its explicit nature, is one of the most heart-wrenching and difficult movie experiences one can go through. The movie, while on the surface details the life of addicts, also touches on themes of isolation, relationships and hope. “Requiem,” in all sense of the word, is not a “feel-good” movie but will stay with you long after the credits play.  —Paul Martin 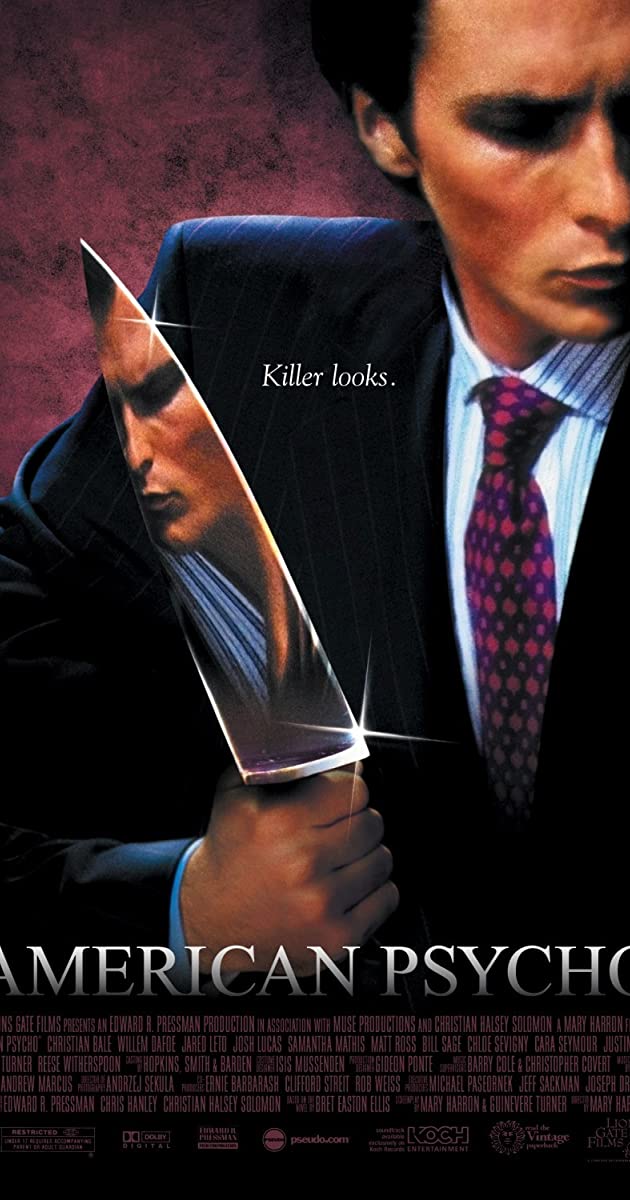 The iconic dark-comedy slasher film “American Psycho” debuted at the Sundance Film Festival in January 2000. Despite its harsh content, the film made $34.3 million at the box office and developed a cult following over the years.

“American Psycho” is about businessman and serial killer Patrick Bateman. Christian Bale stars as Bateman, giving audiences one of his most chilling performances ever.

Other standout performances include Jared Leto as Paul Allen, Willem Dafoe as Detective Donald Kimball, Josh Lucas as Craig McDermott and Reese Witherspoon as Evelyn Williams, among others.

The film is based on the novel of the same name, written by Bret Easton Ellis in 1991. The novel follows a similar structure to the film, telling the story from Bateman’s point of view as he goes on a murderous streak.

“American Psycho” was directed by Mary Harron and written by Harron and Guinevere Turner, who also stars as Elizabeth in the film.

The film’s editing and cinematography does not match the dark tone of the film, providing audiences with a contrasting comedic tone. Similarly, the music, done by John Cale, features many upbeat pop and rock tunes, which play ironically as Bateman tortures his victims and loses his mind.

The interesting thing about “American Psycho” is that audiences are unsure whether they should laugh, cry or scream at any particular moment in the film. The heavy subject matter with its comedic spin could make for an uncomfortable experience for some, but that’s also what makes the film so unique.  —Sarah Simpson 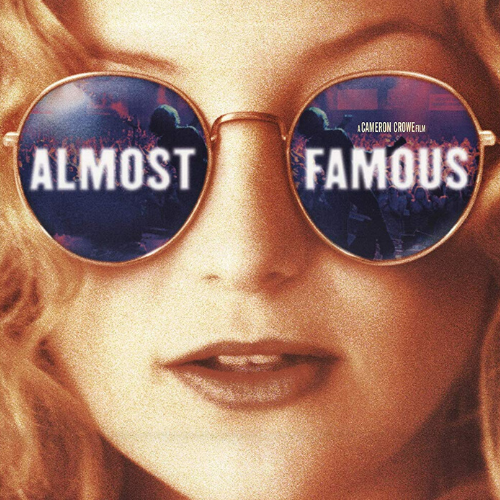 “Almost Famous” is a coming-of-age comedy drama starring Kate Hudson, Billy Crudup and Patrick Fugit that received an Academy Award win, among several other awards, for Best Original Screenplay in 2001.

The story follows William Miller, an eager 15-year-old journalist who has an inherent love for rock ‘n’ roll music. His strong passion landed him an assignment to write a feature piece on Stillwater, an up-and-coming band, for Rolling Stone Magazine. Miller is in pursuit of the raw truth that goes beyond the electrifying music.

This film was written and directed by Cameron Crowe, who subsequently based the story on his own teenage life. Similar to the fictional character Miller, Crowe was a writer for Rolling Stone Magazine. He toured with rock bands like Led Zeppelin, the Eagles and Lynyrd Skynyrd. Miller’s overprotective mother was even based on Crowe’s. Given the time period of sex, drugs and rock ‘n’ roll, who could blame her?

The strong, well-crafted acting and wild rock numbers made this touching movie a huge success. Hollywood Reporter ranked it the 71st greatest film of all time in 2014.

“Almost Famous” reminds everyone that you are never too young to seek what is it you want in life. It also reminds us that no one is ever truly perfect, even if they appear so on the outside because everyone has their own demons.

With the weather getting colder and movie season gearing up, if your family is debating over what movie to watch, suggest “Almost Famous.” Even if comedy-drama is not your cup of tea, it is hard not to enjoy this film, as there is never a dull moment among the warm-hearted characters.  —Courtney McGinley