The CommRadio arts & entertainment staff revisits some of the most memorable and influential films from 2010.

In 2010, Martin Scorsese introduced into the world of Shutter Island, a film with one of the best plot twists that fans of the film industry have ever seen. Starring Leonardo DiCaprio and Mark Ruffalo and written by Laeta Kalogridis, Shutter Island is a haunting film that takes viewers into the mind of a mentally insane patient.

Shutter Island follows DiCaprio’s character, detective Teddy Daniels, and his partner Chuck Aule, played by Ruffalo, who got sent to Shutter Island to investigate one of the inmates who went missing. Shutter Island is an island that is home to an institute where psychologists study and test the criminally insane.

Scorsese does an exemplary job in this filming in showing how important the setting can be and how much of a significant role it plays in the plot. The island itself is incredibly creepy and is what really causes detective Teddy Daniels to go insane. Kalogridis also wrote a nearly perfect script and combined with the details that Scorsese put into the flashback and nightmare sequences the 2 really make certain parts of this film haunting.

Along with a fantastic job from Kalogridis and Scorsese, the acting is fantastic all the way through and DiCaprio really gives an Oscar worthy performance in this film. Alongside Ben Kingsley and Ruffalo, all aspects come together to make this one of the best films of the year.

As the film goes on and the plot twist is unveiled, Scorsese really makes audiences appreciate all the little but important details that go into a twist with a perfect ending. The more we watch DiCaprio struggle on the island, the more we understand the decision he makes at the end.

“Which would be worse? To live as a monster, or to die as a good man?” is the quote that detective Teddy Daniels leaves us with and it’s a quote that will ring throughout eternity.- Sam Roberts

Legendary actors Will Ferrell and Mark Wahlberg worked together for the first time to form a dynamic duo in a film that will be remembered for generations. This film was called “The Other Guys” and it was released in the U.S. on August 6th, 2010.

This movie is proof that Will Ferrell can do some level of action if it is required of him to do so. He is the perfect fit alongside Mark Wahlberg as their chemistry and friendship throughout this film just gets better and better and more and more hilarious.

Having a notable supporting cast alongside Will Ferrell, Mark Wahlberg, and director Adam McKay make this film an action thrilled comedy that is a must watch. The action scenes are very well done and “The Other Guys” does a great job of keeping its viewers on the edge of their seats from beginning to end, making this film the classic that it is today

. Desk-bound NYPD detectives Allen Gamble, played by Will Ferrell, and Terry Hoitz, played by Mark Wahlberg, receive no attention while they work every day. Gamble loves his work as a paper pusher, but Hoitz is itching to get back on the street to make a name for himself.

When a seemingly irrelevant case turns out to be a key development, the two cops will eventually have the chance to prove to their comrades that they have what it takes to handle pivotal investigations and cases rather than be desk-bound. For anyone who despises awfully made films and loves to laugh and be entertained, “The Other Guys” is the cherry on top for your ultimate viewing pleasure. – Michael Merendino 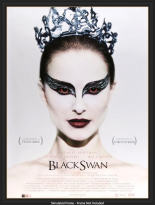 Nina Sayers (Portman), a dedicated, graceful, and fragile ballerina, prepares for her New York dance company's Swan Lake performance. She covets the role of an innocent Swan Queen and an evil Black Swan.

While Nina believes she can portray the Black Swan with perfect technique, her skeptical director Thomas (Vincent Cassel), says, "every time you dance, I see you obsessed, getting every move right, but I never see you lose yourself."

Another ballerina, Lily (Mila Kunis), competes for Black Swan's role, exhibiting a more natural and fierce persona for the part. Their rivalry torments Nina, and the Black Swan's demonic presence soon emerges within her.

In particular, she experiences several hallucinations of self-violence, including one where a Swan's black feathers pierce her skin as if they're lurking beneath the surface. It's almost like the Black Swan is another character in the film.

The audience experiences Nina's inner tensions with her, thanks to Aronofsky's unique cinematic choices.

Aronofsky employs hectic camera movements and louder music, perhaps symbolizing Nina's deteriorating control of reality. He also displays many mirrors in the film to personify Nina's fragmented sense of self and her internal battle with perfectionism.

To find out whether Nina achieves a "perfect" Swan Lake performance, watch the film.

"Black Swan" is one of the most renowned psychological thrillers of all time, and Portman's phenomenal acting will leave you questioning your own harsh realities. -Emmy Vitali

2010 was an interesting year for action movies, with many titles that left a legacy in some way or another. One of those movies is Jon Favreau’s second outing in the “Marvel Cinematic Universe”: “Iron Man 2.”

This film received many mixed and average reviews, all basically being summed up with it being not exactly as great as its predecessor, but still being a decent and fairly solid film.

Most of its graces come from the actors themselves. Of course, Robert Downey Jr. is the film's star as Tony Stark, and as always, he absolutely kills the performance. Justin Hammer, played by Sam Rockwell, puts forth an excellent performance as a character who lived in Stark’s shadow, and now tries to be “the big man” in the room, but doesn’t succeed in usually awkward fashion.

Finally, there is the changing of James Rhodes. The departure of Terrence Howard brought forth his replacement, Don Cheadle, who does an awesome job portraying the future second-wave Avenger, War Machine.

The film’s plot may seem to be a tad bit of a drag at times, but it is an overall fun and action-packed movie that explores Stark’s alcoholism and “coming-to-Jesus” moment the armored Avenger has by the films end.

Overall, the “Iron Man 2” is a worthy successor to the film that kicked the whole cinematic universe off and is certainly one that can be watched many times for its sheer action and character development. - Colton Pleslusky

Michael Merendino is a junior majoring in telecommunications. To email him, contact michaelmerendino26@gmail.com or mam8013@psu.edu.

Emmy Vitali is a freshman majoring in telecommunications. To contact her, email at eav5153@psu.edu.

Emily “Emmy” Vitali is a sophomore from Kennebunkport, Maine majoring in Telecommunications with a minor in Digital Media Trends and Analytics (DMTA) at Penn State. She is the director of the CommRadio Social Media Department. She is also a founding member of the CommRadio Photography Department. If you’d like to contact her, email .(JavaScript must be enabled to view this email address).