Most Anticipated Games of 2021

2021 is filled with new game releases that have everyone talking. However, there are a few that really have fans waiting on the edge of their seats for the release date. In this listicle, the Arts and Entertainment Department dive into some of the most anticipated video games of 2021.

Following the critical acclaim of “Resident Evil 7: Biohazard” and the remakes of Resident Evil 2 and 3, Capcom is finally continuing the series story in “Resident Evil Village”. Village will feature the return of Ethan Winters as he explores a mysterious village and castle in search of his baby daughter.

Village also features the return of series hero Chris Redfield who appears to be taking a much more antagonistic role this time around. Redfield’s return is the catalyst for what makes Ethan go to the village and his actions in the trailer will be shocking to longtime fans of the series.

Village once again features the first person view of “Biohazard”, meaning combat and chase scenes will be intense and as scary as possible. This time, Ethan will have to contend with werewolf-like creatures, the vampire-like Lady Dimitrescu and her “daughters”, as well as a host of other terrifying creatures.

“Resident Evil Village” looks to feature more combat than the previous game but that doesn’t mean the ammo will be any less limited or the scares any less intense. Village seems to be taking a heavy amount of inspiration from “Resident Evil 4”, which many consider the best in the series and it certainly bodes well for “Village”.

It has been almost 6 years since a Batman game was released but fans won’t have to wait too much longer with “Gotham Knights” being released this year. Shockingly the game will not have Batman as a playable character!

Instead Nightwing, Red Hood, Batgirl, and Robin are the ones protecting Gotham in this game. The game will open with Batman’s apparent death and it’s up to his former sidekicks to protect Gotham City.

Villains like Mr. Freeze have taken over parts of Gotham and it’s up to the four to stop them. However most excitingly the game will adapt Scott Snyder’s critically acclaimed “Court of Owls” storyline which means players will have to fight the Court and their assassins called Talons.

The game will be an action role playing game that excitingly features two player cooperative play, allowing friends to team up to beat up Gotham City’s worst villains. Each of the four characters will all play different, like Red Hood utilizing guns.

The game, much like the previous “Arkham” games, will be set in an open world Gotham City but will be an original story separate from the “Arkham” storyline.

“Gotham Knights” is shaping up to be an exciting action game and one of the best games of 2021. “Gotham Knights” will launch sometime in 2021 on Windows, PS5, PS4, Xbox One, and Series X/S. – David Fortunato

Having been pushed back from its 2020 release, “Halo Infinite” is the long-anticipated conclusion to the “Reclaimer Trilogy” of “Halo” games and could quite possibly be the last ride for the series main protagonist: The Master Chief.

While that is disputed amongst the fans, the stakes that are set for “Halo Infinite” mean that anything can happen. While it is still unknown how the game will deal with the events of the preceding title, “Halo 5: Guardians”, the fan base is excited to know a faction called The Banished, which first appeared in the strategy-game “Halo Wars 2”, will have heavy influence on the story.

The game also features a cross between the classic “Halo” aesthetic and the new aesthetic. Additionally, the “Halo” community rejoiced upon the reveal of Master Chief’s new armor set, which is similar to his classic armor but featuring some new era flair.

The art-style of the newer “Halo” games has been a dividing topic for fans, with many wanting for the classic style to make a return, while some enjoy the new style as much as the old. This new cross aesthetic is seemingly the best of both worlds.

“Halo Infinite” also features a slew of new features to really shake up the “Halo” formula. This comes in many forms, with just two examples being the new grapple hook ability and the campaign’s new “open-world” style. Many are also excited for what characters may be making an appearance in the story. From the Arbiter to Red Team, the scale of this story seems to leave ample room for any theory.

Finally, “Halo Infinite” will feature a free multiplayer for everyone to enjoy.

“Halo Infinite” is scheduled to release sometime in the Fall on Xbox One, Xbox Series X/S, and PC. – Colton Pleslusky

It has been well over a decade since “Left 4 Dead 2” released and became a massive hit. Now, after so much speculation, there will finally be a spiritual successor to the smash hit title: “Back 4 Blood”. Developed by Turtle Rock Studios, who made the original “Left 4 Dead”, have taken the reigns and want to create the “Left 4 Dead 3” fans never received.

“Back 4 Blood” features a new story, taking place following an apocalypse caused by a parasite that infected most of Humanity. Dubbed “The Ridden”, these infected creatures seek to destroy what’s left. Stepping into the shoes of new protagonist team “The Cleaners”, players are faced with taking down the horde and reclaiming the planet.

The main story can be experienced solo, but also features drop-in and drop-out co-op, so the player can pick up some friends at anytime throughout the story campaign. “Back 4 Blood” will also feature a four vs. four competitive mode, which will most likely feature players taking the roles of special infected and taking on the human players as they progress.

“Back 4 Blood” will also feature a character perk and upgrade system that will allow players to customize their chosen survivor and their overall experience with the game. This added system gives players a reason to revisit following the completion of their first playthrough.

“Back 4 Blood” is scheduled to release on June 18th on Playstation 4 and 5, Xbox Series X/S, Xbox One, and PC. – Colton Pleslusky 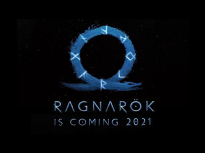 The sequel to 2018’s “God of War”, which saw fan-favorite protagonist Kratos dive into the realm of Norse Gods, is basically an enigma. Even the title “Ragnarok” is unconfirmed, but that hasn’t stopped fans from getting excited for this installment.

Charging into Scandinavia, Kratos has a myriad of new Gods to potentially put down in this sequel. If fan speculation is correct, the game may heavily feature Odin, Thor, and even Loki. The theory obviously comes from actual mythology, with Ragnarok representing the death of many Norse Gods.

This theory is also reinforced with the foretelling of it following the death of Baldur in “God of War”.

The title will likely follow the playstyle of 2018’s “God of War”, allowing the player to explore beautiful landscapes with the camera fixed in the third-person over-the-shoulder viewpoint. The game will also feature deuteragonist Atreus, who is the son of Kratos that was introduced in the previous title.

While there may be not much to say about “God of War: Ragnarok”, it is certainly a game that have many lovers of the franchise talking, and has even received the award for “Most Wanted Game” at the 2020 Golden Joystick Awards.

“God of War: Ragnarok” is scheduled to release on an unknown date in 2021 on Playstation 5. – Colton Pleslusky