UNIVERSITY PARK, Pa. – In seventh grade, Ian Lefcourt began writing letters to a boy named Marcel Salgado who lived in Barcelona, Spain. What Lefcourt did not know is that these letters would be the building blocks of a lifelong friendship.

“All those guys did this pen pal stuff just to pass the class,” Lefcourt said. “I really did it to try and learn about different cultures.”

After the pen pal assignments were finished, the students were given the option to share contact information with the person they had been writing to. Lefcourt and Salgado both elected to do so.

After the Spanish class ended the two pen pal friends did not get in contact with each other for couple of months. Eventually, Lefcourt reached out to Salgado on Facebook, and the friendship continued to blossom.

“In the past couple years, it changes a lot, but our relationship has always been steady,” Lefcourt said. “Always able to talk to each other whenever we need each other, and he’s been just a good friend.” 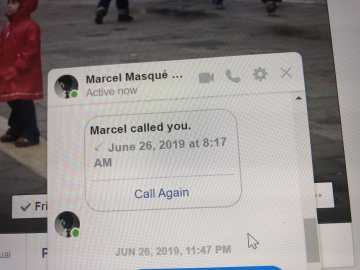 The former pen pals currently communicate strictly in English, because Lefcourt has given up on learning the Spanish language. However, this has not provided any barriers in their friendship. The two communicate in a variety of ways, whether it’s on social media, through texting and phone calls, on PlayStation or even the ocassional written letter.

Communicating through text can only provide so much, therefore Lefcourt and Salgado do most of their bonding on PlayStation, through the game Rocket League. Rocket League is a soccer-racing mashup where players control a small car on a soccer field with the objective of scoring more goals than the opposing team.

Now, 10 years later, they find themselves in a virtual soccer field together, trying to outwit and outplay other competitors.

“It’s something that I think is pretty cool because the average person doesn’t have that experience,” he said. “I’m very comfortable with someone that I’ve never met before. A lot of people are scared of strangers and whatnot, but I think this is a good example of how if you trust someone and get to know them, they can really be positive for your life.”

Having this type of a relationship with someone that you’ve never been face to face with can be trying, but Lefcourt says that the distance doesn’t affect the strength of their relationship and the ability to understand one another.

“It’s someone that I really don’t know, but I know, if you know what I mean,” Lefcourt said.

While the communication thus far has been almost exclusively online, the two pen pal friends and Rocket League buddies have plans to meet each other in person.

“(Salgado) is planning on trying to come to America, specifically Washington D.C, where I live, next summer,” Lefcourt said. “So that would be an exciting experience to actually meet him in person.”

Video Games, a Platform for Friendship


Being hundreds of miles away from someone can cause issues in keeping a relationship strong. Fortunately, for Ian Lefcourt and Marcel Salgado, online gaming can keep a friendship strong despite never meeting each other in person. They do not play every game together, but the bond built over countless games of Rocket League has led to an interesting dynamic between the two.

Nick Mazone is a senior broadcast journalism major at Penn State. He hopes to work at ESPN or FS1 on a sports debate show one day.