The CommRadio Arts & Entertainment department came together to choose the top five songs of 2020 — looking at an array of songs that were innovative and culturally significant during such a unique year.


1. "Blinding Lights" by the Weeknd 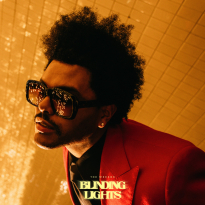 “Blinding Lights” is without a doubt the number one song of the year for most people — and it’s easy to see why.

The song reached number one on the Billboard Hot 100 and over 1.7 billion streams on Spotify. “Blinding Lights” is very nostalgic of the electro-pop of the 1980s, and it’s a very refreshing pop song. Most pop songs this year felt generic or derivative, however the Weeknd made a truly unique sound that was on everyone's minds during the year.

Ultimately, “Blinding Lights” brought a lot of joy to many people who had a rough year. The song was a radio darling, being played all the time. It also won many awards including video of the year from the MTV Video Music Awards, although was snubbed by the Grammys.

It is hard not to love this pop song, and it is even harder to get this off of one’s head. “Blinding Lights” is without a doubt one of the best pop songs of the year and will  be a hit for years to come. — Jack Fresier 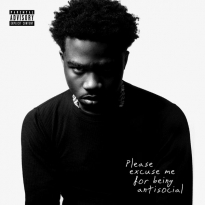 “The Box” made Roddy Ricch a superstar. This song was the most successful song of the year, earning Roddy and his label $6 million. This song was also number one for the most weeks on the Billboard Hot 100 in 2020, coming at a total of 11 weeks.

“The Box” was a huge viral hit on TikTok, and it also did incredibly well on Spotify and YouTube. The Grammys  nominated Roddy for “Song of the Year” as well.

Roddy makes a very generic rap song unique by adding an interesting beat and having very distinct vocals. The song is very fun and made fans happy while stuck at home. “The Box” feels like an escape from the real world with the atmospheric beat and catchy hook.

Roddy has solidified himself as one of the most popular rappers now, and that title is well deserved since this song is truly incredible. — Jack Fresier 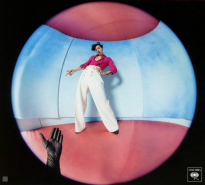 It’s no doubt that Harry Styles’ hit song “Watermelon Sugar” was the summertime anthem of 2020.

From the catchy lyrics to the upbeat tempo, this song was made for blasting through the radio — specifically, while driving with the windows down in the summer breeze.

Since going solo after One Direction disbanded, Styles has proven to be as successful as a solo artist as he was with the group.

“Watermelon Sugar” was released as a sneak peek into Styles’ second album, “Fine Line,” and its popularity lasted until the summer where it flourished in the sun beams.

This song gave off the feel-good vibes everyone was longing for during the pandemic, and it made the unusual summer feel almost normal again.

People won’t be able to think about summer 2020 without thinking of “Watermelon Sugar” and all the lighthearted joy it brought to listeners all over the world. — Courtney Benedetto 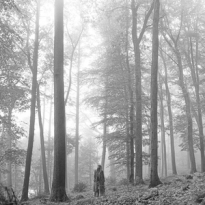 Taylor Swift’s first surprise release of the year, “folklore” is easily one of the year’s best albums, filled with lyrical masterpieces. One that particularly stood out is “august,” written and produced by Swift and her long time collaborator, Jack Antonoff.

The song is a summer anthem, and it tells a story of — well — a summer fling that didn’t end so well. Swift’s masterful storytelling came in once again and told the story of a young woman wanting love from someone who’s already in a relationship.

Instead of blaming the third person in a relationship, Swift made the audience sympathize with them in “august” — she is just a girl who desires to love and be loved.

“August slipped away like a bottle of wine/ Cause you were never mine,” Swift sings in a smoothing tone amid Antonoff’s dreamy production and the big orchestra outro at the end made this song one of the top songs of 2020. — Jimmy Lu


5. "WAP" by Cardi B and Megan Thee Stallion

This collaboration between Cardi B and Megan Thee Stallion turned some heads for its blatantly provocative lyrics, but the shock factor also led to its major success.

“WAP” rose to the top of the charts despite the backlash. Instead, the two female rappers claimed their thrones as the hip-hop forces to be reckoned with.

The simple hip-hop beat and catchy background vocals behind the jaw-dropping lyrics make this song a bop even if people have to listen to it multiple times to shake their disbelief.

“WAP” also grew in popularity on TikTok as the background song for many videos. The song even inspired a new dance that went viral.

Anyone who can accept the raunchy lyrics of the song can agree that “WAP” is a hit for not only its intriguing controversy but its repetitive rhythm.

Out of the countless shocking things attributed to 2020, “WAP” is certainly one of them that will go down in history. — Courtney Benedetto