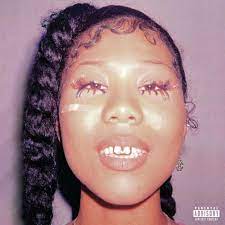 That one song on the album you never add to your library, but tolerate.

21 Savage but, on a beat meant for Drake.

This one has a nice beat, but is forgettable on an album of bangers.

This track has the vibe of a Halloween party.

The only track on the album where 21 had a better verse than Drake.

Wouldn’t be surprised if this whole track was a freestyle, it has that head-nodding vibe.

Has the sound of IMY2 by Drake on his previous album; Certified Lover Boy, a very chill track.

The sentimental, heartbreak song that’s you usually find on every Drake album.

The song on the album that you’ll hear the most on TikTok.

This track makes you want Travis Scott to hurry up and release a new album.

This would be the rap song you want to hear while getting a massage.

Whenever you’re feeling yourself, turn this track on.

You’ll probably hear this at every basketball court and gym at some point this year.

The song that can get the party going and flowing.

The sample is amazing and the flow from beginning to end notches this at the number two spot.

Put this song on when you’re driving during a sunset, the vibes will be top notch.

Demarco Rush is a third-year majoring in communications. To contact him, email dar5802@psu.edu.

Demarco Rush is a third-year junior majoring in communications. He is a DJ for CommRadio, writer, and a sports enthusiast. Demarco also is a former college basketball player at Penn State Beaver. Some of his interests are film, screenwriting, music, sports, and design. To interact with him follow his Instagram @_drush or email .(JavaScript must be enabled to view this email address).