Talking Heads were a band that thrived on making the uncool cool.

Formed in 1975 by three former art students, Talking Heads would go on to produce legendary albums that had the rare distinction of being beloved by critics and mainstream audiences alike.

During their nearly 20-year run as a band, the group would see all but one of their albums certified gold or higher by the RIAA, release one of the most critically acclaimed concert films in “Stop Making Sense” and be inducted into the Rock and Roll Hall of Fame in 2002.

Here’s a list of the band’s top five studio releases (which sadly means “Stop Making Sense” will be excluded from this list). This chronicles their rise from new age art school band to bonafide—albeit unlikely—rockstars. 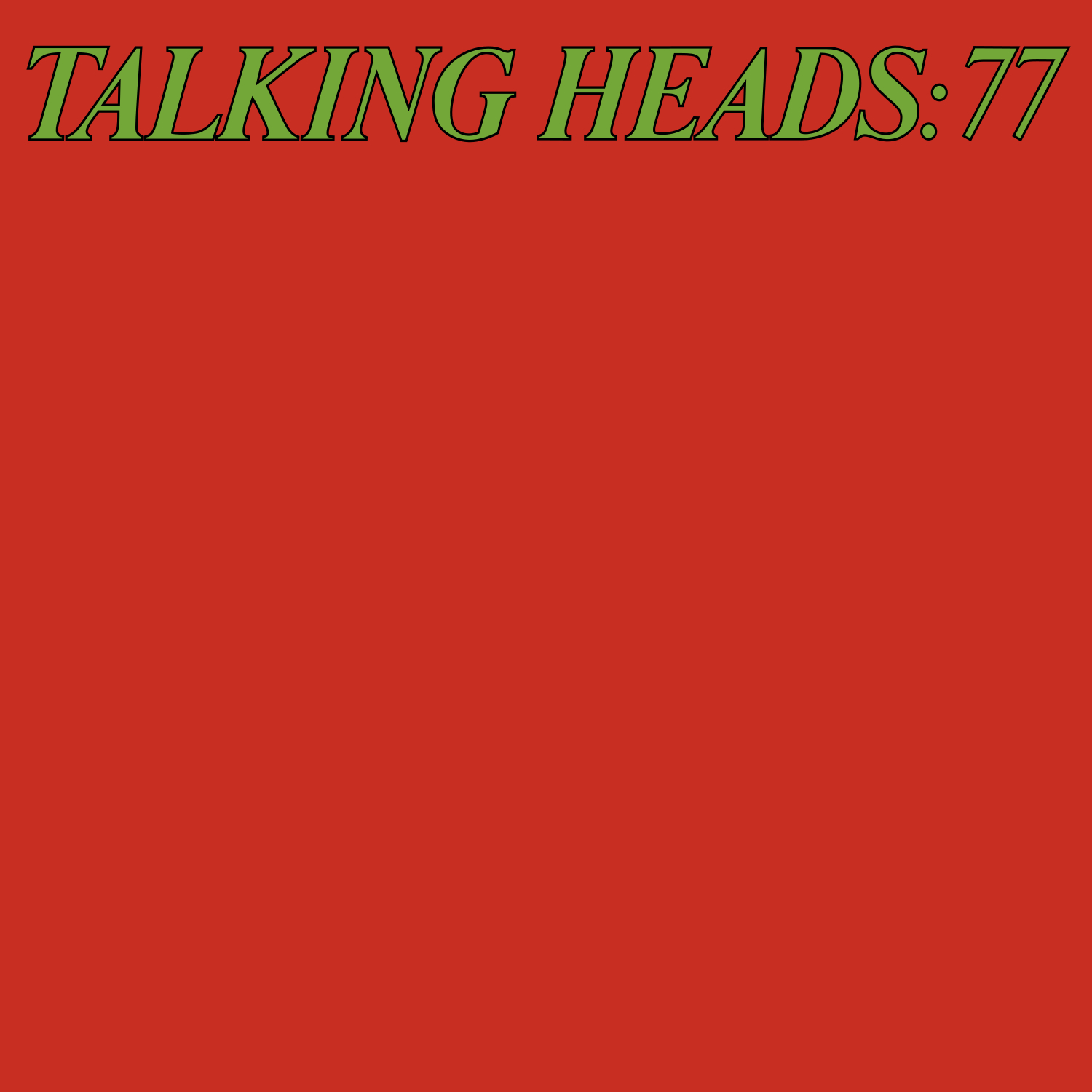 The album that started it all. Even though the group was still trying to form its sound, Talking Heads’ debut still sounded like nothing else on the radio during the late ‘70s. This would be exemplified by one of the Heads’ biggest hits “Psycho Killer,” which features a part of the chorus and a whole verse entirely in French.

With one of the most distinguished bass lines in rock music, “Psycho Killer” was able to introduce audiences to the still newly formed band that had just cemented its lineup with the addition of everyman Jerry Harrison.

Their debut would also introduce audiences to the wildly imaginative lyrics of David Byrne. In “Don’t Worry About the Government,” Byrne details the comforts that come from mass industrialization while he shows his disdain for people complaining about their problems to him in “No Compassion.”

The sentiments Byrne sings on the debut are matched with infectiously danceable music. “New Feeling” and “Uh-Oh Love Comes to Town” are explicitly groovy tunes that would earn Talking Heads the distinction of being the thinking man’s dance music.

For a debut, “Talking Heads: 77” would be a remarkable record for any band at any time, but for Talking Heads, it would be just the beginning. After their debut, the band would seek the assistance of famed producer Brian Eno to push their sound to the next level. 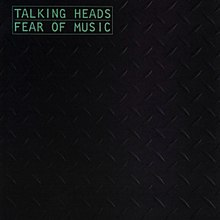 By 1979, Talking Heads had firmly established themselves in the music industry. Two albums in and one U.S. Top 40 hit cemented them as heavyweights in the music world, no longer relegated to being an opening act for bands such as the Ramones. With this success came added pressure, which is encapsulated on the adequately titled “Fear of Music.”

Throughout “Fear of Music,” the lyrics sung by Byrne start to take more of a dystopian shape as opposed to the seemingly normal scenarios Byrne sang about on the group’s first two albums.

On “Life During Wartime,” Byrne sings from the perspective of a soldier stuck in a territory that contrasts the comforts of the United States drastically. Yelping about not having any music to listen to while having to ration peanut butter, Byrne’s lyrics take the scattered thoughts of his subject and meshes them perfectly with the deceivingly upbeat music.

“Fear of Music” also features some of Talking Heads’ most beautiful music. The track “Heaven” is built around a beautiful piano ballad as Byrne sings about how heaven is a place where nothing happens, while the breezy “Air” features a luscious arrangement of backing vocals that compliment the track perfectly.

What’s most important to note about “Fear of Music” in relation to the progression of Talking Heads sound is the increased influence African music had on the group.

Most apparent on album opener “I Zimbra,” producer Brian Eno’s influence on the group became increasingly apparent on the record. The noted producer layered multiple tracks with little tidbits of sound that made “Fear of Music” an album that can be revisited time and time again. 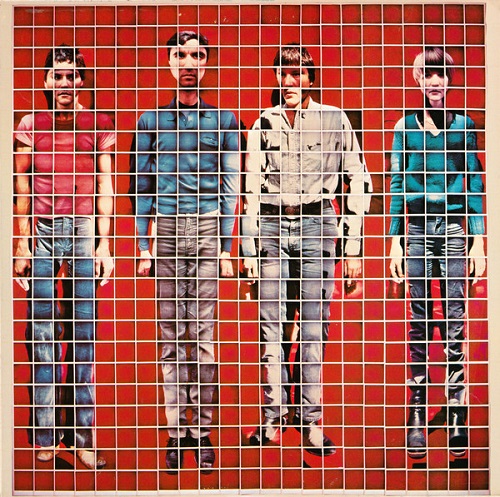 The first of three straight albums to collaborate with producer Brian Eno, “More Songs About Buildings and Food” remains one of Talking Heads most groovy and danceable records in their discography.

Showing the major strides the band took since the release of their debut, “More Songs” remains a favorite among Talking Heads fans as a standout from the group’s earlier works. Featuring a slew of great tracks ranging from the upbeat “The Girls Want to Be with the Girls” to the pulsating “Artists Only.”

Byrne’s unusual singing style is most apparent on this record. On “Found a Job,” the listener is treated to tales of a husband and wife who create a TV show after complaining about the lack of quality programming. “Artists Only” also features a yelping Byrne shouting about the paintings he’s working on that can’t be seen until they're finished.

The unsung heroes of this album are Chris Frantz and Tina Weymouth. The husband-wife pair do a fantastic job of holding up the steady grooves throughout the album, which give Byrne and Jerry Harrison enough room to add their flair to each track.

What puts “More Songs” above the previously mentioned releases is in the record’s consistency. The record flows remarkably well and features some of the best moments in Talking Heads discography. One of the best songs that encapsulates the energy of the record is the album highlight “I’m Not in Love,” which displays the Heads’ ability to turn any song into an all-out jam packed with frantic drum-playing and punching guitars.

While “Talking Heads: 77” put the New York art band on the map, it was “More Songs” that thrust them into the critical spotlight. The band’s first Top 40 hit in the rendition of the Al Green classic “Take Me to the River” assured the Heads staying power for however long they desired it. 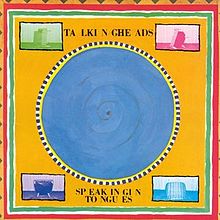 Arguably one of the most accessible Talking Heads albums also happens to be one of their best. Featuring a consistent and concise nine songs, Talking Heads returned to a more pop-oriented sound after three collaborations with Eno.

Among the tracks featured are two of the Heads’ most popular numbers. “Burning Down the House” cracked the top 10 singles chart in the U.S. while “This Must Be the Place,” which also reached the Billboard Hot 100, ranks among the most vulnerable and beautiful tracks the band created.

Catchy tunes such as “Girlfriend Is Better” and “Pull Up the Roots” populate the record, while more downbeat tracks such as “Swamp” and “Moon Rocks” offer a danceable alternative that takes time to fester in the electronic atmosphere keyboardist Jerry Harrison has created.

What makes “Speaking in Tongues” a standout in the Heads discography is that the band sounds looser and more confident than on previous releases. With very little left to prove, Talking Heads proved their hit-making power in the form of their charting singles. After the resounding critical success of “Remain in Light,” Talking Heads proved that it didn’t require a critical ear for listeners to enjoy the band’s work.

“Speaking in Tongues” was a statement that showed even without the help of Eno the group could still produce a fantastic record layered with multiple sonic nuggets. The album culminated in a tour that saw the production of “Stop Making Sense,” which showcases the energy that Talking Heads displayed during their peak of popularity. 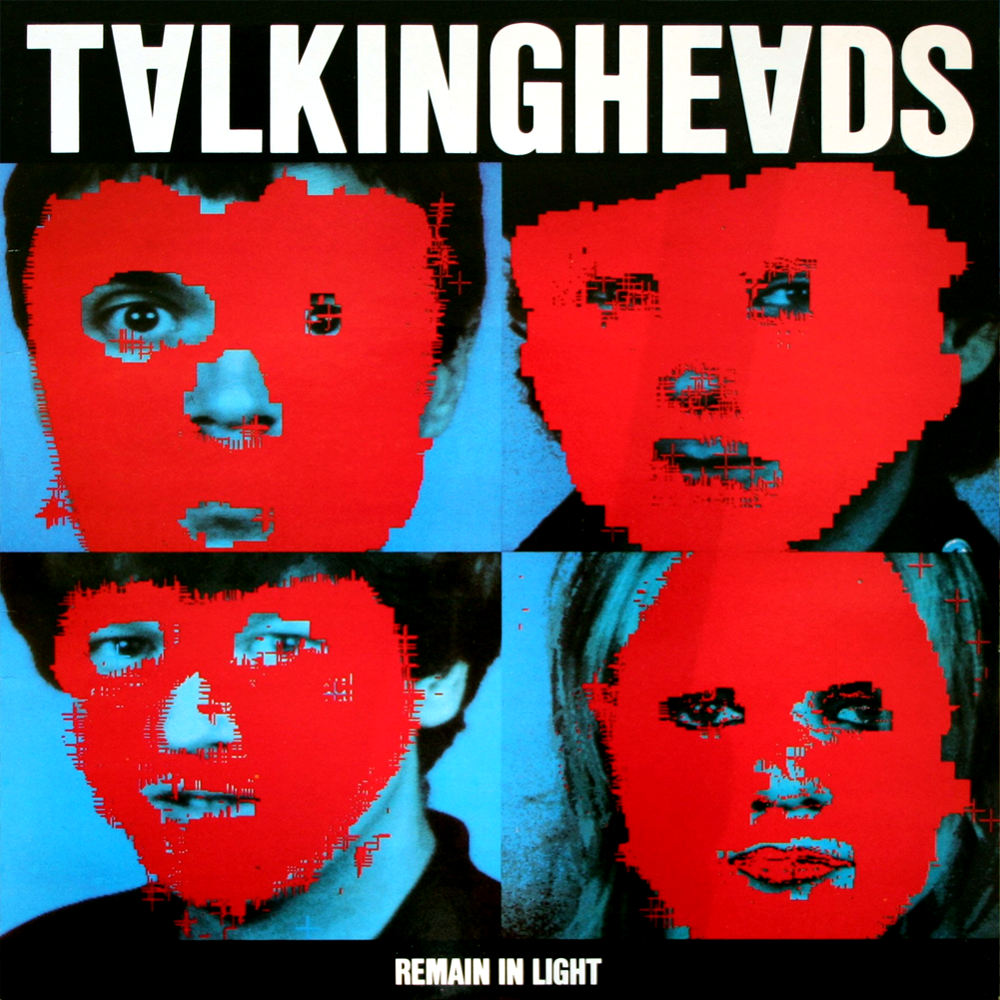 Many critics and Talking Heads fans consider “Remain in Light” to be the critical apex for the band, and it’s not hard to see why.

“Remain in Light” was the culmination of years spent working with Eno and the influences the band picked up on the way. Taking inspiration from African artists such as Fela Kuti, Talking Heads made a record filled to the brim with sounds and rhythms with nearly no wasted second on the record.

“Crosseyed and Painless” remains one of the greatest Talking Heads numbers to be made, as the song features a plethora of rhythms meshed together while Byrne discusses how facts don’t do what he wants them to. Byrne also takes a verse to rap, which is worth noting because hip-hop was still new and just coming out of New York City.

“Once in a Lifetime” is a highlight track off the record; the pulsating bass line complimenting Byrne’s lyrics of water flowing underground to symbolize the passing of time in our lives.

Where “Remain in Light” thrives is in being the most concise and realized record in the band’s discography. As soon as Byrne grunts to start “The Heat Goes On,” the band doesn’t drop the ball for the rest of the album. As listeners progress through the record, they’re treated to one of the most layered records in American history.

It’s also important to note the album was produced during a time of internal conflict in the band, as Weymouth and Frantz considered leaving, feeling disrespected by the power dynamic that was forming in Byrne and Eno’s favor. Ultimately, it would be “Remain in Light” that would eventually lead to the band’s breakup nearly a decade later over songwriting disputes.

While Byrne was the undisputed leader of the group, the contributions made by the remaining members can not be overstated. Weymouth and Frantz always contributed amazing backing tracks that allowed Byrne to shine, and Harrison’s versatility provided much needed depth to a band that always pushed the boundaries of what rock music could sound like.