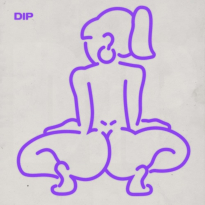 One of the more exciting singles released this past week is “Dip” by Tyga, featuring Nicki Minaj. Nicki and Tyga have teamed up for the first time in a span of years and they did it with a bang. As expected, this is a party song that people can dance to. It features a violin, hip hop and popish beat that is catchy after you hear it once. Tyga has been putting out singles here and there the past few months so a lot of his fans are wondering what is coming next. Both artists used to be young money record mates and now have teamed up again. Expect to hear this song often at bars and nightspots for a while. -- Jibril Washington 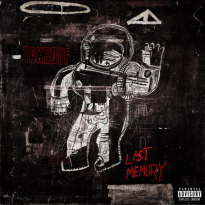 Quavo isn’t the only Migos member who wants to showcase his skills as an independent artist. Takeoff dropped a single this past Friday, “The Last Memory,” which is his first solo single off of his upcoming solo project. The track has infusions of what a usual Migos’ song would sound like with the futuristic sound, but Takeoff makes it his own. The song’s intro has a slow start to it, but as it progresses, the bass picks up and Takeoff’s enthusiasm elevates, showing the song’s potential. It’s not a typical “hype” song that Migos seem to create on a daily basis, but it won’t be a song that people push to the side after one listen.

“The Last Memory” is a teaser from Takeoff’s first solo album, The Last Rocket, that is planned to be released on November 2. Although Quavo and Offset have been in the spotlight because of the multiple solos or joint projects they’ve worked on, Takeoff seems ready to take on his role as a solo artist too.  -- Emily Mugno 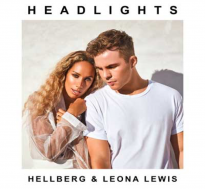 Swedish DJ Hellberg teamed up with British singer Leona Lewis on his most recent track, “Headlights.” One of the more underrated artists in the genre, Helberg's deal with Sony Music will help him find a larger audience.

The evolution of Hellberg into the current House/EDM sound is evident as it is more subdued than some of his other tracks. This shift works due to the current state of the genre with a more acoustic feel with piano and acoustic guitars blending with the electronic beats and accents beautifully.

This song will easily fit into any party or stadium playlist with its upbeat summer vibe, and Lewis’ beautiful voice fits in seamlessly with the vibe of the track. The upbeat song has a rather somber subject about a woman finding her boyfriend cheating on her, but she learns to not need his love, she will be her own light. Hellberg’s tracks always entertain, and this one is no different. -- Owen Paiva 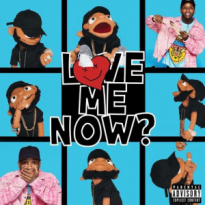 Canadian hip hop rapper, Tory Lanez has given his fans a bunch of music to look forward to this past weekend. Tory Lanez dropped his new album on Friday, LoVE me NOw, featuring artists such as Chris Brown, Meek Mill, Trey Songz etc. The fifteen track album gives Tory Lanez the time to talk about his start, who went against him and how he shined through it all. He then proceeded to drop a song with Gunna called “MiAMi”. The track is about the lavish life of a rich man who is simply balling out in Miami living his life.

As Tory Lanez is making a lot of money, he tells how he did a lot to get where he is. Tory Lanez goes a bit deep in the song when he talks about smoking because “blunts are full of numb.” He has been hurt by people he could trust and overcame those tragedies by doing what he does, being an artist.

What makes the song catchy is definitely the beats mixed in the background. It’s more fast-paced with continuous beats and chiming sounds that play along and synchronize with the lyrical flow. This song is perfect when getting ready to go out or when you want to get hyped up. Tory Lanez makes sure to point out every time in the chorus, “You know gangstas don’t die, they get chubby and move to Miami …”. Advice to all who are successful, listen to Tory Lanez and move to Miami! -- Rachel Miloscia

Jibril Washington is a senior majoring in broadcast journalism and minoring in theatre arts. To contact him, email at jibrilwashington@gmail.com.

Rachel Miloscia is a junior majoring in telecommunications. To contact her, please email her at rmiloscia34@gmail.com.