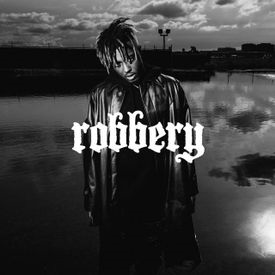 Juice Wrld, known for his heartbreak music with gloomy lyrics and somber vibes, is back at it again with the release of his lead single “Robbery” for his upcoming album, “A Deathrace for Love.”

Teaming up with producer Nick Mira, Juice heads back to the roots of his first studio album “Goodbye & Good Riddance,” delving deep into his feelings to express his thoughts about the lover he once had. Clearly the heartbreak Juice endured still sits with him heavily, as does the substance abuse and depression that came with it.

Juice Wrld offers an upbeat spin to “Robbery,” with a smooth melody of piano and 808 serving as an uplifting vibe. This, combined with the expression of leaving his old self behind, shows that Juice Wrld is trying to leave the heartbreak and despair in his past.

With “A Deathrace for Love” scheduled to drop March 8, Juice Wrld will undoubtedly be captivating the young and heartbroken who can relate to the pain and depression associated with the loss of someone you love. – David Saggio 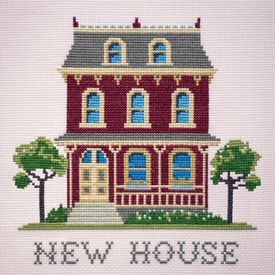 On his latest single, the British singer-songwriter pens about introspection and a newfound looming necessity to create music now that people are expecting it.

“It doesn’t come that easy anyway / Every time I try, it never feels the way it did at the start.”

Rex sort of came out of nowhere with a cult, following 2016 debut album that led down this road of endless collaboration and praise. At only 20 years old, Rex is a virtuoso when it comes to piano progressions.

From major sevenths to diminished ninths, he’s always found a way to combine classical jazz with modern pop. So, it shouldn’t come as a shock that the first minute of “New House” highlights his craftsmanship well.

Rex deploys a quick change of pace after his piano lude, switching up for a slight use of auto-tune and deep synth chords as he raps his way through frustrations in a media-centric world.

During the eclectic changes of rhythms and flows that Rex elects to use in the single, the chorus remains the same. It’s a simple ode to his girlfriend keeping him sane throughout all of the stress; no matter what he chooses to do musically she’ll be there for it.
Is a new album on the way? Who’s to say… but this was still a nice Valentine’s Day present regardless. – Matthew Dunn 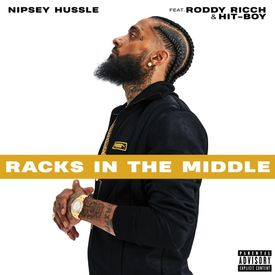 The now Grammy-nominated Nipsey Hussle shocked fans with an unannounced track, “Racks in the Middle.” The track is introspective in the best way. Nipsey talks about his rise from rags to riches, but that it didn’t fix all his problems. He mourns a fallen friend, talking how all his money and awards can’t bring him back. He has the money to bail out some of his friends, but hopes they actually will be let out. The track hits hard lyrically, as Nipsey finds a perfect mix of grit and emotions to make an outstanding track.

The beat by Grammy-nominated producer Hit-Boy (also known for “Sicko Mode” and “Backseat Freestyle”) is very clean. The little synth riffs match with the heavy drum beat, making a melancholic backing to match the lyrical tone of the song. Roddy Rich’s chorus is catchy, and has the right amount of autotuning to enhance it rather than hurt it. The single leaves his audience excited for the upcoming album, expected to drop sometime this year.  – Owen Paiva 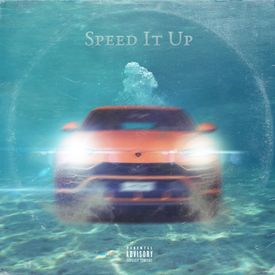 Gunna is back with another release, his second single of 2019 titled “Speed it Up.” This release is a follow up to the single “One Call”, which released at the beginning of February. Gunna announced earlier in the year that he will be releasing a sequel to the album “Drip or Drown,” which was released in 2017.

“Drip or Drown 2” is set to release on Feb. 22. Both singles will be featured on the upcoming album, and both features are produced by Atlanta producer Turbo. Expect Turbo, along with other Atlanta regulars, to be heavily featured on “Drip or Drown 2.”

Gunna is riding the hype after his breakout 2018, and will look to follow up the success of his last solo album “Drip Season 3.” The artwork for the album features Gunna underwater with some girls in the background. “Speed it Up” is a slow-tempo song with Gunna singing over the beat. The verses are short and the song itself is repetitive to the listener. However, the song has a smooth rhythm and is easy to listen to. The song lacks content, but Gunna will have more to offer once “Drip or Drown 2” releases. - Connor Trask 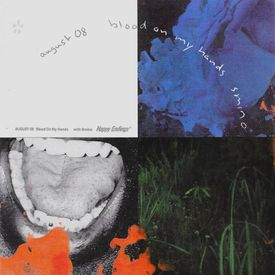 If you’re searching for some new late-night music, look no farther. Los Angeles singer and 88rising member AUGUST 08 returns with all the vibes on his latest single, “Blood on My Hands.” The up-and-coming R&B artist joins St. Louis rapper Smino, as they reflect on the relationship problems caused by their music and increasing stardom.

“Sometimes it feel like I’m in a love triangle. Between my music and the women I love,” AUGUST 08 said on Twitter. The two artists collaborate for the first time over some beautiful, hypnotic production from Sad Money and Govi.

The song starts off slow, leaving you feeling as if you’re stuck in the black void of space, before AUGUST 08’s crooning vocals swoop in and embrace the listener. The energy continues to build as tropical-esque drums join in near the 50-second mark. Smino and AUGUST 08 effortlessly float over the beat as usual, which seamlessly combines elements of R&B, hip-hop, electronica and dance. If this collaboration is any indication, it’s very likely that this won’t be the last time we hear some magic from these two. – Matthew Black

David Saggio is a freshman majoring in broadcast journalism. To contact him email davesag12@gmail.com.

Connor Trask is a senior majoring in telecommunications and minoring in business arts. To contact him, email cstrask97@gmail.com.

Matthew Black is a junior majoring in broadcast journalism. To contact him, email MatthewCBlack20@gmail.com.

David is currently a junior majoring in broadcast journalism. He is from New Jersey.