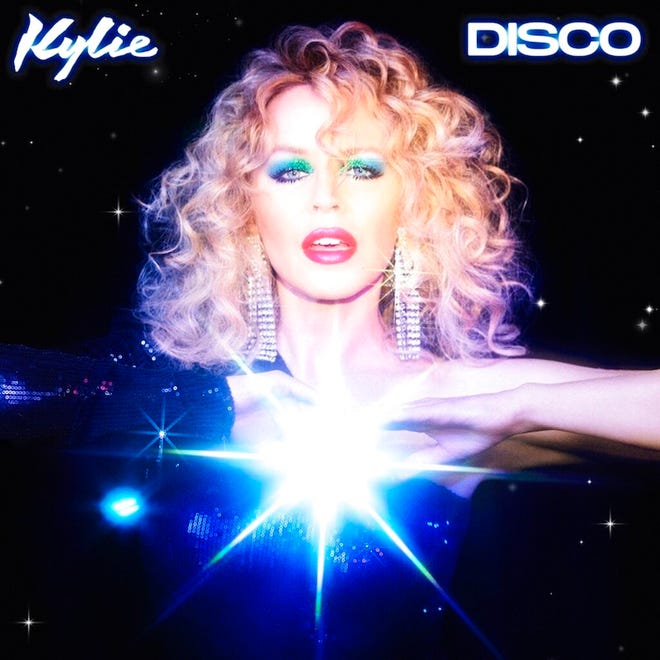 Since 1988, Australian pop star Kylie Minogue has consistently released music. Her long and successful career includes winning a Grammy and being considered the “Princess of Pop.”

Although this generation may not recognize Minogue’s name, anyone who played the original “Just Dance” on the Wii may remember dancing to her hit song “Can’t Get You Out Of My Head.”

At the age of 52, Minogue dropped her newest single “Real Groove” as a sneak peak to her 15th album “Disco.”

This single brings back ‘80s and ‘90s disco vibes with a modern pop twist. While Minogue is no longer at the top of the charts like she was in the early 2000s, she still knows how to deliver catchy tunes for her longtime fans.

“Real Groove” is the type of song that people will find themselves tapping along with and grooving to despite the outdated disco beat.

The longevity of Kylie Minogue’s career proves that passionate musicians are never too old to create music and entertain.  —Courtney Benedetto 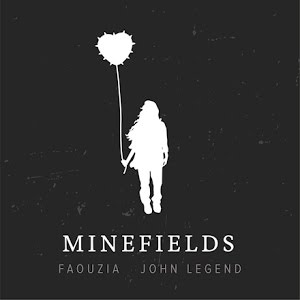 Faouzia and John Legend’s single “Minefields” is a beautiful mix of elegance and heartfelt storytelling about a love affair.

Legend is a well-known artist in the talent industry and is very well respected by his peers and fans. Faouzia is an upcoming singer/songwriter who is working on building up her name and making a career for herself. The two collaborating on “Minefields” was beneficial for both artists to gain supporters from one another.

The duo’s voices blend perfectly together through harmonization and individual spotlight verses. A lighthearted and simple beat behind their voices contributes to the relaxing atmosphere that “Minefields” brings to the table.

There are brief and subtle moments throughout the single where the instrumental breaks off and garners for a dramatic moment of just Faouzia and Legend’s voices harmonizing with one another, bringing chills to listeners.

“Minefields” is crucial for slow mornings, late nights, or an “in your feelings” playlist and can be listened to over and over again without getting old.

Although Faouzia is not immensely well known in the industry thus far, “Minefields” will bring her more recognition throughout America.

Be on the lookout for Faouzia’s new album, expected to come out in December 2020, and for more passionate songs with exciting features.  —Savannah Scarborough 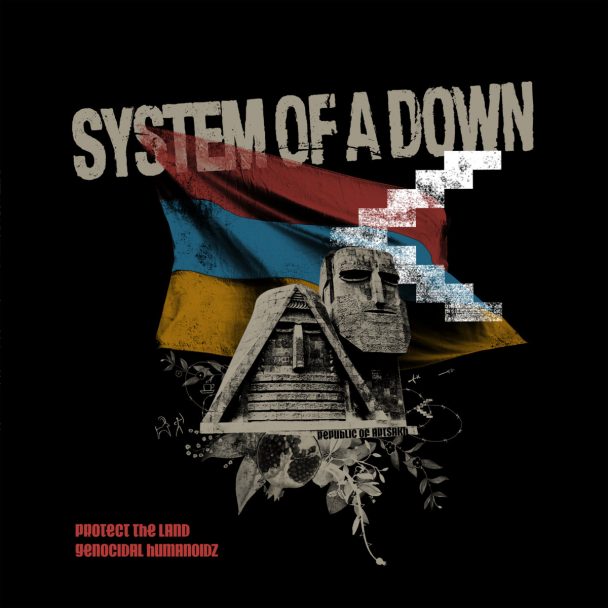 System of a Down – "Protect the Land" / "Genocidal Humanoidz"

After a 15-year hiatus, the Armenian-American metal band System of a Down, has dropped two new surprise singles.

The singles come amid the conflict between Armenia and Azerbaijan, which both songs are about thematically. All proceeds from the music will go to the humanitarian organization Armenia Fund.

Lyrically, “Protect the Land” salutes those in the Armenian armed forces and praises them for making sacrifices to protect the nation’s people.

There is even a reference to the Armenian Genocide, a very significant issue to the group: “Some were forced to foreign lands/Some would lay dead on the sand.”

Both lead singer Serj Tankian and guitarist/background vocalist Daron Malakian sound just as good as they did a decade and a half ago. They trade off on certain lines but harmonize phenomenally when they sing together.

The song is relatively slow-paced and ultimately clocks in over five minutes in length. The distorted guitar riffs sound refined and crisp. Every member of the band plays their heart out and rocks the song.

“Genocidal Humanoidz” brings frantic intensity in half the length of the previous track. The guitar riffs are much crunchier, and there is more vigor in both Tankian’s and Malakian’s voices.

The verses are very repetitive, but they balance dissonance and resolution perfectly, as Malakian’s voice stands out on melodic breaks. The track is incredibly catchy, and although it is about a very serious topic, it is a lot of fun.

Both tracks came at a perfect time, and they exceed expectations in quality. System of a Down has reminded audiences that it has been missing for an extended period, and now fans should get excited for what’s to come.

As of now, no new project has been announced, but “Protect the Land” and “Genocidal Humanoidz” should be able to hold fans over for some time.  —Caelan Chevrier 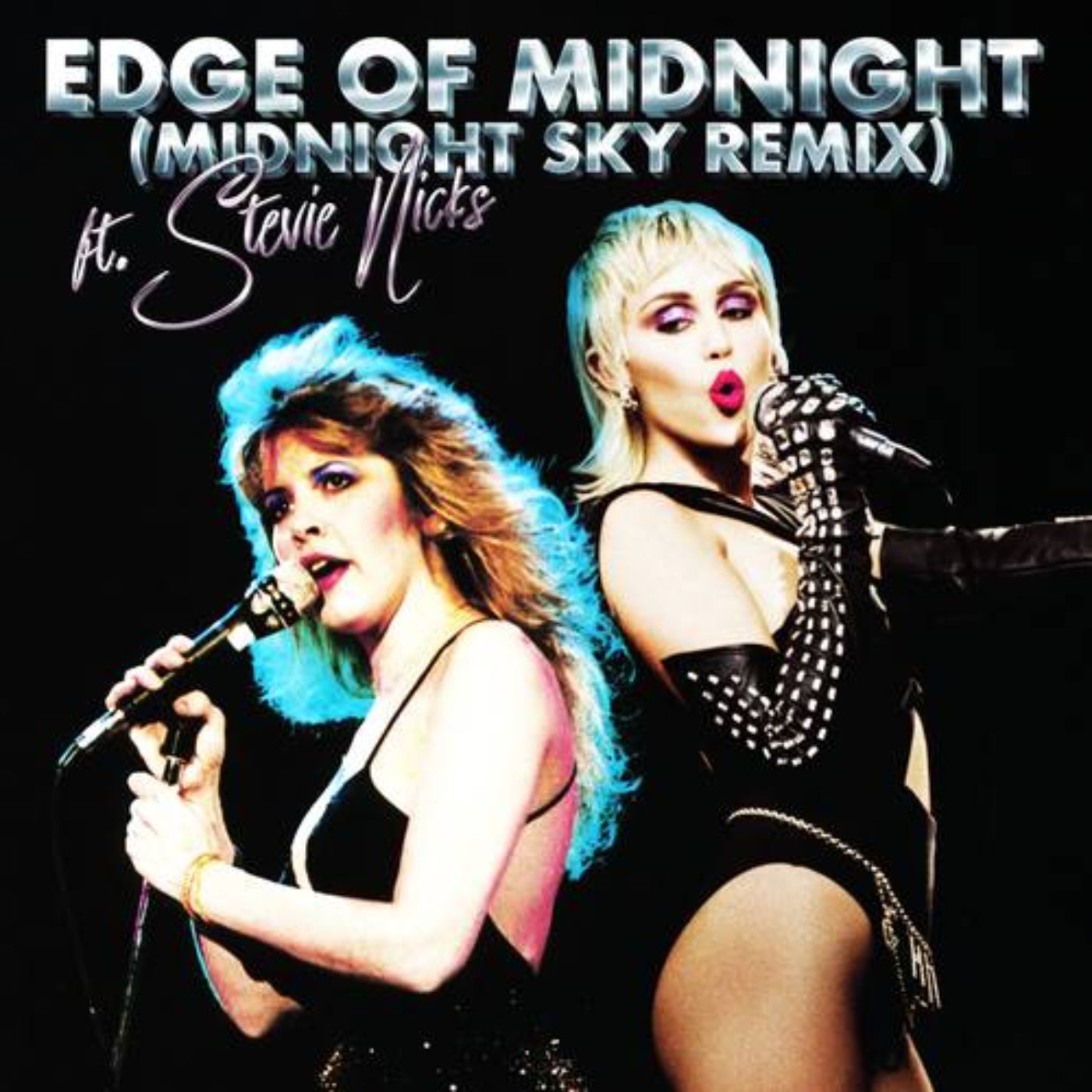 Miley Cyrus and Stevie Nicks released “Edge of Midnight” on Friday with much anticipation from fans.

The song is a combination of Cyrus’ lead single on her upcoming seventh studio album “Midnight Sky” and the classic “Edge of Seventeen” by Nicks.

Before the release, Cyrus took to Instagram and wrote: “Stevie Nicks has always been my idol and an inspiration. It’s an honor to now call her my friend and collaborator.”

The catchy tune, which dropped at midnight, opens with the famous, infectious introduction of “Edge of Seventeen” followed by Cyrus’ strong vocals. The beat then drops, accompanied by guitar and piano. Toward the end of the song, the duo sings with no backup music.

Ultimately, the two songs mesh well together for a retro-pop masterpiece. “Edge of Midnight” can remind listeners of a song that would be in a movie montage.  —Courtney McGinley 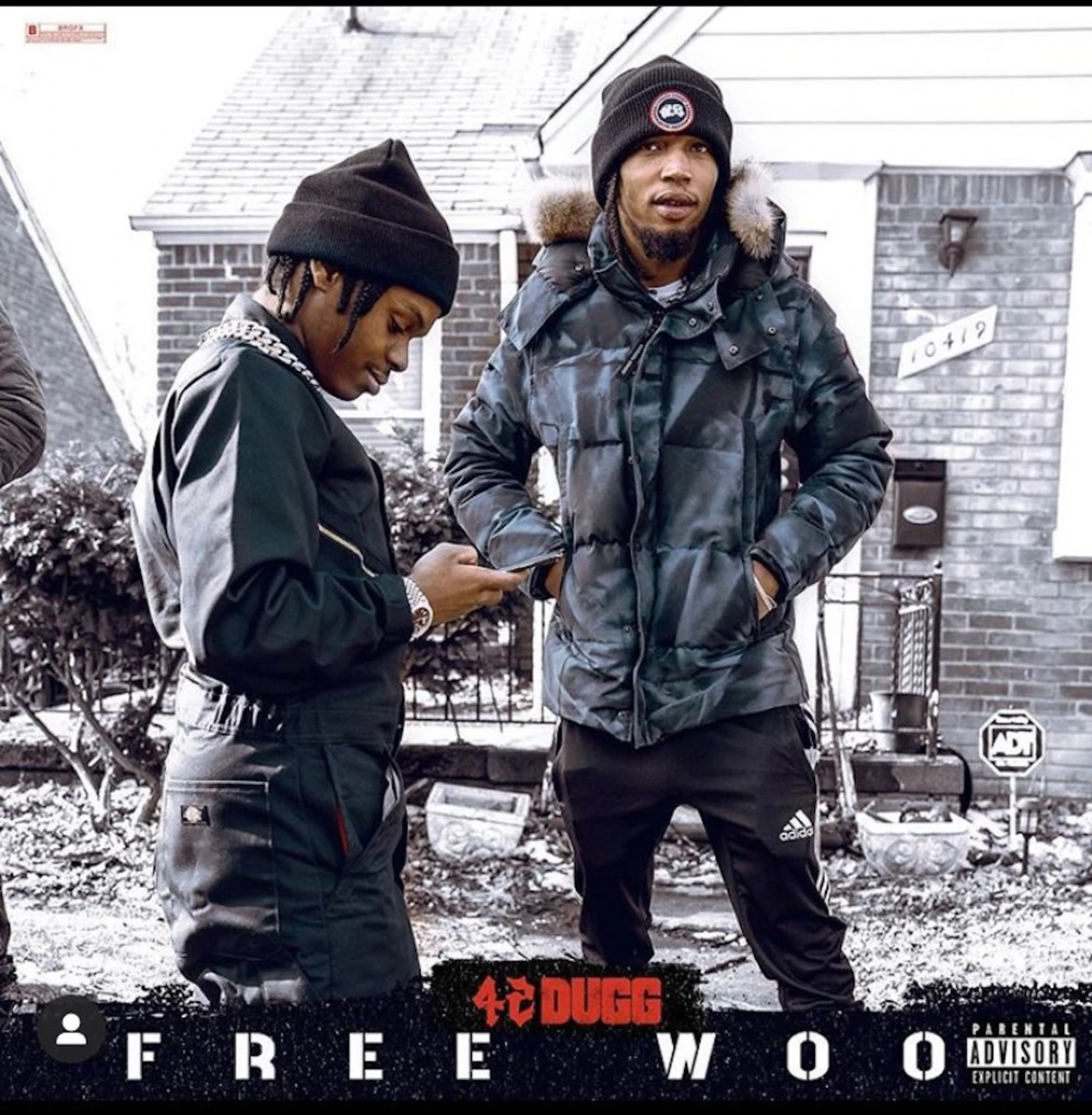 42 Dugg looks toward the future of his bright rap career while also shouting out the people who got him here.

Fresh off an appearance at the BET Awards, the Detroit rapper dropped the second single off his forthcoming album, which calls for the release of his incarcerated friend from back home. The highkey beat, produced by FlexOnDaBeat, is tinted with a dark wub that encompases the track, emphasizing 42 Dugg’s street sound.

“Hold me down, never know what tomorrow brings/Help me out, if I eat, we all eat,” 42 Dugg raps on the track, acknowledging the loyalty the Lil Baby disciple holds to his crew.

Riding the high of a big year, emphasized by the smash hit “We Paid” that was made with Lil Baby and appearances on other songs, Dugg is capitalizing on the attention he has received. “Free Woo” is a welcome addition to the rapper’s young discography and generates excitement for his next project.  —Paul Martin 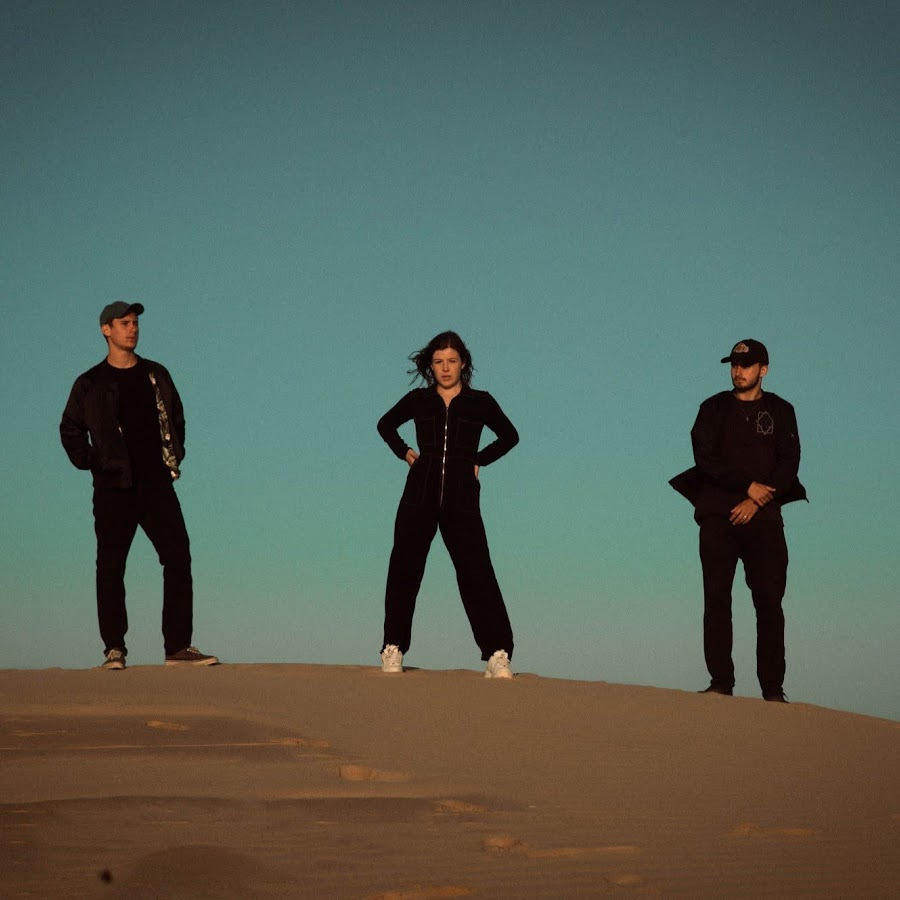 “Fearless” is the latest single from the pop-electronic trio Laszewo. This song differs from their typical EDM-style tracks and takes a more mellow approach. The song is more ballad-like, which works really well with Keeva Bouley’s raw vocals.

Bouley sounds amazing on this lo-fi track that showcases her vocals like never before. In the majority of Laszewo’s songs, the beat takes front and center. But here, Bouley sounds spectacular in the forefront.

But the beat also works really well within the song. Although it is a slower song than Laszewo’s other tracks, they still have a bridge that showcases a chill vibe and amazing lyrics. The double-entendre usage of the word “fearless” is notable.

This is a really unique, memorable track from the trio. Bouley sounds incredible, the lo-fi beat shines and the lyrics are very intriguing. Although this song can be slow and leaves a little to be desired production-wise, this track is definitely worth checking out.  —Jack Fresier 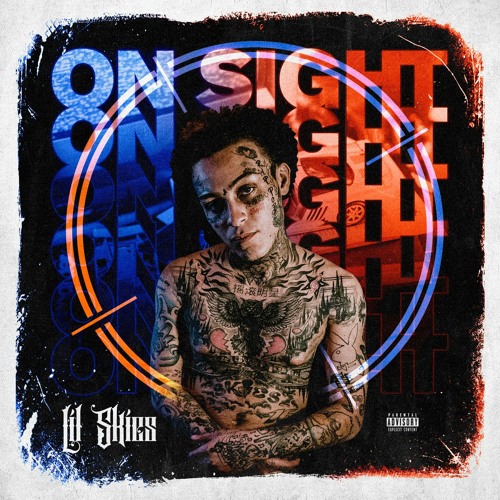 Lil Skies is back with another emotional single, “On Sight.”

“On Sight” opens with chords and some ambient noise that give the track a nostalgic and romantic sound. Busy hi-hats and a slamming clap come in next, finally followed by a hard-hitting kick and bass. The drums are fast and energetic, but paired with the melody, “On Sight” sounds reminiscent and melancholy, all coming together for a track Skies fits perfectly on.

The Chambersburg native is known for his melodic style and focuses more on creating an energy his audience can enjoy rather than meticulously crafted lyrics. “On Sight” is a perfect example of this, and Skies packs a lot of power into his words through his delivery.

There are elements that are both happy and sad, and they mesh extremely well in the song.

Skies hasn’t released a full album since “Shelby” in March 2019, and his relative quietness has a lot to do with his son Ki. Skies has been focusing on his family and raising his son, and he talks about this with this new single.

Skies truly loves his son and in the outro says, “Make the money, stack and save it up for baby Ki/I give him everything, I promise a better life,” which is a really sweet ending to an emotional track.

Overall, “On Sight” is a solid release from one of Pennsylvania’s most prominent rappers right now.  —Jimmy Gonzales