So Very Presidential: The Best Portrayals of U.S. Presidents in TV and Film

With Election Day having come and gone and the United States still uncertain about who the president will be, the CommRadio Arts & Entertainment staff takes a look at some of the best portrayals of the commander in chief on the big screen. 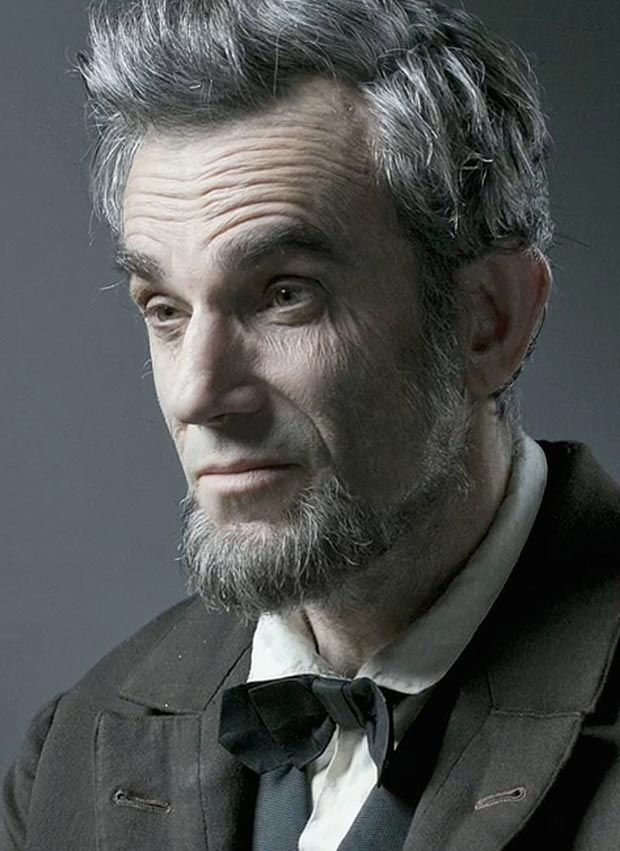 There have been many actors that resemble their presidential roles. However, few can compare to Daniel Day-Lewis’ uncanny resemblance to Civil War-era President Abraham Lincoln.

Portraying the Kentuckian in Steven Spielberg’s 2012 biopic “Lincoln,” Day-Lewis perfectly captured the president’s looks and behavior, and even takes on a fairly accurate rendition of Lincoln’s voice. Day-Lewis took home a Best Actor Oscar for his performance.

It was no question among the cast, crew and viewers alike that Day-Lewis was born to play the 16th President of the United States, with so many features in his face, hair, and even his amazing height of 6 feet 4 inches.

Day-Lewis was also noted as keeping in character and maintaining the accent all day on set, with James Spader stating that “I think that’s really the only way one could do that.”

Of all the portrayals of President Abraham Lincoln, Day-Lewis was by far the best there could ever be.  —Colton Pleslusky 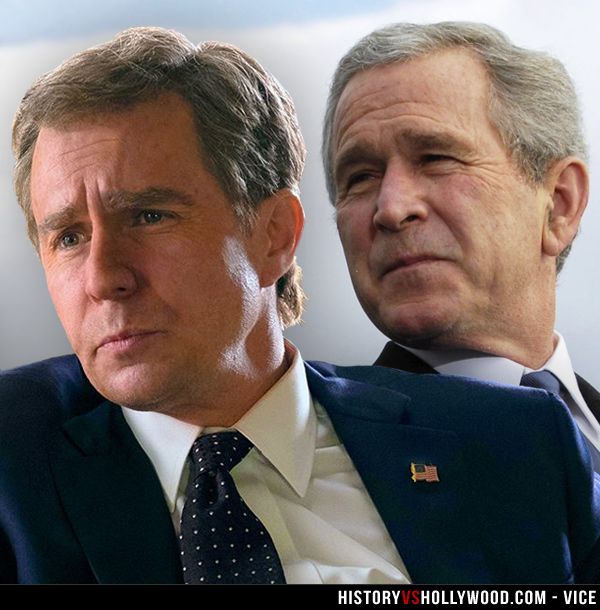 Receiving an Oscar nomination for his role, Rockwell looks and sounds the part perfectly, as he navigates the emotions and actions Bush faced when Cheney was in his ear acting as a shadow president. While Rockwell brings the energy of the frat boy persona that Bush brought to the White House, he also knows that Bush did a great job of unifying people and allowed for the viewer to gain a better understanding of the 43rd President.

Rockwell’s performance also conveyed an understanding of how Cheney became the most powerful vice president in the history of the United States. Even though George W. Bush wasn’t the smartest president, he was a straight shooter, and that’s what Sam Rockwell brought with his performance.  —Paul Martin 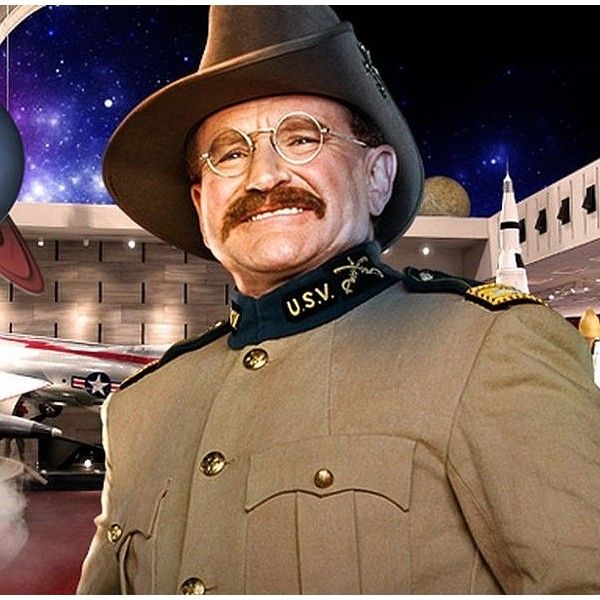 Robin Williams as Theodore Roosevelt (“Night at the Museum”)

One of the more lighthearted portrayals of a U.S. president, Robin Williams seemed like the obvious choice to play Theodore Roosevelt in the 2006 comedy “Night at the Museum.”

Bringing to life a president nearly 100 years after he left office, Williams brings to the role what he seemed to have brought to every character: enthusiasm.

While people usually think of the 26th president as the macho man he was painted to be, Williams offers another glimpse to Roosevelt—one that shows him as a leader of men. Giving courage to Larry, the main character portrayed by Ben Stiller, Williams understood the influence that Roosevelt wielded over people in the ability to give them the courage to chase their dreams even in the face of hardship.

Williams brought heart and humor to every role he played, and his portrayal of Roosevelt was no different.  —Paul Martin 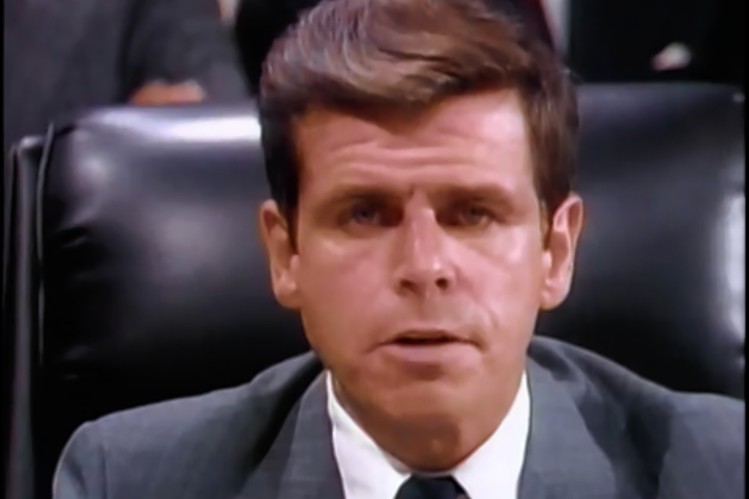 William Devane as John F. Kennedy (“The Missiles of October”)

Starring in the 1974 film “The Missiles of October,” William Devane perfectly captured the intensity of the situation President John F. Kennedy was in.

The film, based on Robert Kennedy’s book about the Cuban Missile Crisis, sees Devane put forth the intensity and the absolute gravity of the crisis, presenting to the audience a president who knows that the lives of millions of Americans are in his hands.

Devane’s representation of JFK during the tense, 13-day standoff with Russian Premier Nikita Khrushchev earned him a Golden Globe as well as an Emmy nod for his performance.

To this day, Devane’s interpretation of Kennedy in “The Missiles of October” is regarded as one of the best.  —Colton Pleslusky 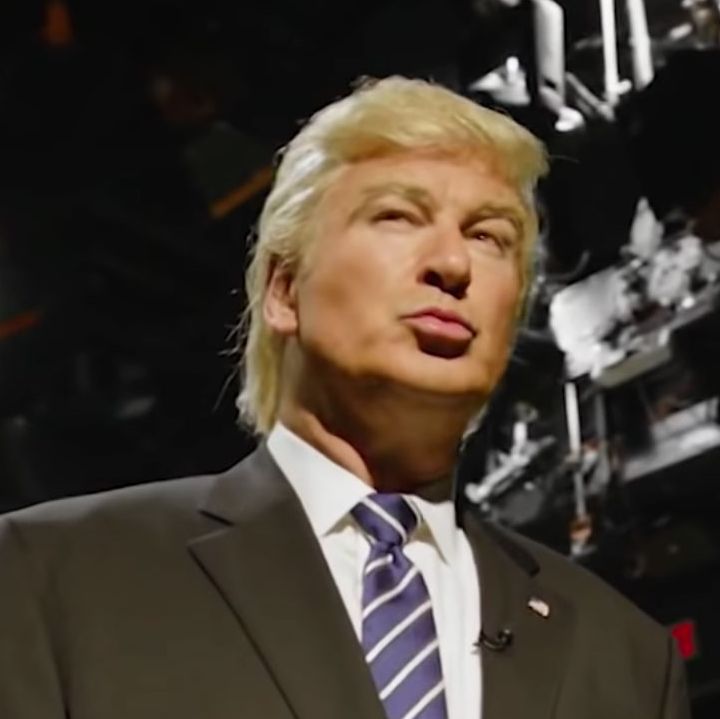 On “Saturday Night Live,” Alec Baldwin is coming close to joining Dana Carvey as the only person to portray a president's entire presidency on the show.

Impersonating Donald Trump isn’t an easy task, yet Baldwin makes it look like second nature. When much of what comes out of Trump’s mouth sounds like something an “SNL” writer could come up with, Baldwin makes sure that his impression resembles the most memorable statements the 45th president says.

While it will be interesting to see how the next president will be portrayed on the show, it’s clear that Baldwin’s Trump will go down as one of the best portrayals in the show's storied history.  —Paul Martin