The Best Episodes and TV Specials to Watch This Thanksgiving

Thanksgiving is just around the corner. As we begin to celebrate a time of being thankful with family, food and football, Jade Campos and Courtney Benedetto revisit some of the best Thanksgiving TV specials that could serve as your perfect after-dinner family viewing. 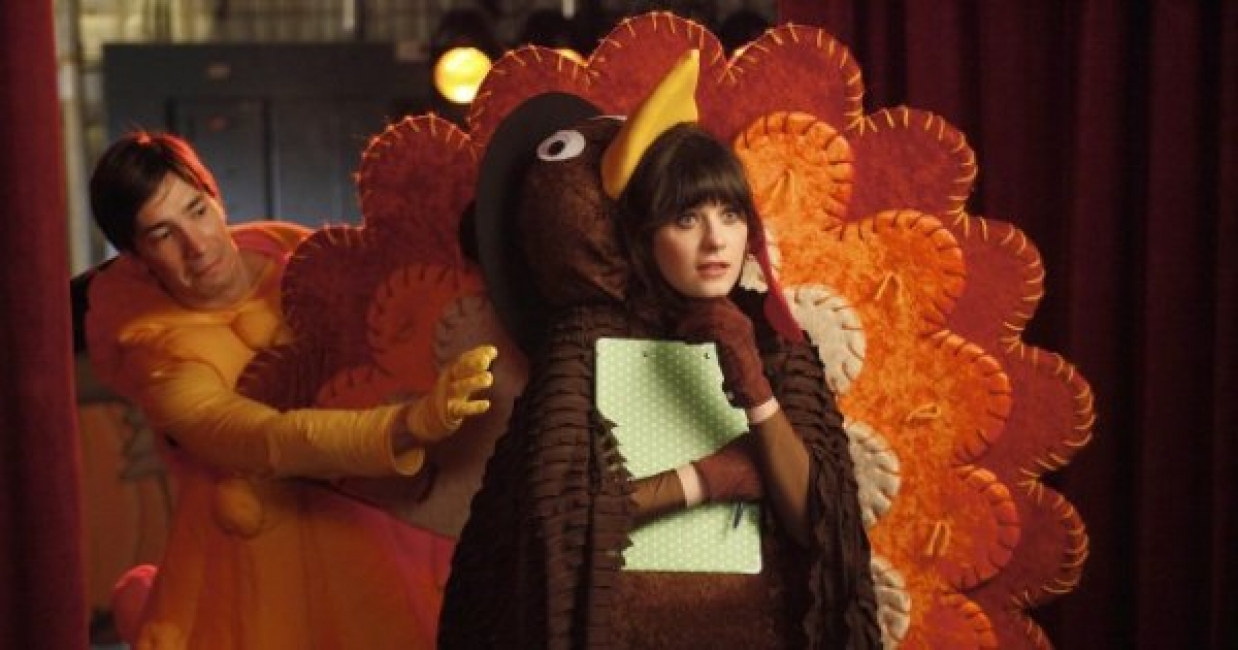 “New Girl” has a tradition of creating Thanksgiving-themed episodes, and they did it best with the very first one.

When loftmates Jess, Nick, Schmidt and Winston share their first Thanksgiving together, the holiday takes a wildly crazy turn for the worse.

While Jess tries to impress her date Paul, the rest of her friends manage to ruin dinner and her first date. As the day progresses, the characters face the average Thanksgiving dinner troubles until it all culminates when they discover a dead body!

From the charred food to the corpse of neighbor Mrs. Beverly, Paul’s experience is scarring, to say the least.

Despite the dark twist, the episode’s lighthearted comedy and shocking turn of events made for a very memorable and unconventional Thanksgiving special.  —Courtney Benedetto 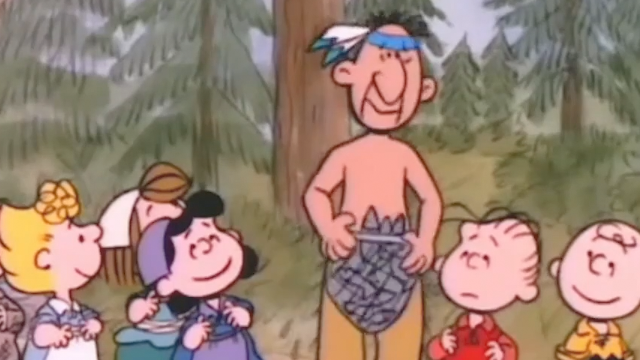 Although not as well-known as “A Charlie Brown Thanksgiving,” this pilgrim-themed special is just as entertaining.

This episode is based on the Mayflower pilgrims’ voyage to Plymouth, Massachusetts in 1620. As a part of the miniseries “This Is America, Charlie Brown,” the episode follows the iconic characters as pilgrims and their learning experiences with the American natives Squanto and Samoset.

Charlie Brown and his friends work with the natives to grow food and celebrate the very first Thanksgiving feast together.

Both cute and semi-educational, this Charlie Brown special is one to remember. Of course, the cartoon may not be entirely historically accurate, but it is enough for children to grasp the origins of the holiday.  —Courtney Benedetto 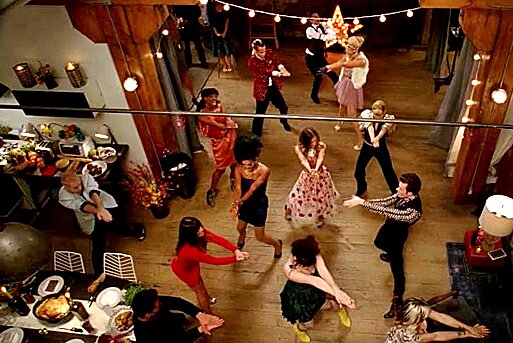 This episode not only tackles the holiday but also a cast reunion, sectionals and, ironically, eating disorders. The show is known for its strange combination of silly humor and serious teenage issues, but this episode takes the cake—or rather, turkey.

The graduated glee club members reunite for the holiday back in Lima, Ohio, while Kurt and Rachel stay in New York and spend their first Thanksgiving away from home.

The most memorable scene is Kurt and Rachel’s Thanksgiving dinner, shared by Kurt’s boss Isabelle (played by Sarah Jessica Parker) and her eccentric friends. The group sings an annoyingly catchy mashup of “Let's Have a Kiki” and “Turkey Lurkey Time.”

Meanwhile, the original members of the glee club pair up with the new members to rehearse for sectionals. The plot takes a dark turn when Kitty encourages classmate Marley to develop an eating disorder.

Naturally chaotic and musical, the “Glee” Thanksgiving special is one that is hard to erase from memory.  —Courtney Benedetto 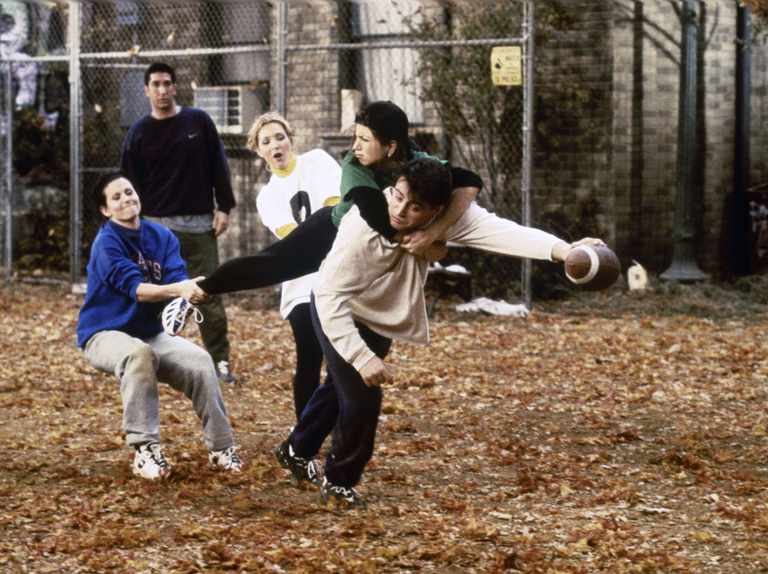 Most television shows have their fair share of Christmas episodes. It’s quite easily one of the most popular holidays, making it simple enough to design an entire episode around it.

“Friends,” however, is one of the biggest exceptions to this rule.

There is a new take on the turkey holiday for each of the show’s 10 seasons. The writers always hit it just right, too, managing to keep every episode fresh and original. In fact, it’s one of the most anticipated parts of each season.

It’s very easy to milk the cooking trope since Monica is a popular chef, so it’s interesting to see a new Thanksgiving tradition receive the classic “Friends” treatment.

What makes this episode so special is the amount of movement it’s able to create within the show. It’s not only an entertaining piece of comedy contained in itself, but it helps develop the characters in ways that are truly unique to Thanksgiving.  —Jade Campos 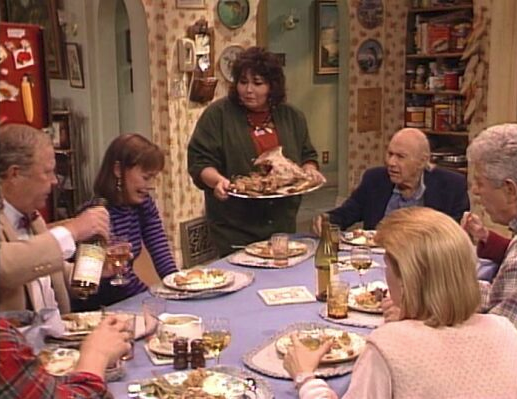 Although “Roseanne” has garnered a lot of notoriety in the past few years due to its reboot in 2017, the original production is another show that gets Thanksgiving just right.

Like most other holidays, Thanksgiving is associated with spending quality time with family. While the day does hold a lot of purity, it also comes with a tremendous amount of stress from actually having to spend time with your family.

There is quite truthfully no other episode that is able to showcase this genuine anxiety better than “We Gather Together,” in which the entire Conner family joins each other for a Thanksgiving meal—with all of their dysfunctions.

The episode is anything but the typical wholesome image of Thanksgiving. Instead, it’s filled with screaming matches between family members about relationships and career choices, bizarre love sprouting its roots, and a ruined turkey.

“We Gather Together” is special for its witty script and ability to perfectly capture the true holiday spirit.  —Jade Campos 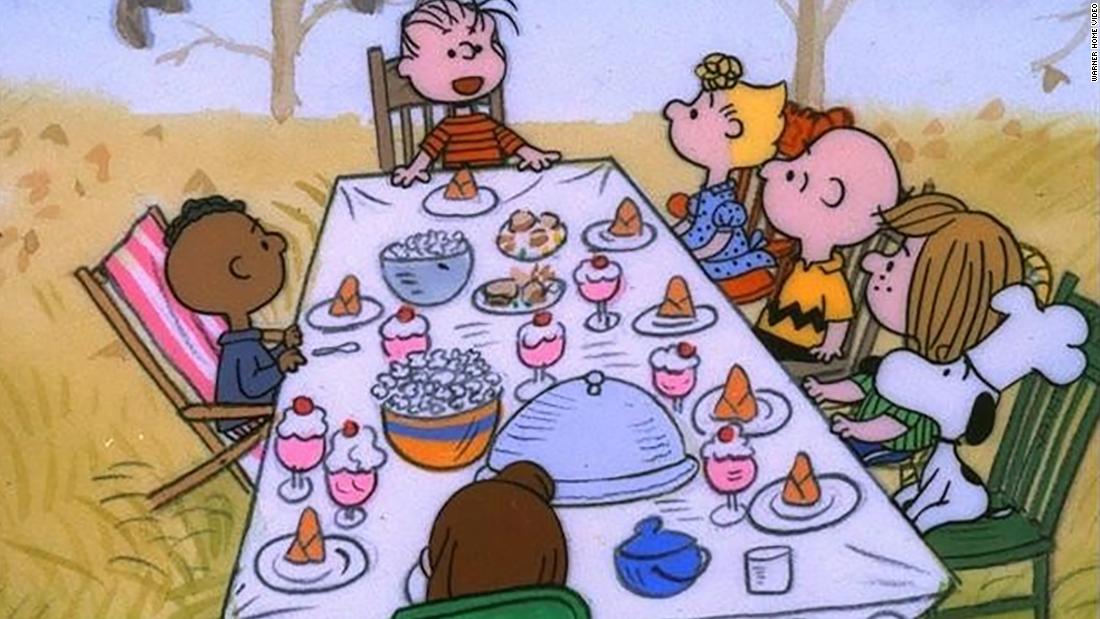 It wouldn’t be Thanksgiving without the traditional Charlie Brown special.

Unfortunately for many people this year, “A Charlie Brown Thanksgiving” will not be airing on broadcast television after Apple purchased the Charlie Brown holiday specials. However, the company is allowing fans to watch the special for free this year on its streaming service, Apple TV+.

It’s quite easily the foundation for which all Thanksgiving—and holiday—specials are created. This “Peanuts” classic features every turkey day tradition imaginable: football, friendship and food (the three F’s—that’s all you need, right?).

While this special may not be as genuine as the modern sitcoms, it’s a reminder of the true meaning of the holiday. Charlie Brown and his friends prove that Thanksgiving isn’t necessarily what you eat or where you eat it. It’s about the relationships you foster and all that there is to be thankful for.

Ultimately, “A Charlie Brown Thanksgiving” is a reminder to slow down from your busy life, like Charlie, and remember the little things that get you through the day. Certainly, there will be chaos, but at the end of the day, it’s about keeping loved ones close.  —Jade Campos