Photo posted December 12, 2015 in Best of CommMedia by Caity Kramer.

As a young man with big dreams, Brame has made it his duty to put his mark on the world while changing the way people think. Day in and day out, the York Haven, Pa., native balances pursuing a mechanical engineering degree -- and the homework that comes along with it -- with swim practices, weight training, authoring a memoir and catching up with friends.

He does all this while balancing life as a quadruple amputee. 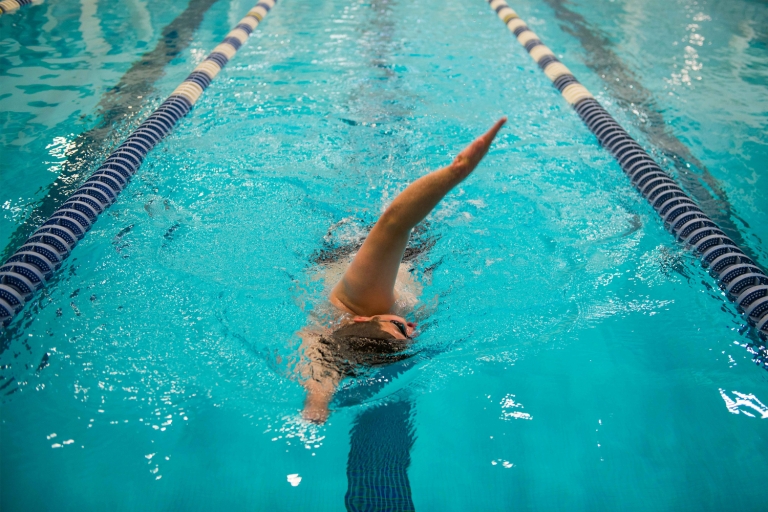 Brame's life was forever changed at age 9 in 2005. It all started with an ankle sprain at a kid's soccer game and escalated into a medical emergency as he developed sepsis. He entered a 20 day long drug-induced coma, and doctors were forced to amputate four of his limbs to save his life. Since, he has defied all odds and expectations. Once confined to a wheelchair, Brame now swims for Ability Athletics, a Penn State program that allows disabled students to train for individual and team sporting events. He is currently training for the Paralympic Games. Hoping for a chance to compete sometime in the near future, Brame says that it has not been an easy journey, but he has learned that he is capable of far more than he originally thought. Sean Brame swims freestyle during practice on September 15, 2015. Brame is the first swimming athlete for the Penn State program, Ability Athletics. / Photo by Caity Kramer 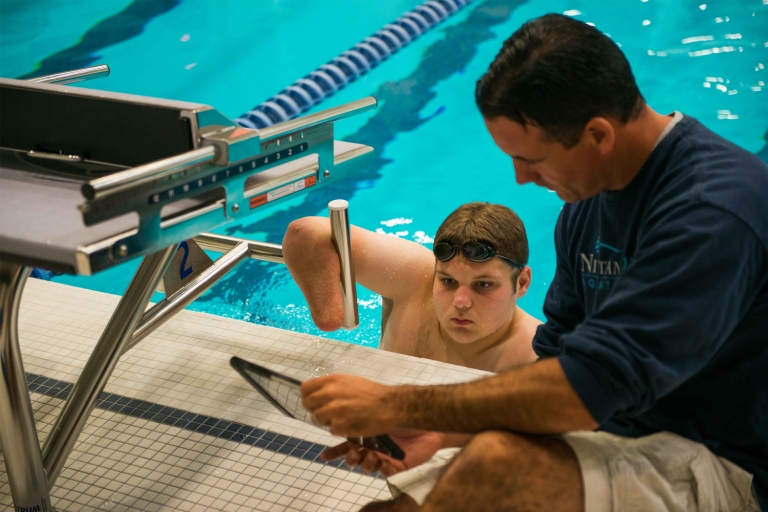 Brame reviews practice footage with coach Ryan Sprang during practice on September 15, 2015. The video footage, filmed from above and underwater, helps Brame work on his form while improving speed and overall technique. / Photo by Caity Kramer 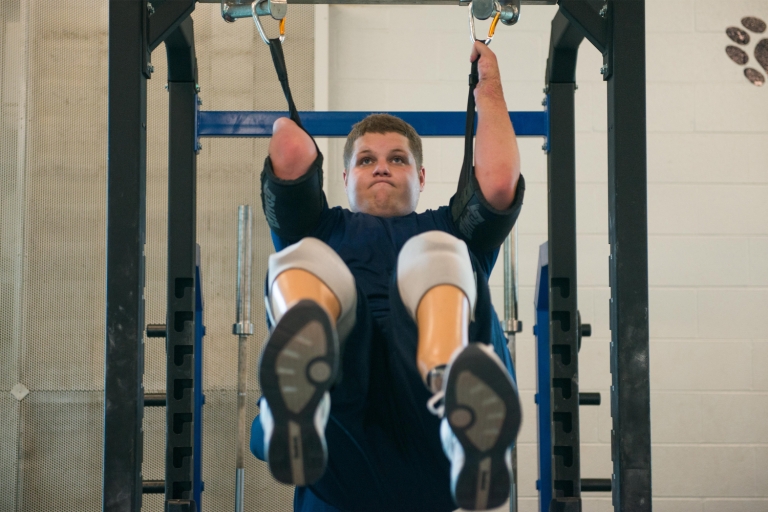 Brame performs core-strengthening exercises in the weight room in Penn State's Multisport Complex on Wednesday, October 21, 2015. Out of the pool, Brame typically conditions 2-3 times a week to improve his physical strength. / Photo by Caity Kramer 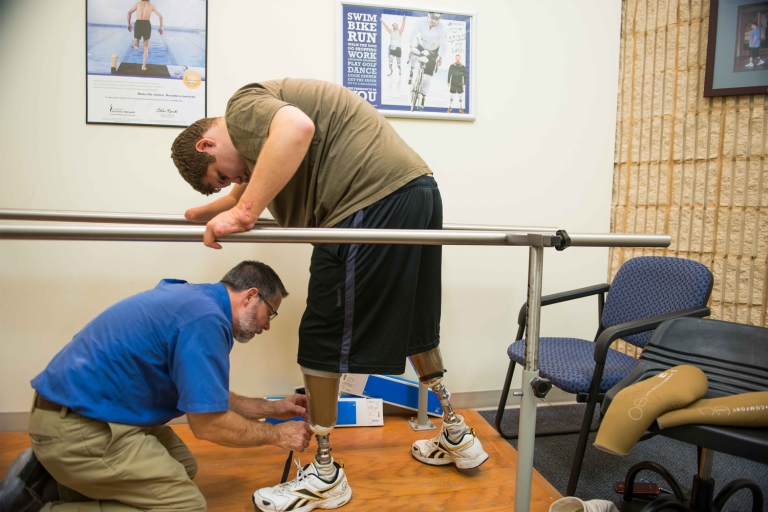 Mike Kelly of Lawall Prosthetic & Orthotic Services in Harrisburg, Pa fits Brame for new prosthetics. Brame has known Kelly for almost 11 years, and is one of the reasons that he hopes to go into prosthetics in the future. Kelly works to create a comfortable fit for Brame's new prosthetic legs during an appointment in Harrisburg, Pa on Thursday, October 1, 2015. They are working to create prosthetics that suction to Brame's limbs. Starting with clear thermal materials, the prosthetics are able to be molded, shaped and adjusted to feel the best for Brame's body mechanics. / Photo by Caity Kramer 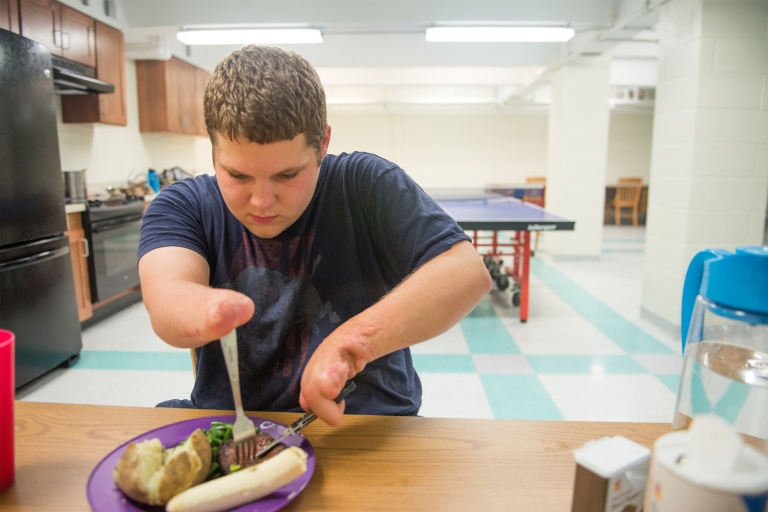 Brame eats a self-cooked dinner in the basement of Atherton hall on November 5, 2015. As one of his favorite meals, Brame said, "You know how everyone has that meal that just makes them feel at home? For me, that is steak and potatoes." / Photo by Caity Kramer 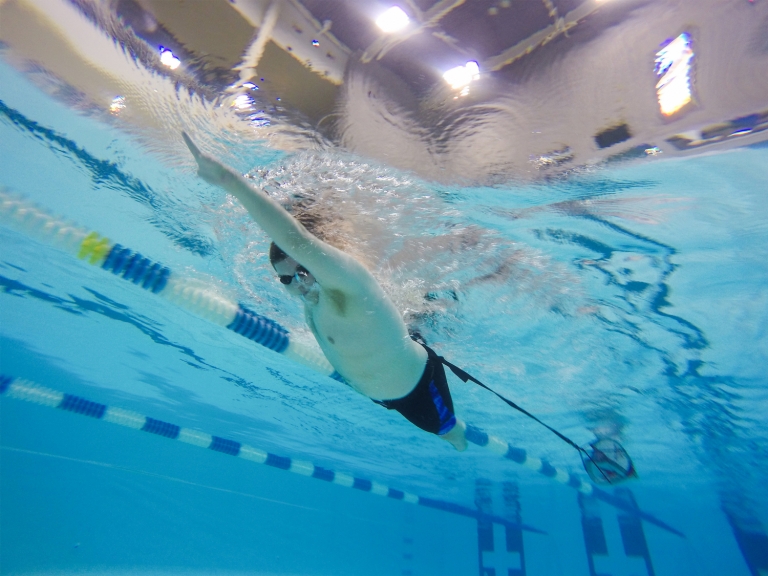 Brame trains with a parachute during practice on Thursday, December 3, 2015. Aiming to drop time from his race pace, Brame uses the parachute to increase water resistance, making a more challenging workout. / Photo by Caity Kramer 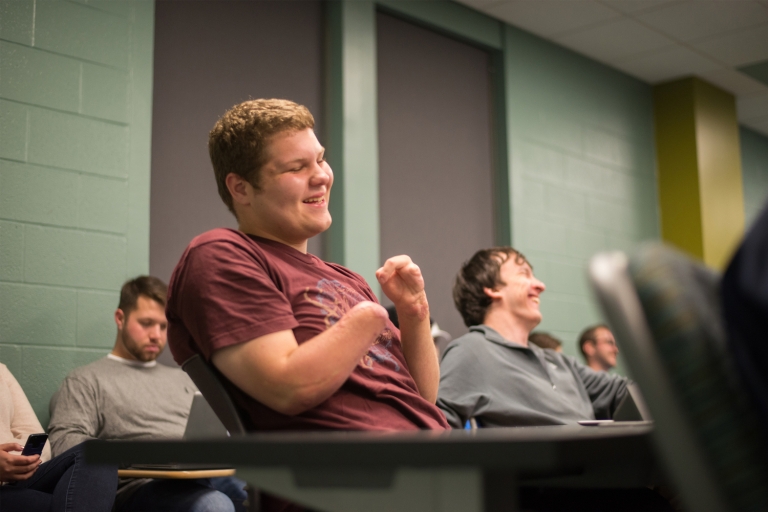 Brame laughs in response to a comment made during a debate between the College Republicans and College Independents on Monday, November 16, 2015. As a young man, Brame has developed many strong political opinions. Of his beliefs, Brame said, "to me the individual means everything. Politics gives me a sense of empowerment to change the world." / Photo by Caity Kramer 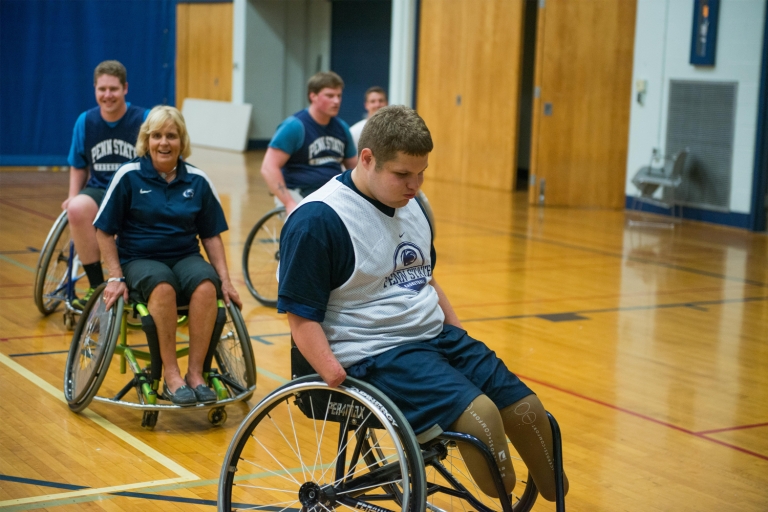 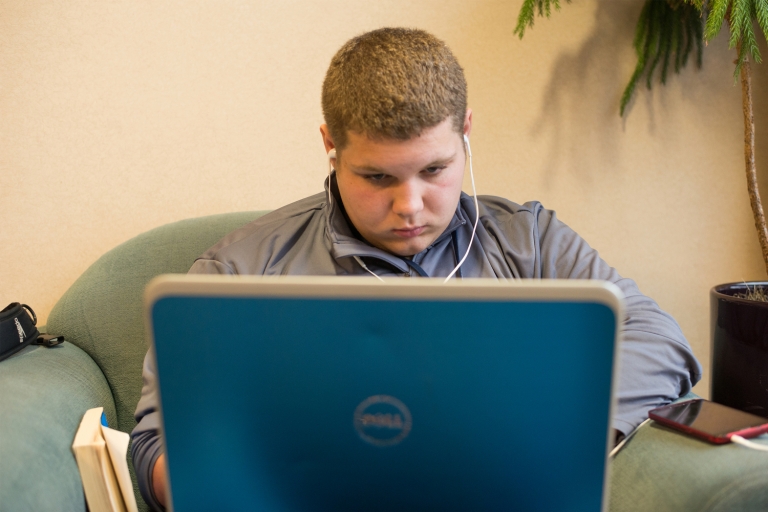 Brame works on a chapter of his book on Monday November 30, 2015. To him, the book is a way of separating himself from his story. It is about healing and understanding who he truly is. It has been an emotional process as he relives memories and feelings from his past. "I don't want the reader to read my story," Brame said of his writing, "I want them to feel my story," / Photo by Caity Kramer 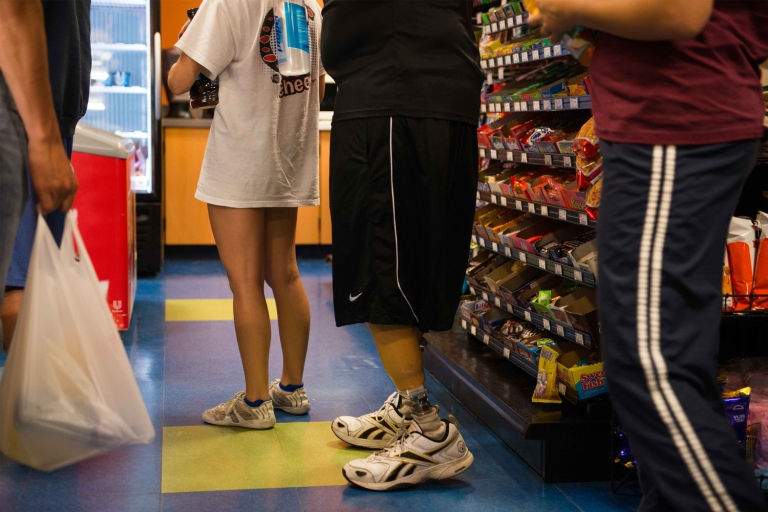 Brame waits in line to purchase snacks in a Penn State dining hall convenience store after an evening run on Thursday, September 17, 2015. / Photo by Caity Kramer 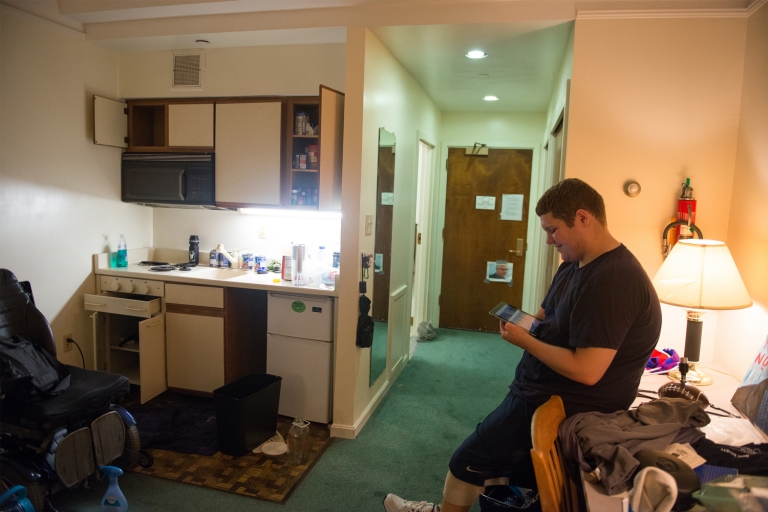 Brame reviews images on his iPad in his dorm room in Atherton Hall on Thursday, November 5, 2015. / Photo by Caity Kramer 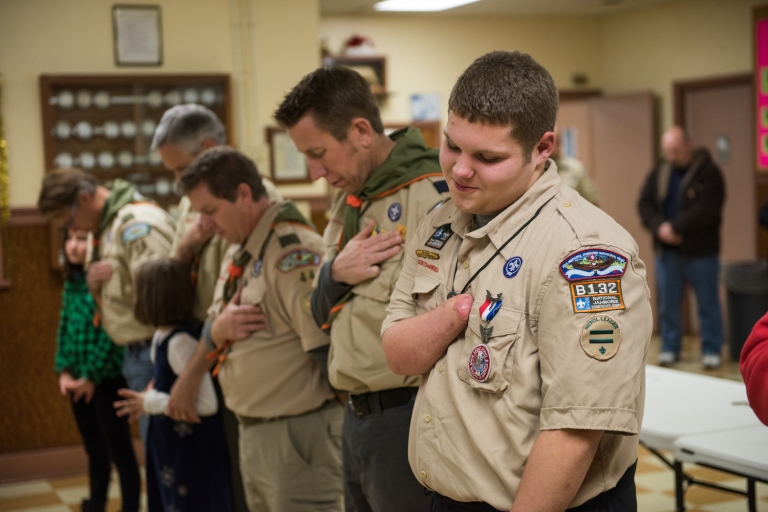 Brame performs closing ceremonies during a Boy Scout meeting at the Ferguson Lion's Club building on Tuesday, December 8, 2015. Brame has been scouting since he was about six years old and currently volunteers his time as an Assistant Scout Master. / Photo by Caity Kramer