What was once a dream in a young man’s mind has now become a reality.

Skyler Scholl is a 21-year-old-student at Penn State University who had aspirations as a kid to be in a classic rock cover band by the time he retired, but by fate, that plan has come early.

Being an electrical engineering major at Penn State is something Scholl truly enjoys and takes seriously, but nothing comes before making music.  Playing shows around State College and going on tour throughout the country as the lead drummer in his band ‘The Roof’ is now his main priority. 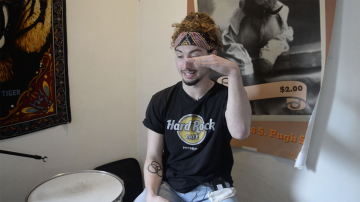 “At one point it was go to college, get a degree and make money to play music, but now it’s about just playing music and getting through college,” Scholl said.

“The Roof’ was created while Scholl and other bandmates attended the Penn State branch campus in Altoona.  Starting freshman year when Scholl and his friend needed a guitar pick, they went on social media to find somebody with one in the area.

Their soon-to-be lead singer showed up with one and asked to sing a cover song while they played.  This is the moment Scholl began seeing his dreams become a reality, a band of his own.

Scholl later saw a guy walking down the road with a guitar on his back and asked him to come jam with his three buddies and as the story goes, this became the beginning of the band ‘The Roof.’

The band frequently plays gigs around downtown State College bars and goes on tour to cover a wide variety of genres from classic rock to modern hits and even perform original songs from their new EP called ‘Tangled Lives’ which is available on Apple Music and other streaming platforms.

Scholl and the band frequently play their EP and new songs they're collectively writing and producing at their live shows.

As graduation approaches, Scholl and his band are planning to move to Pittsburgh for it's larger platform for discovery, to live together, create music and play shows in hopes for a shot at a record deal.

After experiencing cardiac arrest last year, Scholl said there is nothing stopping him from achieving his dreams of becoming a professional drummer in his band. 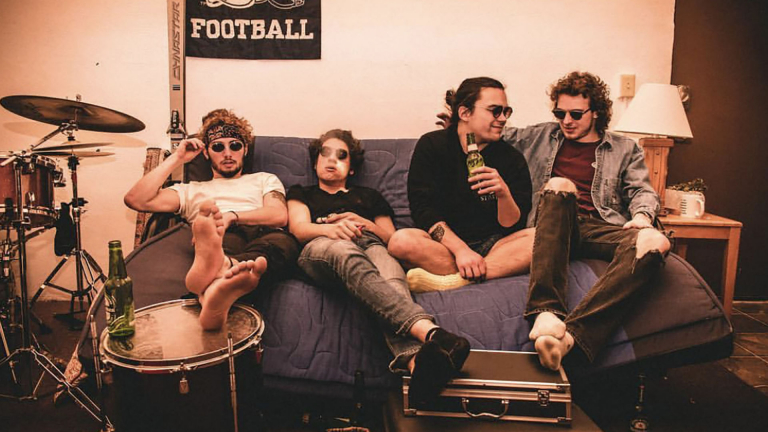 The band hanging out at rehearsal for a photoshoot. Photo by: Josie Jujubies 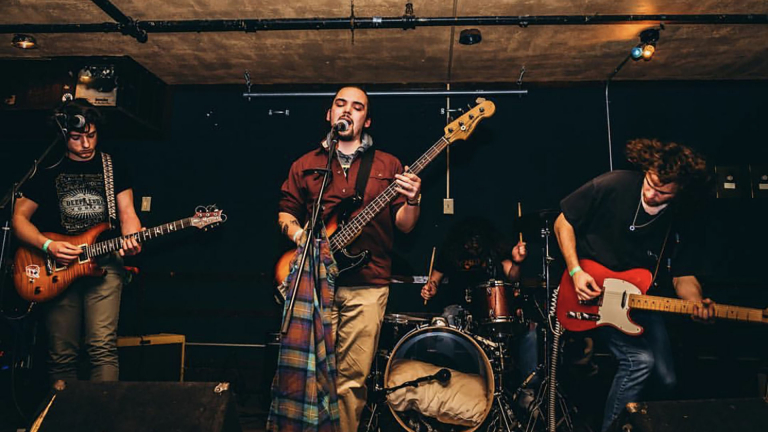 'The Roof' performing at Doggies Pub on Pugh Street. Photo by: Josie Jujubies 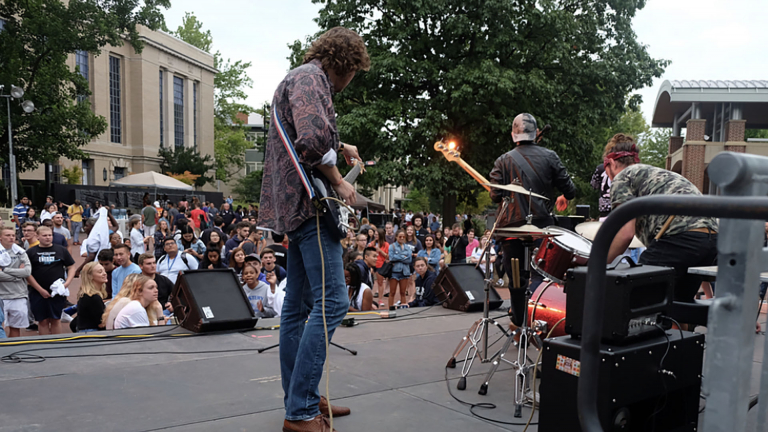 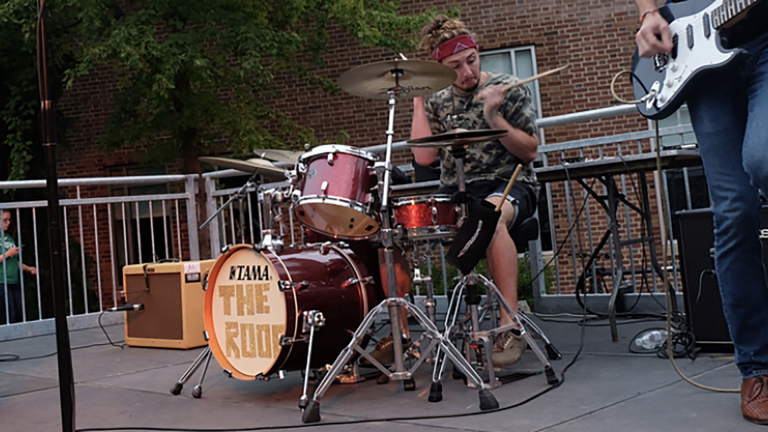 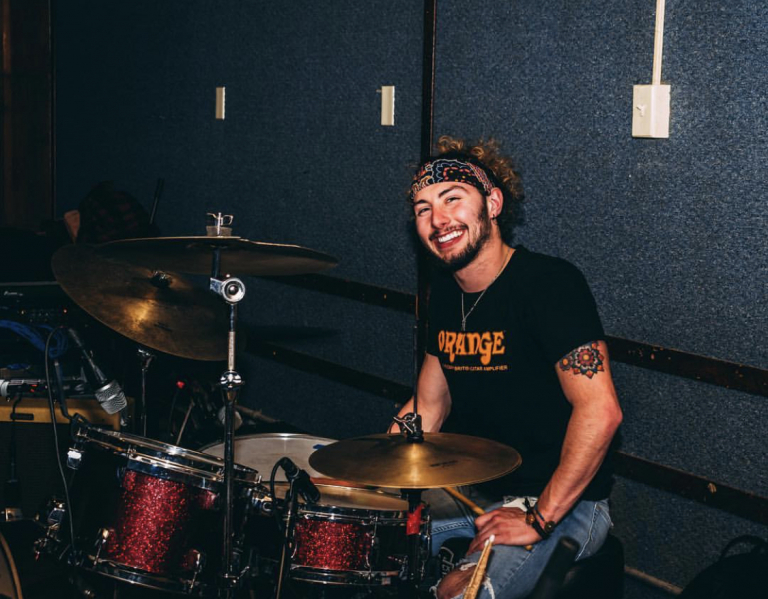