My long-distance relationship with my senior year


Freshman year I set my phone to count down the days until graduation.

Every few months (or whenever I was having a tough time) I would look at that countdown with hope and excitement for the day where I would finally be done with school forever. Now I’m dreading that day.

Due to the coronavirus pandemic, I’ve been home for eight weeks and under safer-at-home orders for just over four weeks. At times I believed my home state of Wisconsin would be much safer than Pennsylvania but the past few weeks have proved me wrong.

On April 6, Wisconsin Gov. Tony Evers issued an order to postpone the primary election that was set to take place the next day. Hours later the Wisconsin Supreme Court overturned the order and also stop another ruling extending absentee voting. These actions caused Wisconsin to be the only state to hold in-person voting in April.

Luckily, my family and I had already requested absentee ballots, but several of my friends were forced to vote in person or just didn’t get the chance to vote because they were scared. I went to observe the two closest polling locations to me (from the safety of my car) and was shocked to find several people not wearing masks or any type of protective gear. As of now, Wisconsin has not made wearing any personal protective gear mandatory when going in public, but it has been encouraged.

My life has felt very reclusive. I’m only leaving the house once a day to walk my dog or take a bike ride when it’s a nice day outside. I can’t remember the last time I actually went to a public place (and actually got out of my car). I never knew how much I relied on the outside world until the coronavirus shut everything down and now I get excited to go for a car ride and maybe go to the grocery store.

Currently, the number of cases in my county is still pretty low, but I never know if the next time I go out in public will be the time I contract coronavirus. I have asthma, it’s very mild, but I have no idea how badly coronavirus would impact me. At this point, I would rather be safe than sorry when it comes to my health and the health of my family. 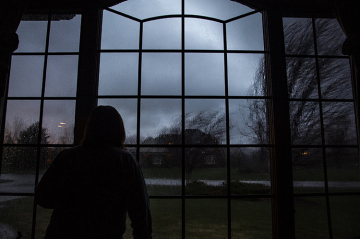 Carol Lee watches out the window as a storm with high winds effects Appleton on Monday, April 13, 2020. Photo by Caitlin Lee

The closest communications I’ve had with anyone outside of my family (beyond technology) was when I biked past my friend’s house. It’s hard to know that some of my best friends are just minutes away when I’m used to being in a different state completely. We have all been good about social distancing in hopes that soon enough we will be able to spend time together like old times. I haven’t seen my friends from school in over two months and there’s a good possibility that I may never see them again. There have been a few text exchanges and video chats, but it’s not the same.

The senior sendoff for The Daily Collegian, usually held as a picnic to say goodbye to the seniors and to share memories before the end of the semester, was now held in a chaotic Zoom meeting that lasted for hours.  My family has had to cancel trips to get together for my graduation and I’ve had two months of my senior year taken away. Even though safer-at-home orders in Wisconsin are slowly becoming relaxed, I don’t think my lack of physical interactions with friends and family is going to change any time soon.

I used to be so excited to be done with school and to walk across the stage for graduation, but now I’m scared. Sometimes I think having classes is the only thing that keeps me sane and I honestly only know what day it is based on my school schedule.

I want to work in the sports industry. With several internships canceled and hiring processes on hold the future is terrifying.

For now, I’m holding on to my last moments of sanity as the school year comes to a close.

Images from my portfolio as a sports photographer. 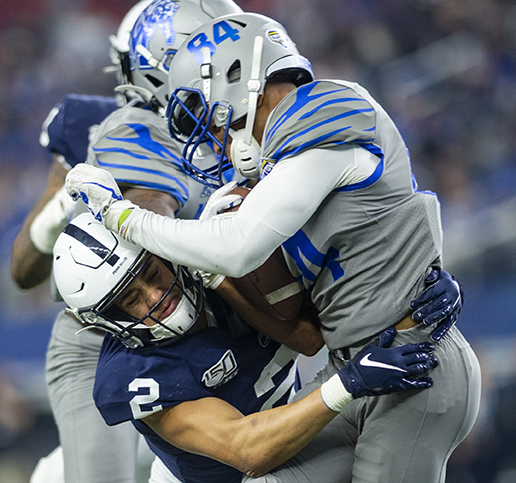 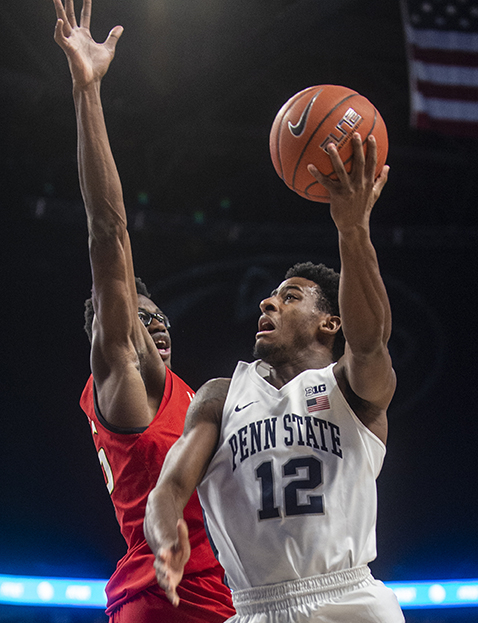 Guard Izaiah Brockington (12) attempts a shot during the men’s basketball game against Maryland at the Bryce Jordan Center on Tuesday, Dec. 10, 2019. Penn State defeated No. 4 Maryland 76-69. 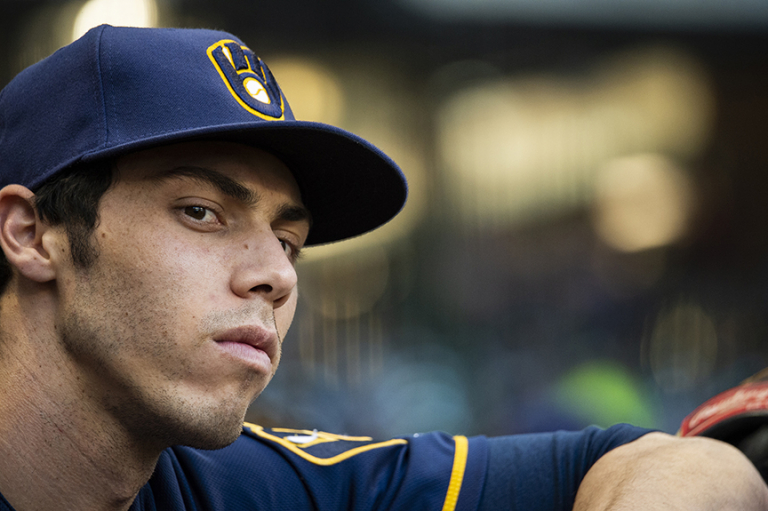 Milwaukee Brewers right fielder Christian Yelich waits in the dugout as starting lineups are announced before the game against the Minnesota Twins on Tuesday, August 13, 2019. 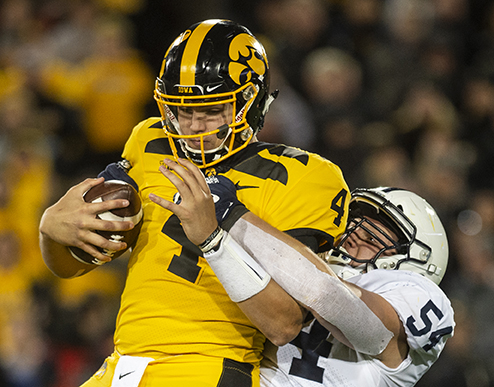 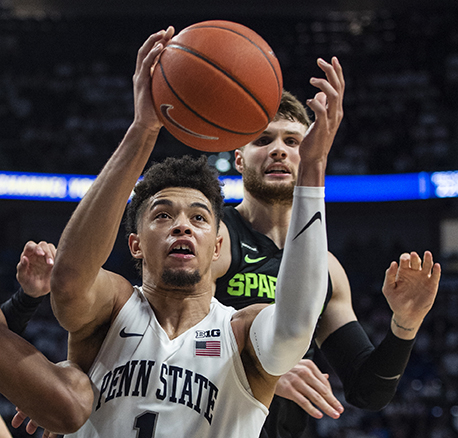 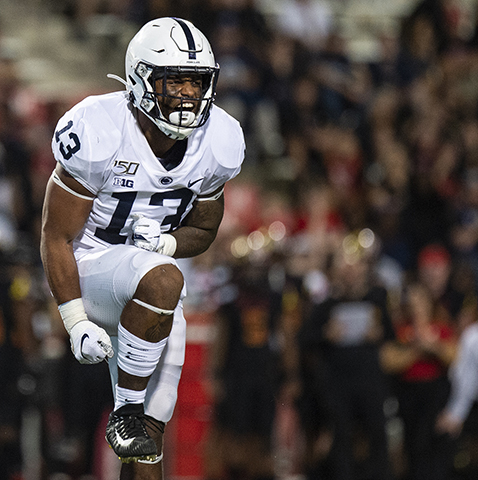 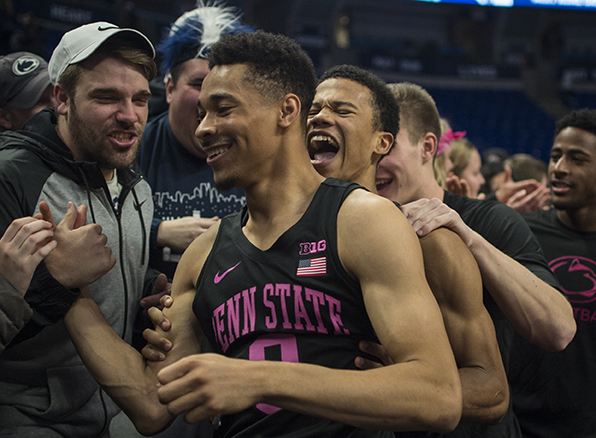 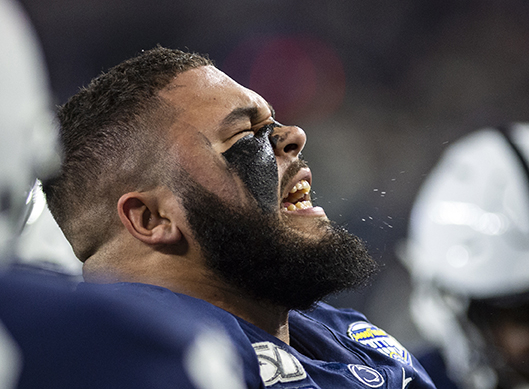 Penn State defensive tackle Antonio Shelton (55) leads the defense in a chant before the 2019 Cotton Bowl at AT&T Staidum in Dallas on Saturday, Dec. 28, 2019.
Tweet 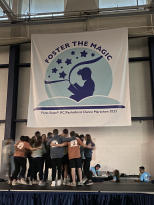