DUBLIN – Brian Mullins knows Croke Park as well as anyone. He played nine times in the All-Ireland final, the championship of Gaelic football, which is the biggest game played every year in Ireland’s biggest stadium. 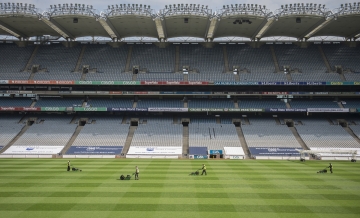 But even he struggled to exactly describe Croke Park’s significance.

“I’m … careful to not use a word like Mecca,” he said. “But you can apply that to an Irish setting. It would be the equivalent of everybody wants to get there, everybody who’s young and playing the games aspires to maybe someday be in a position to play on the pitch.

“And then, beyond that, everybody wants to end up there and support their county or their team. To be there. So the concept of aspiring to be there is relevant not only to players, but the nation.”

Gaelic football and hurling are the objects of Irish sports worship and Croke Park is the sanctuary. 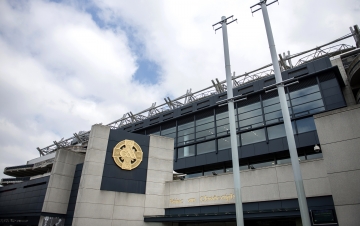 Officially opened by the Gaelic Athletic Association in 1913, Croke Park holds more than 82,000 fans, making it one of the largest stadiums in Europe. Its enormous pitch could hold four American football fields.

The stadium’s stature in Irish sports has been obvious this week, with a controversy over an All-Ireland semifinal being moved to Limerick to accommodate Saturday’s American football game between Penn State and Central Florida.

The place has been compared to Yankee Stadium. Mullins likened it to the Roman Coliseum.

But Croke Park also is connected to Irish political history, which is “reflected in the names of GAA stadia, cups and competitions,” according to stadium archivist Mark Reynolds. 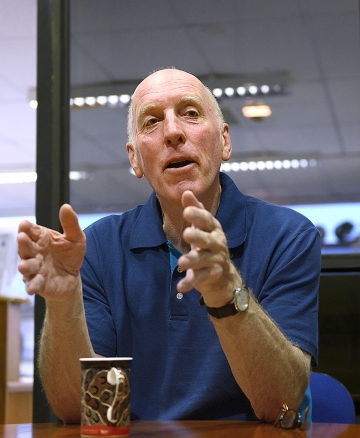 Myth has it that the bleachers at the open end of the horseshoe-shaped stadium, known as Hill 16, were built from the ruins of O’Connell Street after the Irish War for Independence.

And Croke Park was also the site of Bloody Sunday, one of the more violent moments in that period.

During a Gaelic football game between Dublin and Tipperary in 1920, British police entered the stadium and opened fire into the crowd in retaliation for an Irish Republican Army attack. Fourteen people were killed, including Dublin player Michael Hogan. A section of the stands was later named in his honor.

When Ireland finally won its independence in the 1920s, the GAA crafted its rulebook to keep the British out of its home. Rule 42 banned events such as rugby and soccer – two British staples – in Croke Park.

The law was amended in 2005, and the venue has been open to foreign sports and performances for decades. It has opened its doors to American football twice before, in 1996 for a game between Navy and Notre Dame and in 1997 for an NFL game between the Pittsburgh Steelers and Chicago Bears.

But the stadium is still primarily identified with Irish sports.

Young Dubliners grow up in the park. As a child, for instance, Mullins sold programs and attended many games with his family. 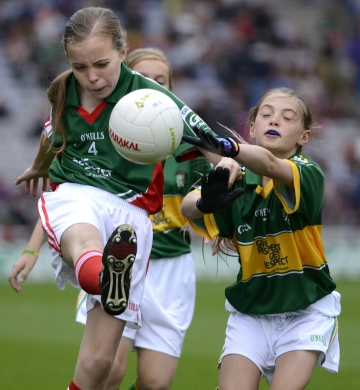 Primary school students in Dublin County get the opportunity to compete on the pitch in junior-level games during the offseason.

“I got to play in Croke Park six times, which was huge. … I think we won two games and lost four finals out the six,” said Barry Cahill, who played for Dublin in the early 2000s. “Certainly growing up into your teenage years, it would always be the ambition of a GAA player to represent their county and play in the Croke Park stadium in a big game on the big pitch.”

But not even previous experience could help Cahill or Mullins prepare for the atmosphere of the senior-level games.

Croke Park stands as a behemoth just outside the center of Dublin, almost out of place as it jolts up from the small shops and pubs nearby.

The GAA considered changing location in the mid 1980s, but its position at the heart of Irish sports culture has kept it in place.

"It has developed and grown as a stadium,” said Laurence McCarthy, a native of Ireland and now a professor at Seton Hall.