Rachel Horwath is an outgoing, loud, comical and kindhearted. The first time new people meet Horwath, they may not realize that this girl who lights up an entire room has suffered from anxiety and depression for most of her life.

Horwath’s experiences with anxiety started when she began preschool and struggled with separation anxiety from her mother. Horwath said that she would call her mom every day at school and insist her mom bring her home. 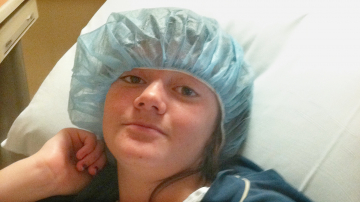 Horwath says her anxiety turned into OCD because she felt like she needed to have control over everything in her life, but she soon learned that not everything can be controlled.

When Horwath was 13-years-old, doctors found a lump in her breast, which doctors thought was only a fatty tumor, but after surgery they discovered it was malignant. Over the next three years, Horwath had three surgeries done at Memorial Sloan Kettering Children’s Cancer Center in New York.

Horwath still needed MRIs every six months to ensure she had left breast cancer in the past. Last July, she was five years cancer-free.

Using her body as a canvas, Horwath has started a collection of tattoos that reflect on the hardships she has faced and overcome.

Even though her parents are not fond of tattoos, Horwath got her first when she was 18. It was a pink breast cancer ribbon across her ribcage which listed the dates of her three surgeries.

“I told [my parents] I would only get tattoos with meaning, and something that obviously had a huge impact and a lot of meaning in my life was breast cancer,” Horwath said.

According to Horwath, getting tattoos is very addicting, and she needed more. She stumbled upon a tattoo parlor which was having a tattoo deal — a tattoo the size of a dollar bill would be 40 dollars — and she could not resist. 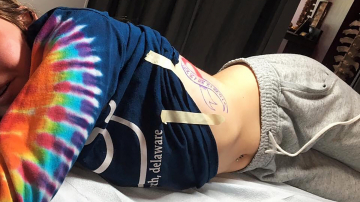 “I said, ‘Screw it, I’m going to get two more tattoos,’” Horwath said.

She added her second tattoo on her other ribcage of her favorite Bible quotes. It reminded her to put her trust in God when it came battling her mental health.

The excerpt reads, “Cast all your anxiety on him because he cares for you. Peter 5:7.”

Horwath’s mother often sent her letters or left her little notes reminding her how much she loved her. This became the inspiration for her second tattoo of the day.

Horwath’s tattoo artist copied her mother’s handwriting from one of her favorite notes and she had the words, “Love you! Mom,” tattooed on her forearm.

“I really loved having the one on my wrist,” Horwath said. “It was a constant reminder of what my mom would say to me.”

Something that Horwath always thought helped her anxiety was her dogs at home, Lucky and Lily, but she didn’t get to see them as often since she was away at school. Feeling disconnected and lonely at school prompted her to take on a new hobby in her spare time.

Horwath discovered an website called Rover, where pet owners hire others to walk, check-in and even board their pets. Horwath thought this would be a great way to help ease her anxiety and also to earn some extra cash.

She opened her home to many new furry friends, but then discovered a new problem.

“I realized I was getting attached to other people’s dogs. This helps my anxiety and they would make me get out of bed when I was having a bad day. Days you just want to stay in bed with anxiety… That was something that I struggled with,” Horwath said. 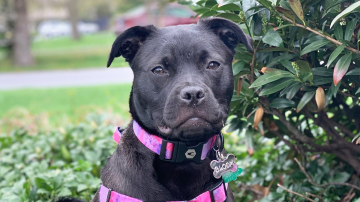 She decided it was time for her to get an emotional support puppy.

Bloom is a five month old pitbull-terrier. Bloom is full of energy, protective and loves to cuddle, just like her owner.

Bloom may cause Horwath some stress because potty training in the city of Philadelphia was tricky and veterinary bills were stacking up, but her emotional support puppy has helped her in more ways than words can explain.

“Bloom was very hard to deal with at first. I definitely got myself in over my head, but she has become the greatest and biggest blessing in my life,” Horwath said. “Overall, [Bloom] has the best personality of any dog I’ve ever met.”

Bloom’s energetic ways encourage Horwath to take on the day. Walking Bloom forces Horwath to wake up in the morning and leave her apartment.

“I literally have to take [Bloom] outside for at least three to four hours a day and I’ve met people through doing that,” Horwath said. “I’ve made more friends through [going to] the dog park than I’ve made going to parties.”

While anxiety and depression are something Horwath knows she will deal with for the rest of her life, she is happy to have her friend Bloom along for the ride.

Horwath says that her emotional support dog, Bloom, has become the biggest blessing in her life because of how much she has helped support her through her sturggles with anxiety and depression. 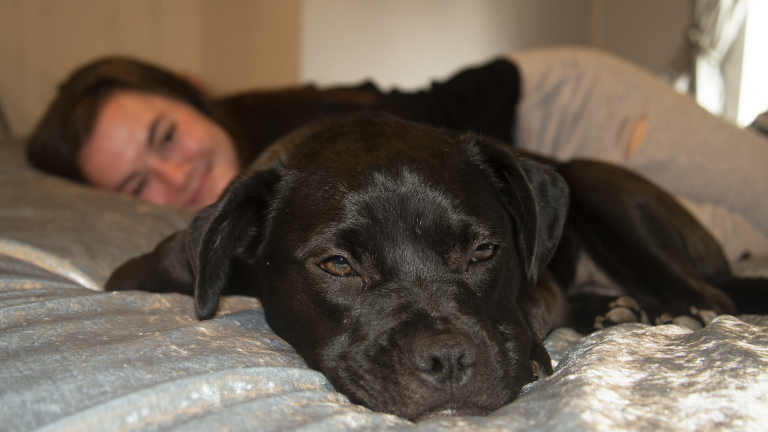 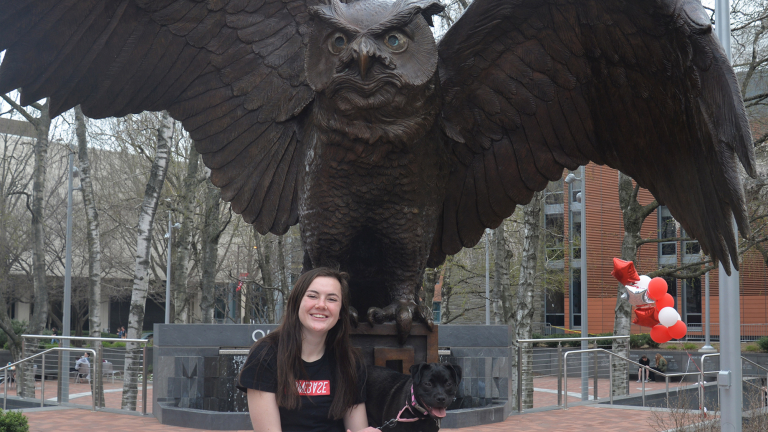 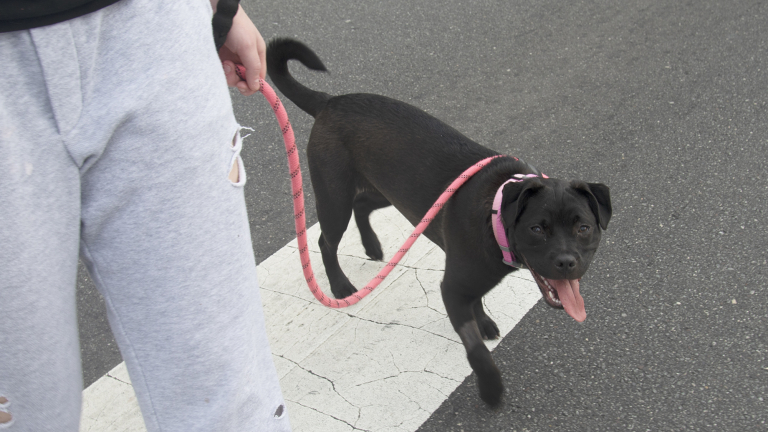 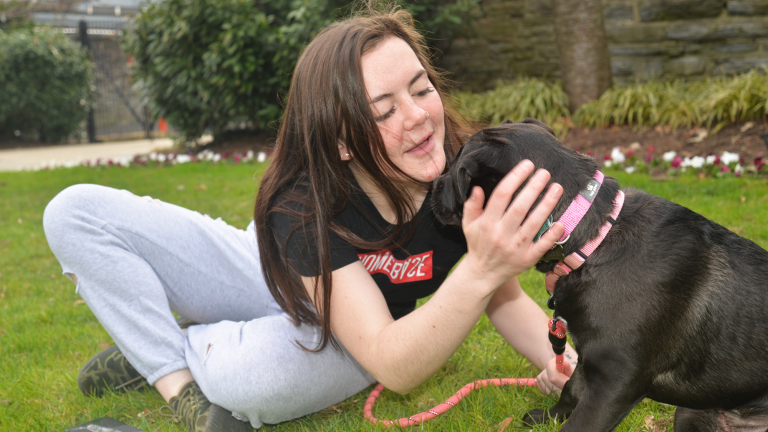 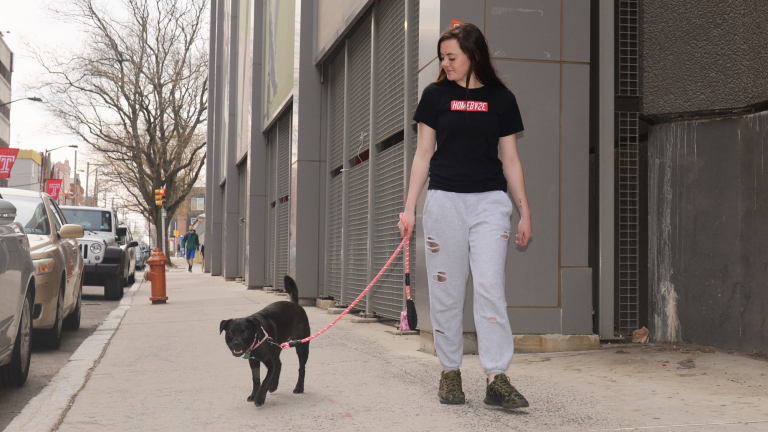