Bucknell University English professor Greg Clingham lived in Britain most of his life, and he compares surveillance cameras there to traffic lights, road signs and telephone kiosks.

“You don’t even see the cameras after a while,” he said, “and I think most people would agree that’s the way it is there.”

The country has a lot of cameras – between 1.8 million and 4.2 million, according to published reports.   London has been referred to as “the most spied-on city in the world.”

By comparison, the 2,000-plus cameras on Penn State’s campus and the 70-plus cameras soon to be in State College’s downtown area, parking garages and municipal building are a drop in a vast ocean of technology.  And, they appear to be generally accepted, as well.

“It’s not meant to creep on students,” Penn State student Charlotta Wertz said. “It’s to make sure no one is doing bad things. I think it’s a good thing. It makes me feel safer.”

Clingham said cameras were introduced in the United Kingdom for security in the time of terrorism incidents stemming from the long-running violence in Northern Ireland.

Clingham, who has spent the past 25 years in the United States, said he understands the need for cameras in terms of national security. He cited last year’s Boston Marathon bombing as an example when surveillance images were used to track down and catch the suspects.

“There is kind of a deeply ingrained acceptance of authority, especially when it’s associated with paternalism and the promise of looking after your welfare,” Clingham said.

However, he also understands the argument that surveillance cameras “can be abused, and be abused in a variety of different ways.”

But, he said, “Most people in the U.K. accept the existence of these cameras because there’s nothing they can do about it.”

However, Clingham said that the prevalence of cameras usually does not prevent people from going about their days or force them into acting in a certain way.

“There’s a lot of cameras looking at you all the time and yet people make obscene gestures at the camera,” he said. 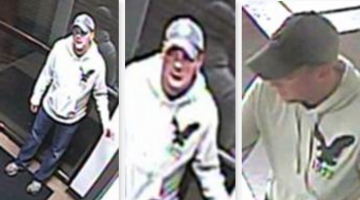 Penn State student Macarena Donoso said she was unsure whether cameras could truly be crime deterrents.  If signs are not clearly posted where the cameras are, people may not know they’re being watched, she said.

“Thinking about it, I don’t know,” she said. “What if I’m walking around and I don’t even know if there’s cameras filming? It’s kind of an invasion of privacy.”

Jordan Harris, president of the Penn State College Republicans, said there is some level of anxiety and discomfort for the idea of being watched, but in the age of smartphones it is “unreasonable to think there’s anywhere we go where we aren’t recorded.”

In the U.K., Clingham said, people usually go about their business as if there aren’t any cameras and that “authorities have better things to be doing that worrying about me.”

"On the one hand, it’s all very laid-back,” he said. “On the other hand, something is constantly watching them. It’s ridiculous actually.”