Photographs from around Jerusalem by photojournalist Kat Procyk. The city is home to holy sites for Judaism, Christianity and Islam. The Old City contains the Church of the Holy Sepulchre, the Western Wall and the Dome of the Rock. 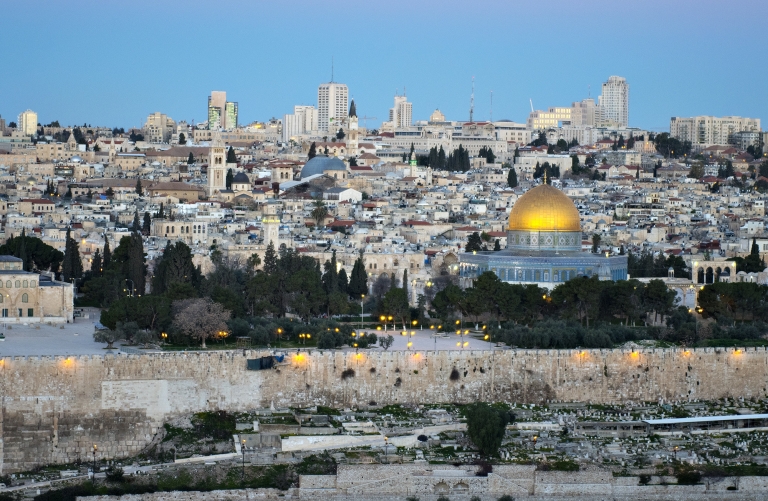 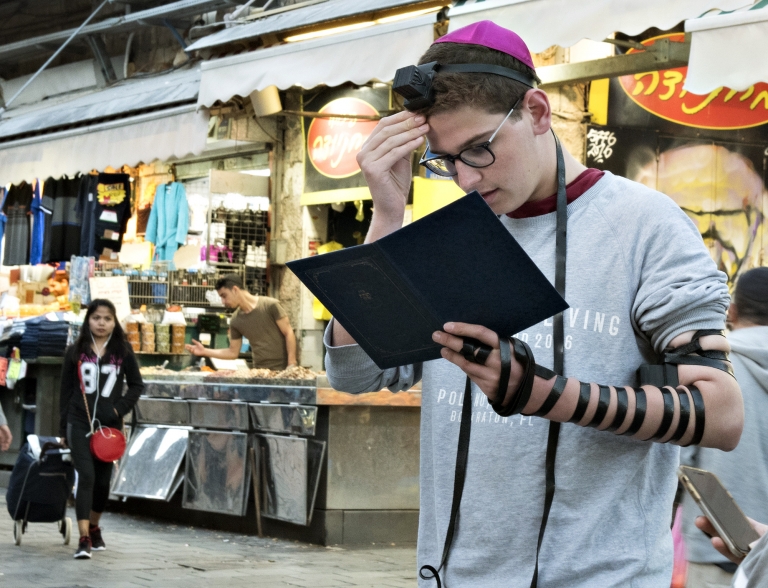 Benji Flacks, of Auckland, New Zealand, puts on the tefillin while praying at the Machane Yehuda Market. Flacks is in Jerusalem as part of a five-month internship program with the Knesset and The Media Line, an American news agency. / Photo by Kat Procyk 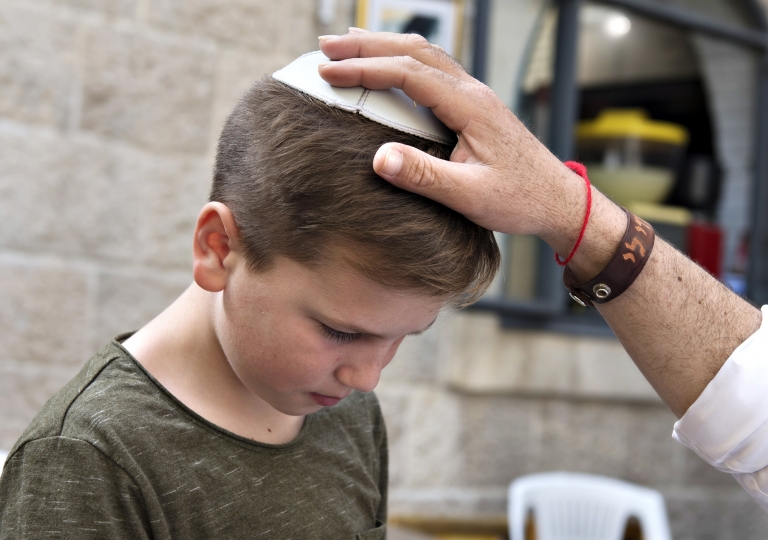 Noam Natoli, 10, of Paris, France, receives a prayer in the Jewish Quarter of the Old City. In Judaism, some believe a red string on the wrist will ward off bad luck. / Photo by Kat Procyk 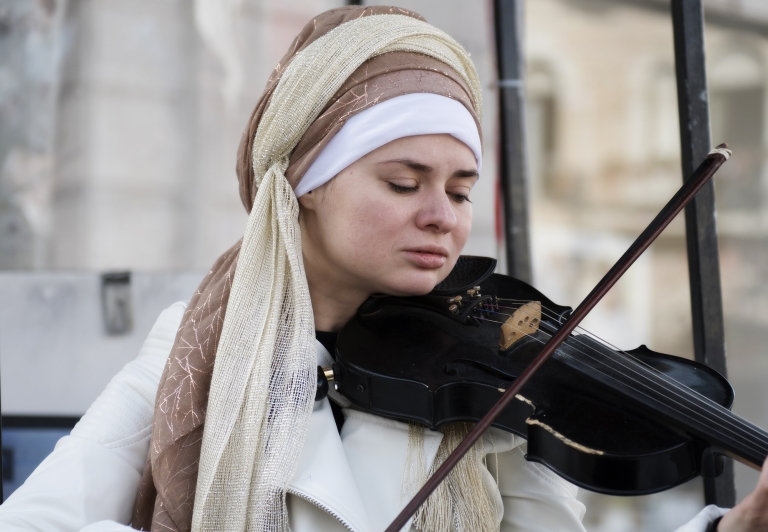 Alexandra Kanarit, originally from Ukraine, plays her violin for a small crowd at the Zion Square in Jerusalem. Kanarit fell in love with music in kindergarten and has been playing the violin for 25 years. / Photo by Kat Procyk 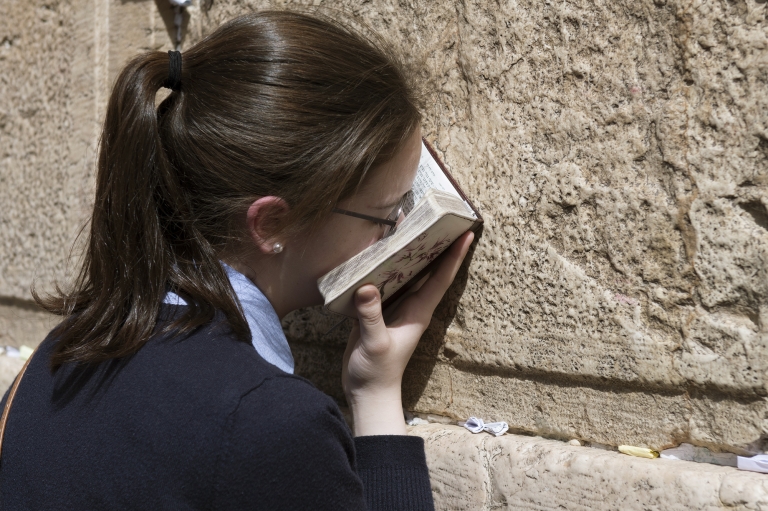 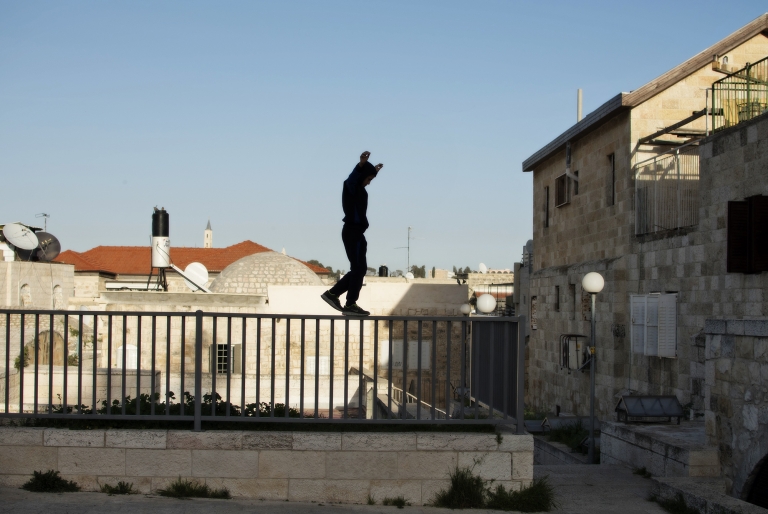 A Palestinian boy walks on a railing on the rooftops over David Street in the Old City. The boy ran through and jumped over the rooftops while his friend struggled to keep up. / Photo by Kat Procyk 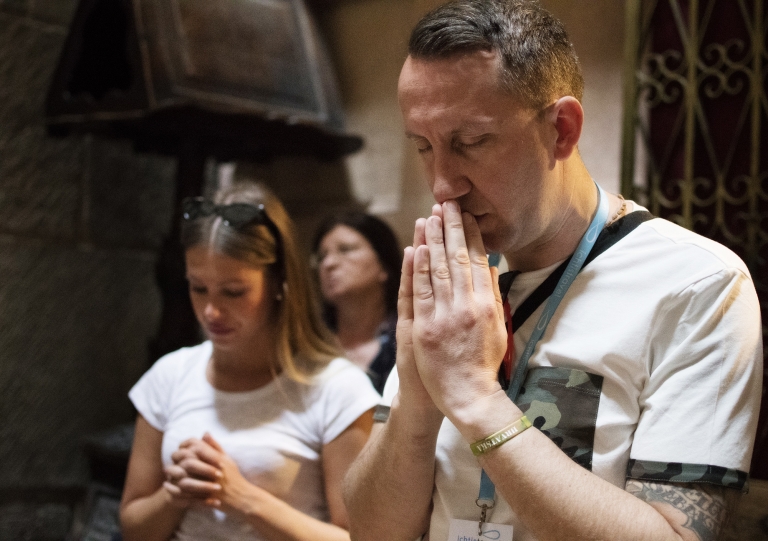 Ivan Kelava, of Croatia, prays at the Church of the Holy Sepulchre. / Photo by Kat Procyk 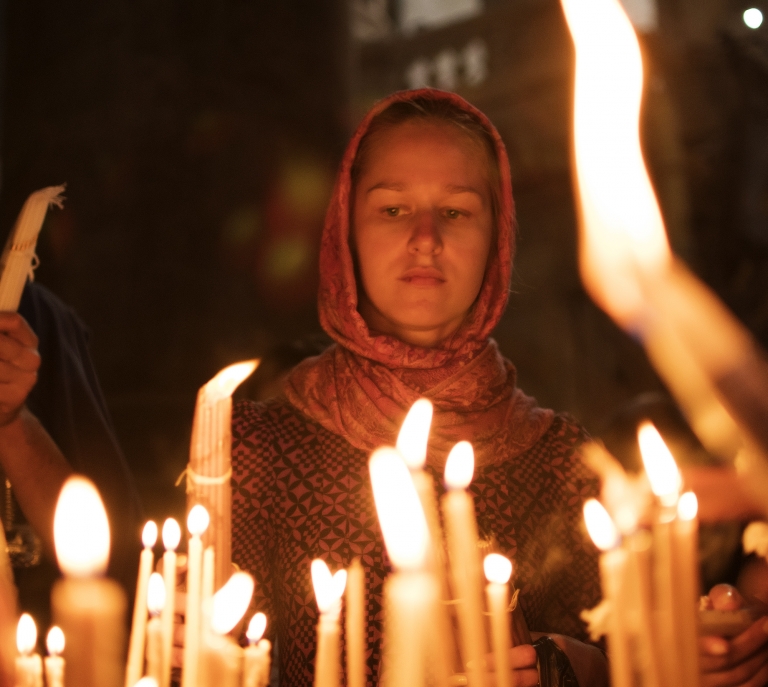 Anna Guschina, of Russia, lights a candle at the Church of the Holy Sepulchre. Guschina lit the candle to bring goodness to her life. "(It) means that God forgives us." / Photo by Kat Procyk 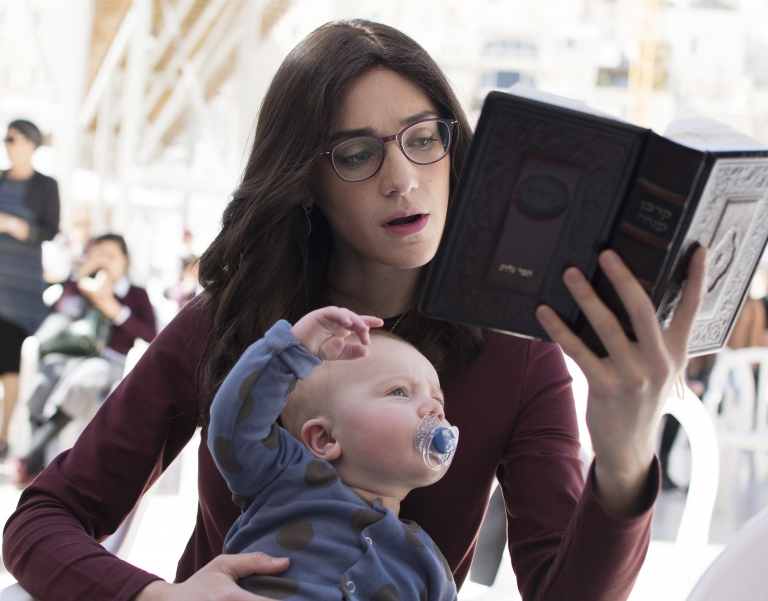 Tamar Gluck holds her son, Chaim, while praying in front of the Western Wall. Gluck was praying for her son and success in her future career as a lawyer. / Photo by Kat Procyk 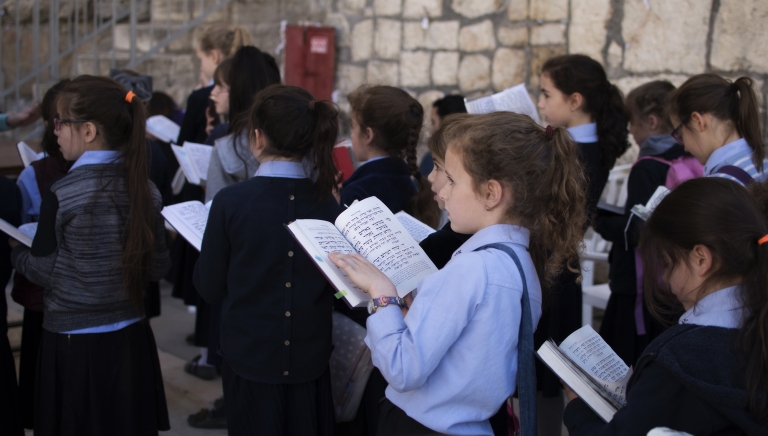 An Israeli school girl prays in front of the Western Wall. / Photo by Kat Procyk