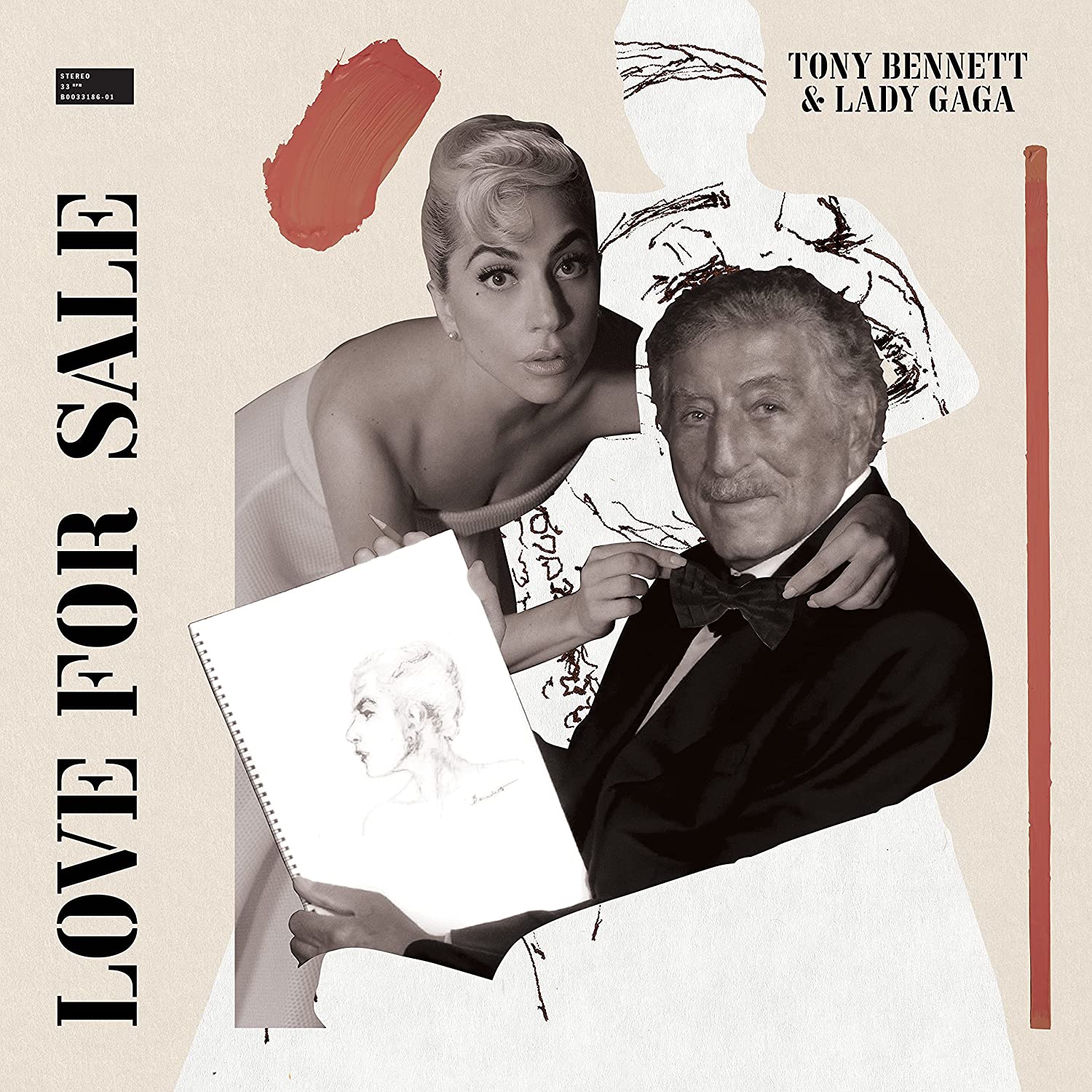 This album contains 10 tracks, with the deluxe featuring, “Just One Of Those Things” and “You're The Top.”

‘Love For Sale’ is the last studio album that will be released by Bennett, who is currently 95, and was diagnosed with Alzheimer's in 2016, which he revealed to fans earlier this year.

In an interview with NPR, his caregiver, Susan Benedetto said the music seems to cut through Bennett’s everyday mind fog as he quickly snaps into focus when he is singing.

Gaga said seeing Bennett perform at Radio Music Hall, both before and after his diagnosis, was “a real miracle for all.”

This album closely resonated with Tony Bennett’s jazz-styled works, which starkly contrasts with the types of tracks Gaga has released in the past. Gaga’s work in this album displays her versatility as a musician to listeners.

‘Love For Sale’ takes listeners on a journey back to the jazz-era as it features covers of several songs composed by Cole Porter and tracks originally performed by Frank Sinatra.

Jazz elements of the piano and swing-baseline are present in nearly every track. Several tracks feature the trombone, violin and saxophone.

“De-Lovely” is the duet between Gaga and Bennett that introduces the album. This song, along with “I Get A Kick Out of You” is originally from Porter’s ‘Anything Goes.’

This song greets listeners’ ears with a jazz-styled trombone introduction that leads into the piano melody, which is shortly accompanied by Gaga’s voice.

As the song progresses the tempo gradually picks up. “De-Lovely” is a fitting lead into the album as it incorporates some of the gentle and lively elements that will be heard throughout each track.

The following song, “Night and Day,” is another duet that Gaga and Bennett do together. This song focuses on the special someone that stays on the singer’s mind 24/7.

The lyrics, “And this torment won't be through, till you let me spend my life making love to you,” express the pain from not officially declaring a forever with that special person yet.

The next track, “Love For Sale” was one of the singles released to promote the album. Telling the story of the sex worker in the 1930 musical “The New Yorkers,” it acts as a buffer between two tracks that are centered thinking about that special someone.

Gaga’s solo “Do I Love You,” was originally written in the 1930s by Porter for his show ‘Du Barry Was a Lady.’ This cover makes her the ninth notable artist to release a recording of this song, placing her among other musical legends including Ella Fitzgerald and Judy Garland.

The release date of this album just made the deadline for 2022 Grammys consideration, but the timing did not consider the time of year and the mood of listeners.

Considering the love theme of this album, (hence the name) releasing this song in January or February would have been most ideal.

The musical elements of holiday classics, and the tracks in this album, share many similarities, meaning people may be inclined to turn on these types of tunes during the cold winter months, following the holidays, when they are keeping warm inside.

Also, with the approach of Valentine’s Day, these tracks would have caught the attention of more couples during that time of year.

This album was a hard listen during this transition from summer to autumn, especially with the approach of “spooky season.” It isn’t the first genre of choice to listen to during this time of year.

The concept of the album was well-communicated, however, a couple of the tracks in the middle to the end blend together because they were so similar. This comes as no surprise since several of them were from the same composer.

As Bennett's final farewell to the world of music, this album successfully achieved its purpose, but it would have been more appealing if there were a little more variety between the jazz pieces that were selected.

Reviewer’s Favorite Song: “Do I Love You”

Reviewer’s Least Favorite Song: “I’ve Got You Under My Skin”