PHILADELPHIA – Bernie Sanders’ delegates said in interviews on Tuesday that they plan to continue to push his political revolution past the general election cycle.

And although Sanders, in his speech to the Democratic National Convention on Monday night, asked his followers to help make Hillary Clinton the next president of the United States, his 1,894 delegates remain divided on whether to follow through with his request. 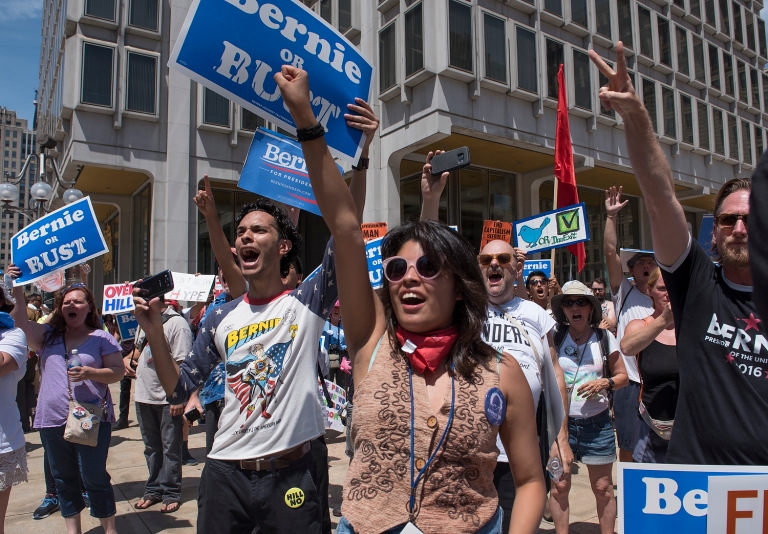 Hundreds of protestors gather to show their continued support for Bernie Sanders at a Bernie or Bust rally Tuesday, July 26, 2016 in Philadelphia during the Democratic National Convention. The rally was as much of a criticism of Hillary Clinton as it was in support of Sanders. (Photo by Gabrielle Mannino)

“As a Democrat, we all need to unite because we cannot let Donald Trump become president,” said Susan DeMetrick, a delegate representing the 5th Congressional district in Pennsylvania. DeMetrick has been a Sanders supporter since he announced his candidacy last summer.
Kerith Strano Taylor and Sheri Morgan, who are also from Pennsylvania, said they support Sander’s notion to back a Democratic candidate in the general election.

“I and many others will work for Hillary Clinton to get her elected, but we really wanted to be able to cast that ballot [for Sanders] because that’s what we came here to do.” said Taylor.
Taylor, who is also a 5th district Congressional candidate, emphasized that despite Sander’s request for his supporters to work with Clinton, he was keen on continuing to grow his movement outside the presidential election.

Taylor’s view was shared by nine other delegates, including Michael Lopez of North Dakota, who explained that their cause does not rest on Sanders or any one individual.

“Bernie made clear that the political revolution must go on,” said Lopez.

The Sanders’ supporters said the next step in his movement is to bring his values into local and state elections.

“We have an election for president every four years…. The idea is to take the energy… and elect more left-leaning progressive Democrats to office,” said Morgan.

But for Sander’s delegates, where his “political revolution” goes from here is not universally defined. Some delegates, such as North Dakota’s Robert Michael Haukenberry, support the “Bernie or Bust” movement on the basis that a third-party candidate may be more capable of accurately representing the core principles of the movement.

Some Sanders’ delegates said they could not support Hillary Clinton. 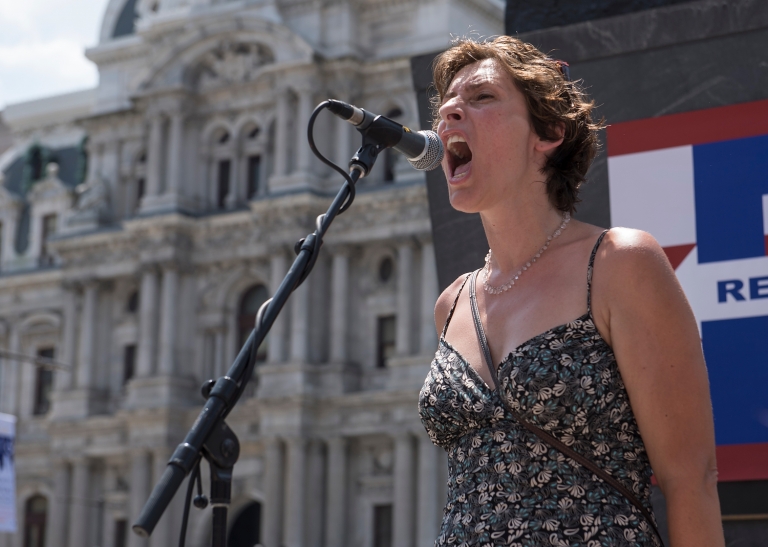 Debbie Lusignan criticizes Hillary Clinton at a Bernie or Bust rally in Philadelphia on July 26, 2016 during the Democratic National Convention. (Photo by Gabrielle Mannino)

“The two largest threats we are facing as a global community are anthropogenic climate change and nuclear warfare,” he said. “I think it’s important for us to continue with the understanding that that is not the current stance taken by the presumptive nominees for the Democratic Party.”
Haukenberry said the movement is not about standing behind a particular party. It’s about addressing climate change and global safety.

Dylan George of Kentucky, a Sanders delegate, acknowledges that while there is a chance for a third-party candidate to represent Sanders’ views more accurately, the party must come together and push to reform from within.

“Installing progressive values in the [Democratic] party is what we need to do,” said George. “And now we have a platform that is 85 percent of what Bernie Sanders wanted.” 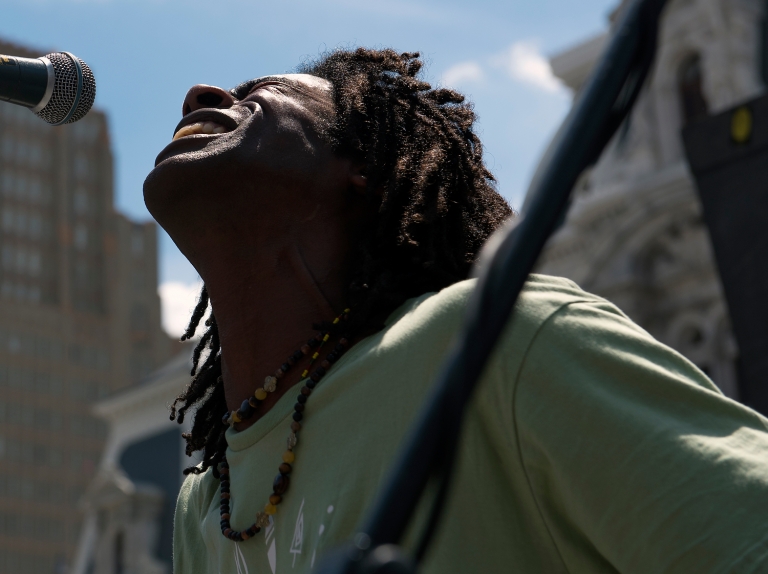 Kor "Element" Nelson, a rapper and performer, sings at a Bernie or Bust rally in Philadelphia on July 26, 2016 during the Democratic National Convention. His song, "Bernie or Bust", was known by most in attendance at the rally. (Photo by Gabrielle Mannino)
Tweet