With the anniversaries of culturally important albums sprouting up each and every year, the CommRadio Arts department will be diving into albums from select years and breaking down their impact. Here are the albums from 1993. 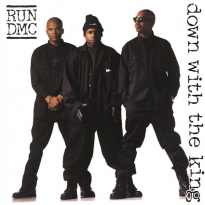 Run D.M.C: Down with the King

Down with the King was Run-D.M.C.’s sixth album and was released on May 4, 1993. This was their last album until they decided to reunite in 2001 for their final project, “Crown Royal.” At this time, rappers from the west coast were thriving on the charts. It was also the year before New York rap really had its iconic moments. The album starts off with one of their most popular songs and the name of the album, “Down with the King.” The music video for thing song was groundbreaking because of how many notable appearances were made in it like Eazy-E, Salt-N-Pepa and Jermaine Dupri, just to name a few. Run-D.M.C. worked with multiple talented producers to create this work of art. Throughout the album, the listener is reminded that Run-D.M.C. will have an everlasting effect on music. This album was unique in terms of the duo trying to push different boundaries musically. “Big Willie” was a tribute to rock music, featuring Tom Morello, while also staying true to the group’s roots. “What’s Next,” was also a song that had a dance-hall twist but still a song that Run-D.M.C. fans would love. It is also said that the duo’s consistent enthusiasm is infectious on every album or song they come out with and that is still a true testament on this album. When it was released, this album made an appearance as number one on the Billboard R&B charts and was also a contender in the top ten pop albums at this time. - Emily Mugno 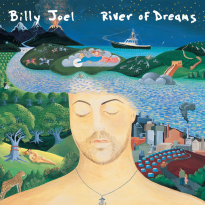 The piano man himself, Billy Joel, already made a name for himself by the year 1993. After 20-plus years of making music, the artist was not (and still is not) ready to stop. River of Dreams is the twelfth studio album from Joel, and the quality is no less than others of his before this. While the musical concepts on this record are not unique from those on Storm Front, Joel’s confidence is stronger and clearly more developed than years prior. It’s hard to say that anything Billy Joel creates is less than great, including River of Dreams. The musical skills Joel has grown in terms of not only the piano but also with guitar styled elements just show the commitment he has to the art. Although River of Dreams is no Piano Man or An Innocent Man, it was Joel’s highest charting album of the 1990s. - Jenna Minnig 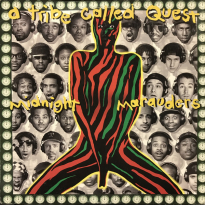 On November 9th, 1993, a hip hop group by the name of A Tribe Called Quest debuted their third studio album Midnight Marauders. Along with a great album came the album cover that recognized seventy different amazing artists. A Tribe Called Quest came into the music scene in 1988, creating an American hip-hop group that embraced their artistic flow into their six studio albums. A Tribe Called Quest gives listeners the chilled back jazz-rap sound that was influenced from artists like De La Soul and has now influenced many others like J. Cole, who sampled their song “Can I Kick It?” The hip hop group, which consisted of Q-Tip, Phife Dawg, Ali Shaheed Muhammad and Jarobi White, split up after their 1998 album. After the group split up they decided to go solo but still came together to perform as a group over the years. In 2016 Tribe member Phife Dawg passed away from diabetes.

Midnight Marauders was an album that consisted on a jazz hip-hop flow that had everyone singing along with great vibes all around. Number eight on the album, “Electric Relaxation,” was one of the top songs that had the best lyrics and perfect flow between Q-Tip and Phife Dawg. This old-school hip hop song plays out as a rap flow infused with laid-back jazz that you can sing along and dance to. The lyrics speak for itself as they talk about their love for ladies, especially when Phife Dawg starts off his verse with, “I like em brown, yellow, Puerto Rican or Haitian”. The album in whole represents those who have helped influence the hip hop culture. A Tribe Called Quest kills it as they infuse their own flow with others who inspired them to be who they were in music.  The album reached number one on the R&B/ Hip-Hop Charts and number eight on the Billboard 200. On January of 1994, the album was certified as gold with a total of 500,00 copies in the United States. – Rachel Milosica 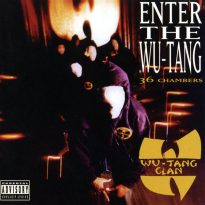 Staten Island and New York City hip hop group Wu-Tang Clan released their debut album Enter the Wu-Tang (36 Chambers) on November 9, 1993. The album sold 30,000 copies within its first week, hitting the US Billboard 200 chart at No. 43. Enter the Wu-Tang received critical acclaim upon its release and proceeded to go platinum in 1995. The nine members of the group all contribute their own unique styles to the project, but the central themes of urban life, martial arts, comic book references and many more are common between all the members. Each rapper gave their own voice to this groundbreaking project. Enter the Wu-tang takes a dark tone throughout, set to the backdrop of a gritty New York City. Despite this, Wu-Tang Clan knows when to be serious and when to just have fun with it, reflected by a level of humor that helps balanced with the aggressive tones and darker themes. The group's leader, RZA, was the mastermind behind the production of Enter the Wu-Tang. RZA made use of classic soul and martial arts movies samples to create a minimalistic, gritty sound that captured the darker themes of the album very well. Both east coast hip hop and hip hop, in general, were both impacted by the release of Enter the Wu-Tang, giving the rising success of west coast hip-hop at the time competition. Enter the Wu-Tang (36 Chambers) is one of the most significant albums of the 90s and is regarded as one of the greatest hip hop albums ever created.

Emily Mugno is a junior majoring in broadcast journalism. To contact her, email esm6@psu.edu.