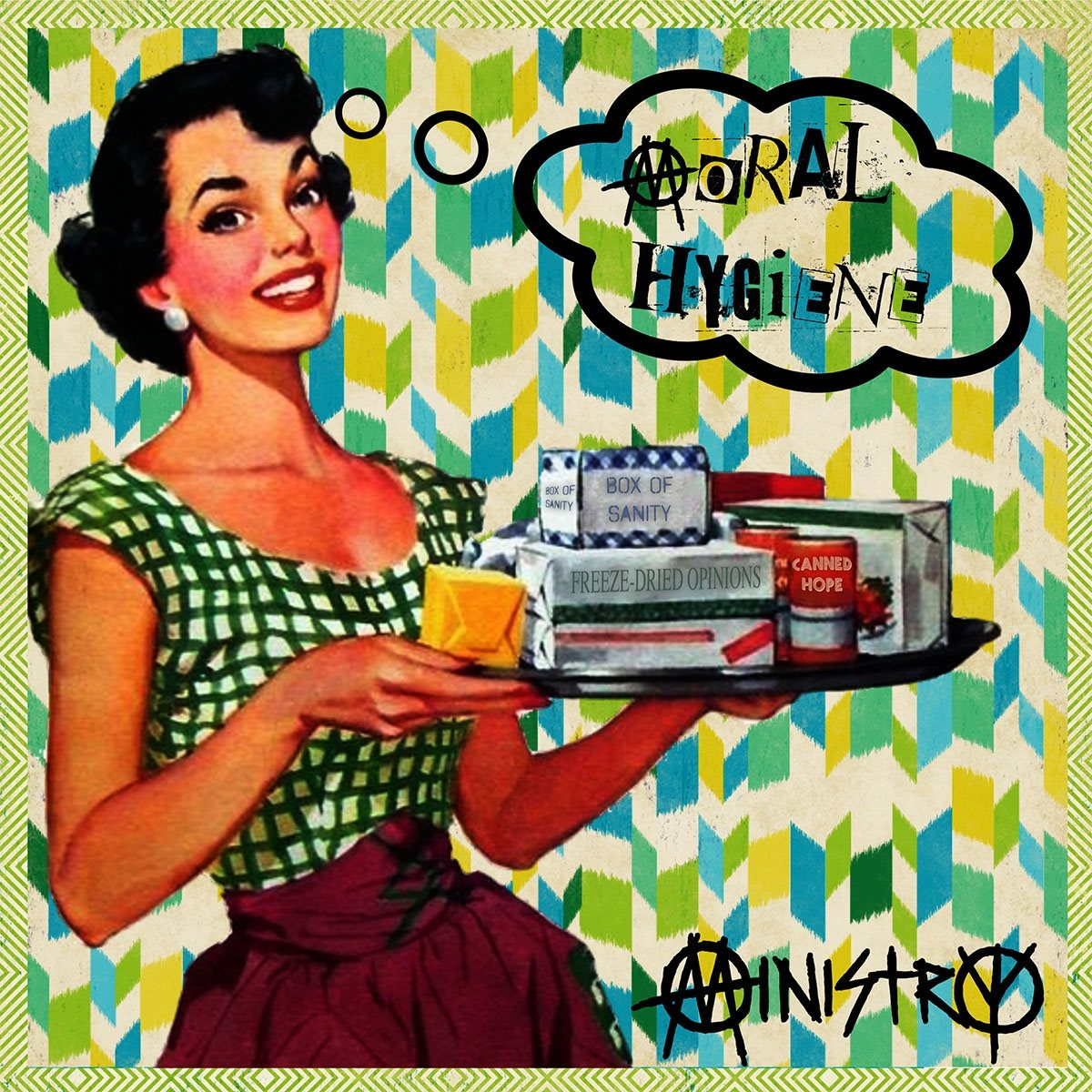 Ministry has been one of the most beloved contemporary ‘Industrial Metal’ bands for years now, with hits like ‘Stigmata’ from the band’s third album: ‘The Land of Rape and Honey.’ In this new project, Al Jourgensen combines both electronic music with the penetrating and signature metal sounds that Ministry has.

The album starts off with a very euphoric sound, where a female voice repeats “how concerned are you” numerous times before Al Journgense’s strong vocals lead the way. This opening track is an interesting way to start the album, as it combines a strong vocal delivery with musical elements inspired by acts like ‘Muse’, present for the first time in its discography.

The second tune, “Good Trouble” is more of like a filler song, with a catchy chorus and signature riffs, we hear chants in the background. The lyrics about defeating fascists is a common topic throughout Ministry’s discography, as its music is used as a medium to complain about politics, something other industrial metal bands like, ‘Rage Against The Machine’ and ‘System Of A Down’ are known for.

A high point in the album is the song ‘Disinformation’, where the band describes the troubles of fake news with screams and voice overs from different famous people like Donald Trump and clips from the news.

The use of different voices with its instrumentals was a success, as each song tells a new story in a very unique way, with its signature metal sounds in the background.

Ministry is well known for its covers and its unpredictable takes on famous songs, and ‘Search and Destroy’ by The Stooges was no exception. This dark take on the rock song made this cover one of the best ones of the band, as it made this song its own, with Al Jourgensen’s raspy echoey vocals and the electric guitar.

‘Believe Me’ is one of the more memorable songs thanks to its interesting concept behind it. This tune is a sung letter to President Donald Trump with clips of his voice and quotes. Ministry makes fun of Trump’s promises, as the chorus says, ”Believe me, I can trust a word you say is true.”

As political activists, it is not surprising that the band decided to target Trump and to address many other social and political topics throughout this well-executed album.

Toward the end, Ministry relies too much on the voice overs and comments by a variety of figures. In ‘Death Tolls’ we can hear the word COVID-19 more than 20 times over a repeated electric guitar and basic drum beats.

Ministry ends its album with a song that sums up the entire album, ‘Tv Song #6’, where clips by Trump, Greta Thunberg and COVID-19 are played over an interesting metal instrumentation.

Overall, this album was a win for the ‘Industrial Metal’ band, as it shows its versatility and ability to combine its sounds with important political topics. Despite it being sometimes repetitive, due to its use of voice overs, the instrumentals remained interesting and experimental.

Ministry fans are now expecting the band to venture and discuss other topics, as politics seem to be a current popular topic in contemporary metal bands.