DUBLIN — Todd Mealy can remember the Penn Manor of his high school and college days. 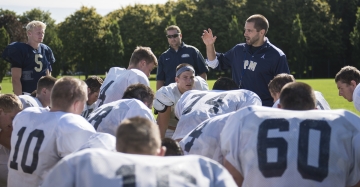 That was when the Comets didn’t carry much of a football reputation. From 1994-2008, he said, they never won more than five games, and one losing streak was featured on a “SportsCenter” broadcast.

So when Mealy took over as Penn Manor’s head coach in 2007, he had a specific goal, one that is being accomplished Friday when his team takes on Cedar Cliff. And no, it wasn’t to play a game in Ireland.

“I always wanted to get Penn Manor to the point where we could play Midd-Penn teams every year. We finally got Cedar Cliff scheduled,” Mealy said at practice Wednesday. 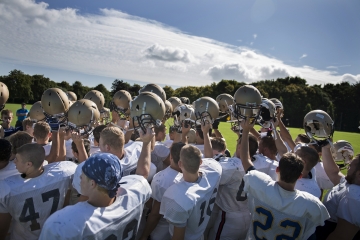 Midd-Penn is the toughest central Pennsylvania conference around, and getting on its slate of games says something about the Comets’ progress. “This is big for Penn Manor,” the head coach said.

Friday’s matchup at University College Dublin, 7 p.m. local time, caps months of hard work to get overseas. Through a plethora of fundraising moves – from a cookie dough sale to a golf ball drop – the two schools raised enough money to participate in a game organized by Global Football Inc.

The PIAA-sanctioned game will also serve as a prelude to the Croke Park Classic between Penn State and Central Florida the following day. 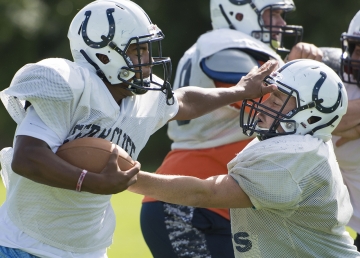 The matchup will feature some familiar names and new faces for both sides. But it is still an opportunity for Mealy’s Comets to continue their rise, as well as a chance for the Colts to get one back after back-to-back losses to Penn Manor.

The Colts, who finished 9-2, went into halftime of their postseason opener against Penn Manor leading 28-7. They scored only six more points, as the Comets rallied and pulled off a 35-34 victory. It was the second year in a row the Comets defeated the Colts in the playoffs, also doing so in a blowout the season before. 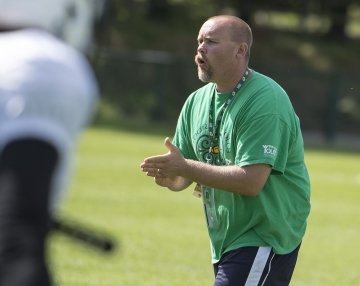 Mealy called the comeback win possibly the biggest game in program history, because he believed Cedar Cliff was the most talented team in the playoffs.

Quarterback Tanner Erisman leads the Comets’ passing game, and Tyler Spangler will try to make an impact at running back his senior year. He posted impressive numbers during his sophomore season but then got injured, assistant coach Gordon Eck said. Then Spangler played only the latter half of 2013 at cornerback following a broken arm.

Spangler could be a feature back in a deep pool of talent. The Comets also will use Carter Kinser — a starter at safety in 2013 whom Mealy called “probably the fastest, most physical” back of the bunch, transfer Jamal McCaskell and, at fullback, Ashton Leschke. 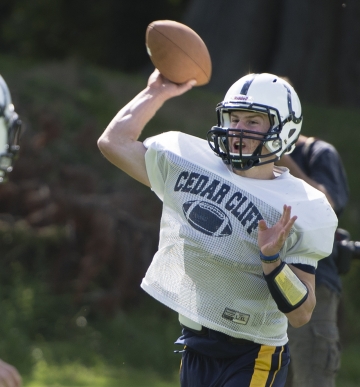 Cedar Cliff coach Colin Gillen said he has a strong group of returnees, but there might be no new bigger story than quarterback, Grant Breneman. The brother of Penn State tight end Adam Breneman is making his debut as just a sophomore after playing occasionally last season.

Gillen noted that the first start and the different setting are not things he necessarily needs to talk to Breneman about.

“Grant is a great kid, and he goes about his work in such a way that he almost manages himself,” Gillen said. “He’s a great student of the game and he makes mistake because he’s a sophomore. Every sophomore quarterback is going to make mistakes.”

Both teams had to give their best efforts in more than just practice to get to their season opener in Dublin. They’ll now meet at UCD to start a season, and despite the past, everything about this game makes it difficult for Gillen to predict the vibe it will take.

“It’s obviously going to have a different feel from the standpoint of no cheerleaders, no band, from that standpoint,” he said. “But I think once we get between the lines and we crank it up, it’s going to be a football game like it would’ve been over in the States.” 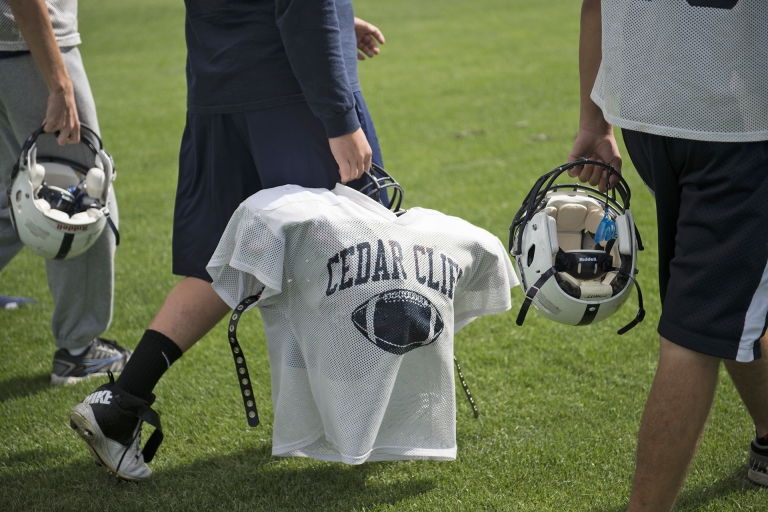