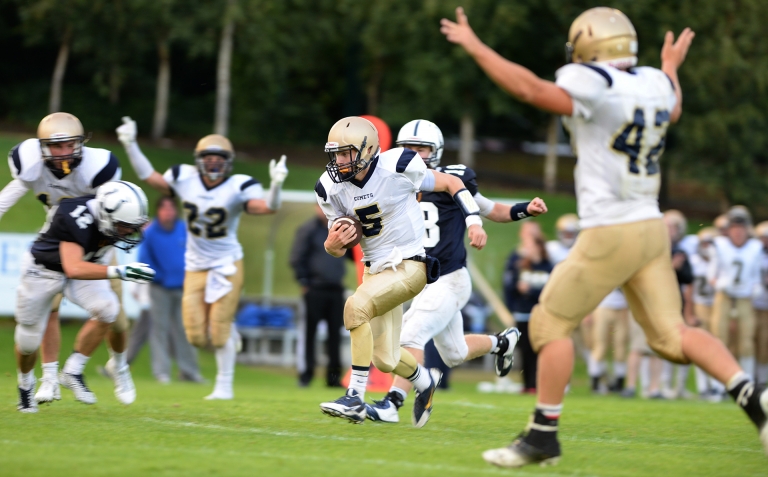 DUBLIN — A lot was different in Penn Manor's season opener. 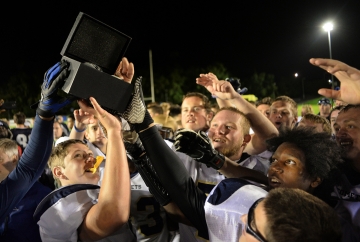 Fans were shielded from pre-game rain with a roof covering the entire set of bleachers. They had to pay close attention to the game, as University College Dublin's scoreboard was clearly not for football, showing only the score.

The uprights went straight into the ground, making a vintage “H” with the crossbars, and the chilly and windy conditions were reminiscent of an October game, rather than an August matchup.

A lot was different, but it added up to the same result for Penn Manor. The Comets defeated Cedar Cliff — the same team they vanquished the past two postseasons — winning 27-20 Friday night in Ireland after fending off a rally in the second half. 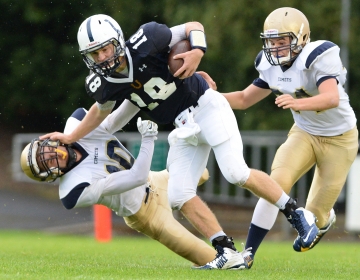 “There's a lot of new players and the jury's out on how good this team's going to be.,” Penn Manor coach Todd Mealy said. “We have a long way to go, I think, but having said that there’s no doubt we beat a very good team, a Midd-Penn team, and my hat's off to [Cedar Cliff] coach [Colin] Gillen and his team.”

The game, organized by Global Football and played at University College Dublin, served as the return of high school football for fans at the game. It will be followed by Saturday's Croke Park Classic, which pits Penn State against Central Florida.

Both high school teams spent months of fundraising to reach the contest, held five time zones away from central Pennsylvania. 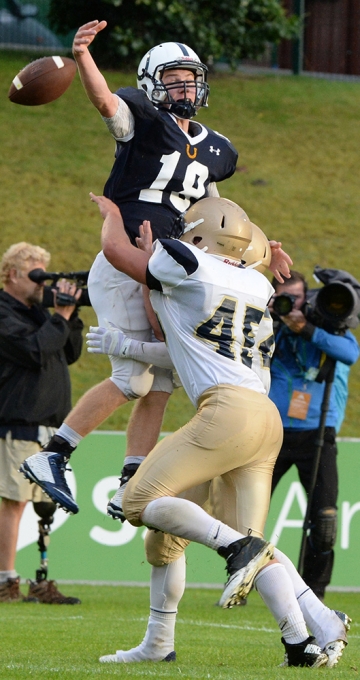 Senior quarterback Tanner Erisman was a catalyst in the Comets' three first-half touchdowns. He finished 12-for-20 for 177 yards, two touchdowns and two interceptions. He rushed for 46 yards and a TD off nine carries, as well.

“He just carries and runs the offense and does a great job,” Gillen said, calling Erisman a difference maker. “He's a great athlete, a great quarterback, and you could really see his being an upperclassman.”

The Comets received to start the second half, and Jamal McCaskell appeared to blow the game open with a 36-yard touchdown run to make it 27-6. But the Colts fought back, cutting the deficit to seven points on Grant Breneman's quarterback sneak. After that, though, both offenses stalled and neither scored in the fourth quarter.

“We had to come back in the second half and we drove the ball and ran the ball a lot,” Breneman said. “The second-half adjustments were big – we just couldn't finish.”

Erisman's first touchdown came during Penn Manor's first offensive drive. He avoided trouble by cutting back on a rollout and found Tyler Spangler in the right side of the end zone to take a 7-6 lead.

The Comets never trailed after that.

Erisman was poised in the pocket throughout the contest. That was probably most evident during Penn Manor's third scoring drive. 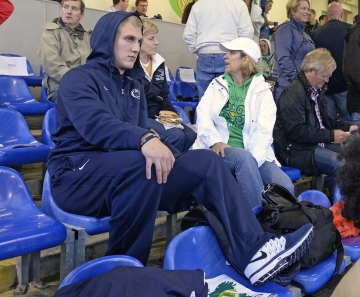 The Comets methodically moved down the field and picked up four first downs, three of them on third downs. Facing third-and-short on the next set of downs, Erisman fooled almost everyone on a fake hand-off, taking the ball himself for a 13-yard TD run.

The signal-caller's performance bested Cedar Cliff's Grant Breneman, who made his first start at quarterback. The sophomore started hot, capping the game's opening drive with a 34-yard run down the left sideline after a fake hand-off.

After that, though, Penn Manor began to clamp down, rushing Breneman on passing plays and bringing him down in the backfield on designed runs. Breneman ended his debut with 5-of-11 passing for 77 yards, and 18 carries for 92 yards. His brother, injured Penn State tight end Adam Breneman, was in attendance with his family. 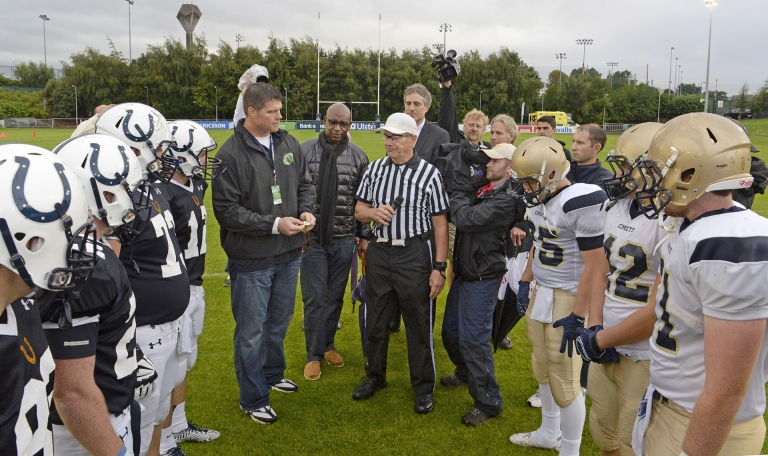 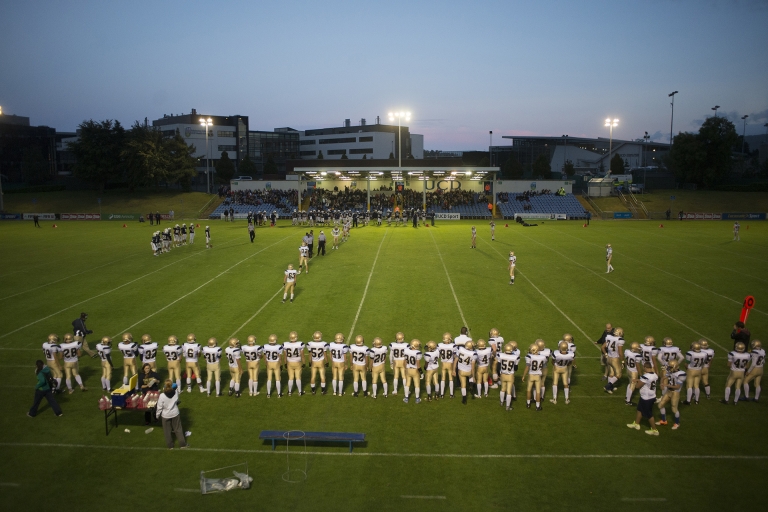 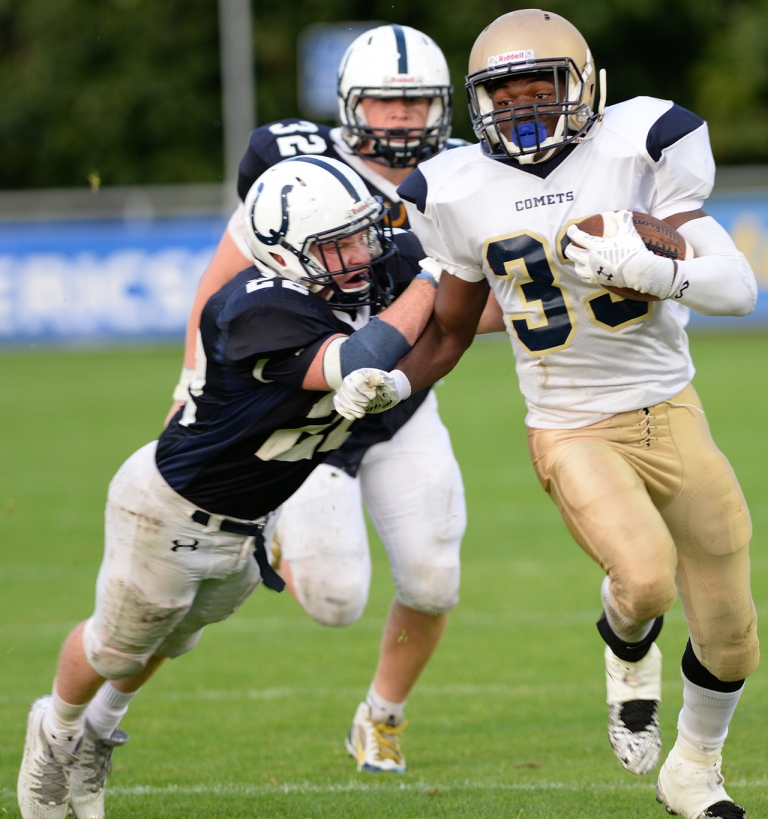 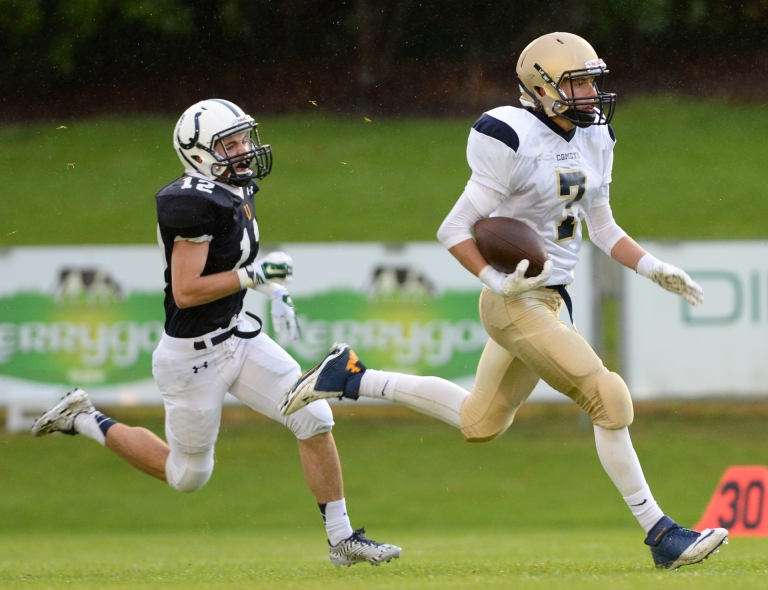 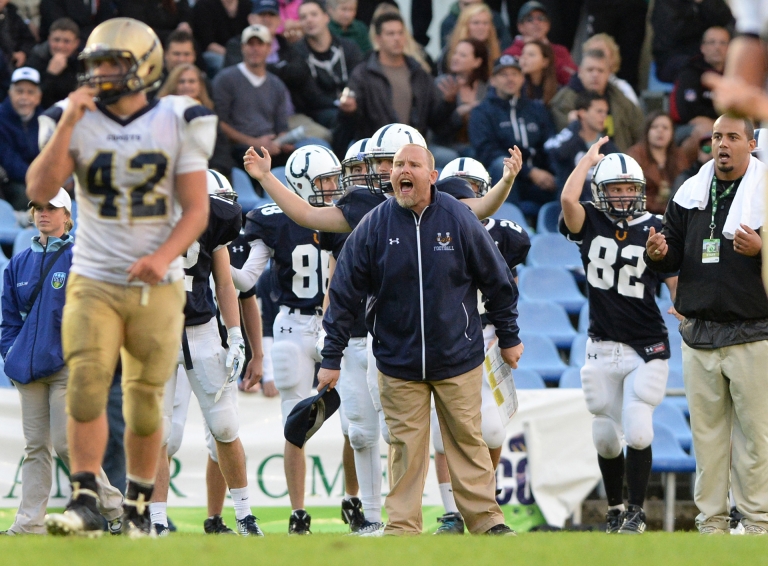 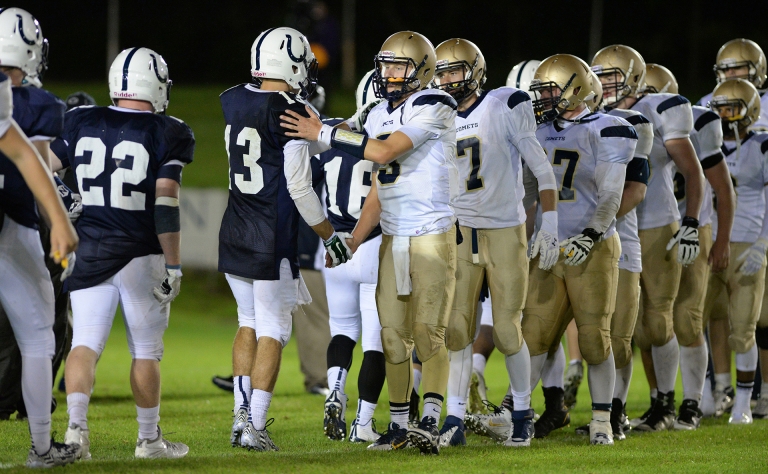 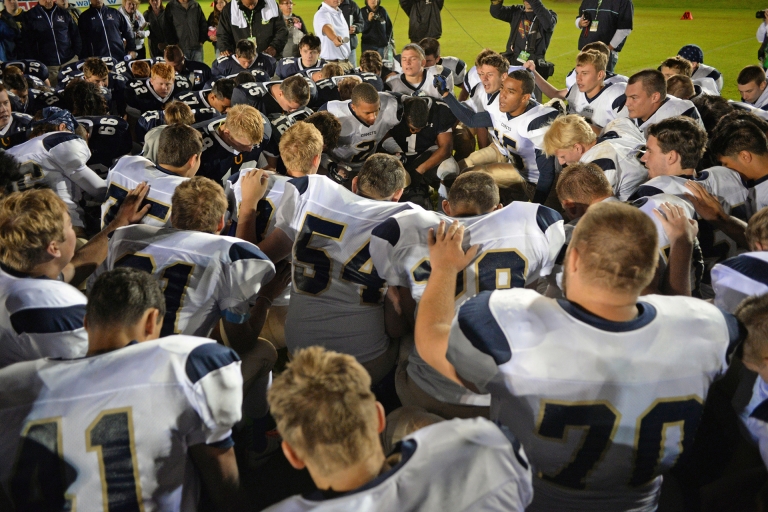 
(Writer Eric Shultz, and photographers Hannah Byrne and Kelsie Netzer, are students in the John Curley Center for Sports Journalism at Penn State.)