DUBLIN – As it got closer and closer to the start of Penn State’s pep rally Friday afternoon, the corner of Essex and Parliament Street in the Temple Bar district of downtown Dublin turned into a sea of blue and white. 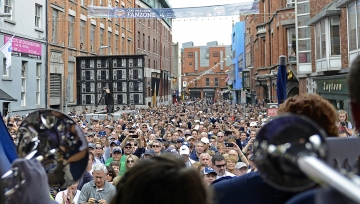 If you didn’t know any better, you might think you were wandering down College Avenue during game day in State College, not more than 3,000 miles across the Atlantic Ocean.

“This is the greatest fan base in the whole United States,” said Cathy Cronin Beam, a 1977 Penn State graduate from Altoona. “Penn State fans follow them all over.”

Indeed they have. An estimated 10,000 fans flooded the cobblestone street, standing shoulder to shoulder across its entire width. Some stood on raised windowsills to get a better look at the stage, while a few dozen watched the Blue Band and Lionettes dance team from the rooftops of nearby apartments and hotels. 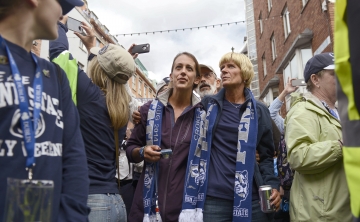 Chants of “We Are … Penn State!” echoed across the exterior of the old brick buildings as the fans gathered a day before the Nittany Lions take on Central Florida in the Croke Park Classic.

“It’s pretty cool,” said Jim McCarthy, a native of Harrisburg, Pa., and a 1973 graduate whose grandfather was born in Ireland. “This is a great substitute for the bowl game because of the sanctions.

Penn State coach James Franklin did not attend Friday’s pep rally, so a handful of university leaders rallied the crowd. 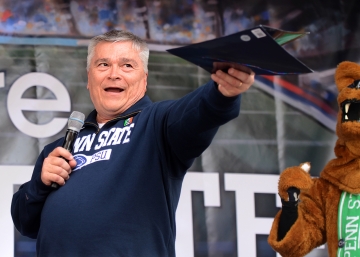 University president Eric Barron poked a little fun at the Knights, telling the crowd that he and his wife have been in Dublin for three days and still haven’t seen a UCF T-shirt.

Barron chose to focus on the academic success of the football team. He rattled off a list of academic statistics, including the fact that 46 players have a GPA of 3.0 or higher and 21 made the dean’s list last semester.

“One of the things that made me the most proud (about Penn State) is that we have brawn out there, we also have brains out there, we have honor and integrity out there and we have football players that are just plain good people,” he said. 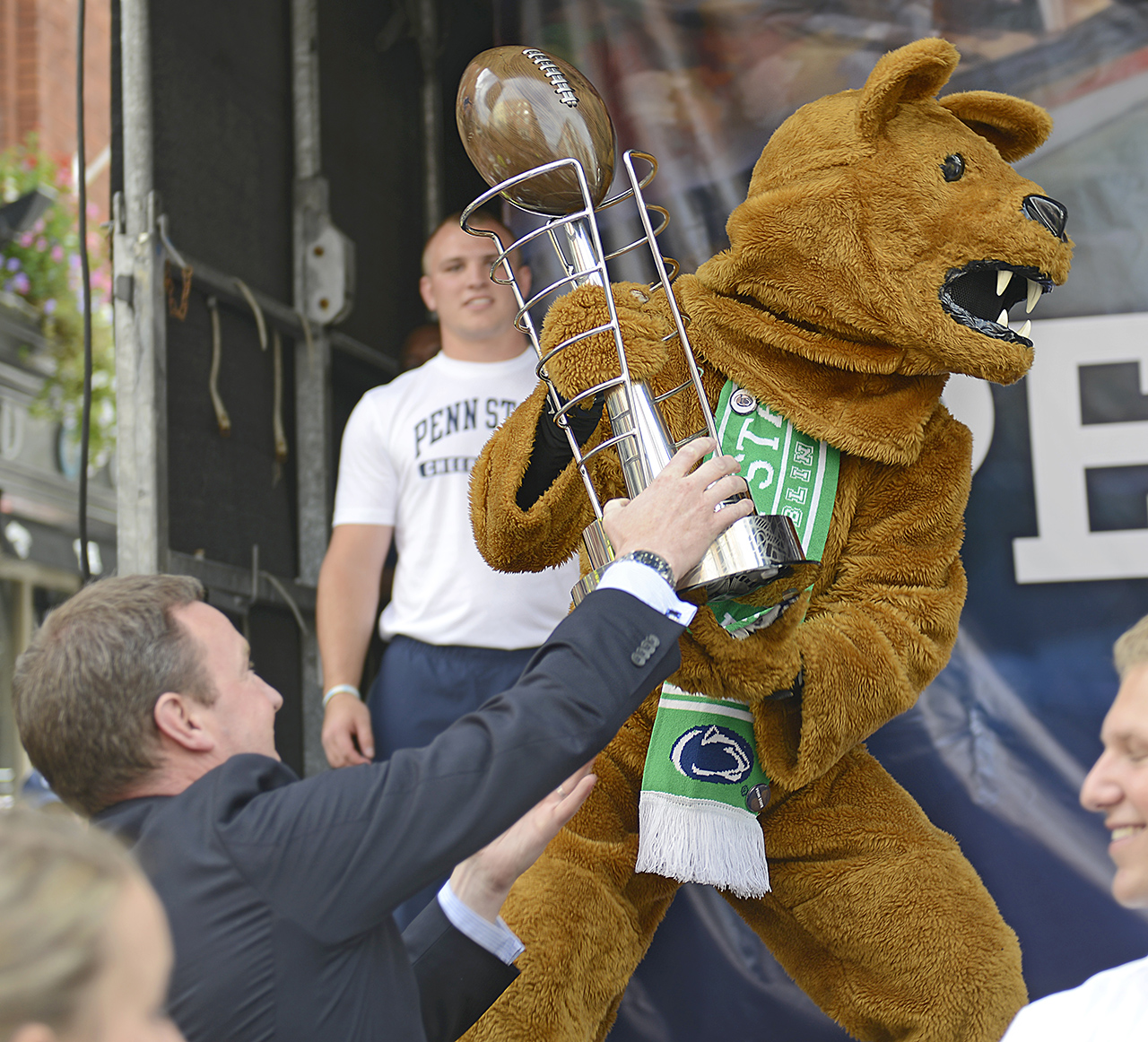 New athletic director Sandy Barbour also touched on the importance of success in the classroom, and she said she is adjusting to her new position.

“I look forward to getting to know more and more about Penn State, but I know a couple of things,” Barbour said. “I know that we are resilient, we are determined, and we are about excellence. Always have been, always will be.”

After almost an hour, linebacker Ben Kline and wide receiver Matt Zanellato arrived and spoke on behalf of the football team, thanking the fans for traveling to another country to show their support.

Zanellato, a senior who has been on the team since the Sandusky scandal broke in 2011, reminded fans of a tweet he sent out two years ago that said players come to Penn State not to play in bowl games, but to “receive an unbelievable education and play in front of the best fans in the country.” 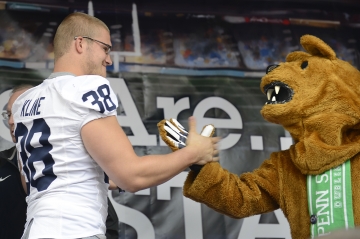 “The support means so much to all of us,” said Zanellato. “I mean, just take a look around. This is Penn State. This is who we are.”

While Penn Staters had plenty of reason to cheer, even the locals were happy to observe the sights and sounds of an American pregame tradition. Curious residents poked their heads out of windows to get a better view, and some chose to document the moment with pictures and video.

“It’s great for business. It’s great for Ireland,” said Allen Spirin, a bartender at The Liquor Rooms in Temple Bar, who was taking a moment during his break to soak in the scene. “Most of the Americans are Irish anyway,” he joked. 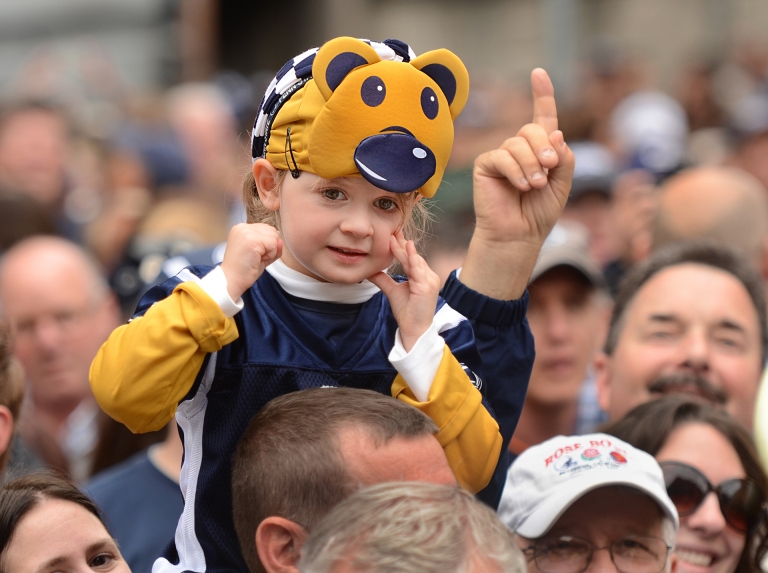 (C.J. Doon (writer) and Bobby Chen (photos) are students in the John Curley Center for Sports Journalism at Penn State. )