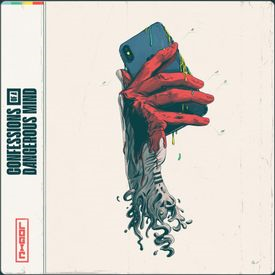 Logic – "Confessions of a Dangerous Man"

Logic is back for his sixth studio album, and also the title of his recently released single, “Confessions of a Dangerous Mind.” While the rapper has not set a release date, fans can be content with the new single.

Within the past couple of years, Logic has proven himself on the rap scene, particularly with his  2017 track “1-800-273-8255.” The rapper takes his new single back to a similar theme, tackling depression and self-worth.

“Confessions of a Dangerous Mind” was released on streaming services along with a music video, which opens with the statement “this is a public service announcement.” It features the rapper singing the song in a black room while blood cascades down his body as snow falls.

In the song, Logic admits that everyone has their own problems to overcome in life. Yet, he brings the focus back to himself when he raps about the fear he encounters every day and the depression social media causes him while trying to make it in the industry. It is a song that comes completely from the heart, and he even puts in a slight message to not “tear it apart” because of its heartfelt message.

There is no prevailing chorus throughout the song. The strength of the song relies solely on the continuous flowing verses. While it may not be as memorable to general audiences as “1-800-273-8255” because it lacks a repeated chorus, it certainly has a meaningful and similar theme that audiences can take away. – Jade Campos 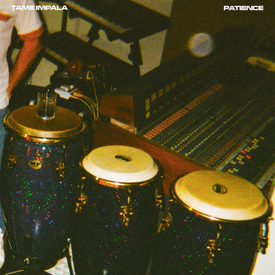 For those familiar with Parker's previous records and singles, they will feel right at home. Parker's distinct trippy and psychedelic style is ever present, though not alone.

This time around, Parker has decided to incorporate more piano as well as disco-inspired percussion and tones. It is a change that allows the listener to experience something new out of the very formulaic music, and it does so in a way that compliments the original track without taking away from it.

Not unlike traditional Tame Impala songs, Parker injects the track with lyrics that are more melancholic than the song actually sounds. It talks about the idea of patience, whether it is in relation to his own music or his relationship with his wife. This is a triumphant return to the mainstream from Parker, and the anticipation for his next album is more relevant than ever. – Jack Grossman 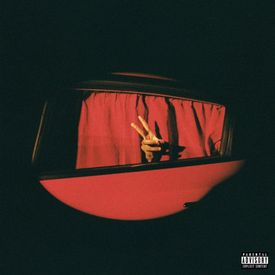 The experimental hip-hop trio Injury Reserve drops their second single of the year following up the 2017 project “Drive It Like It’s Stolen.” It is also a track that comes to much of the group’s fans relief. Having dropped “Jawbreaker” alongside Rico Nasty and Pro Teens, a song that focused primarily on the influence of the fashion world and how it can corrupt their followers into thinking less of themselves. The track had clever wordplay and some insightful speech, even reaching top models such as Ian Connor, but it lacked the group's typical production value.

Now, on “Jailbreak the Tesla," producer Parker Corey can be heard sampling the infamous Fast & Furious Tokyo Drift theme by Teriyaki Boyz, as well as the abrasive sound of high-speed car breaks. The premise is simple, “what if you could jailbreak your car?” The artists divulge into a wide range of tongue in cheek such as Aminé’s line referencing Elon Musk’s most recent relationship, “And Grimes’ voice gon’ be the GPS”.

Injury Reserve has yet to comment on if an album is in the works, but after two big, feature heavy singles? It seems likely an announcement would be coming sometime soon. – Matthew Dunn 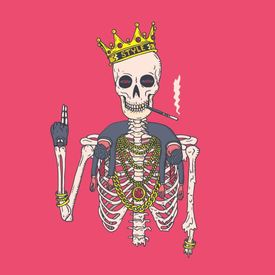 The heavy electric drum kit blends well with the synths to create a heavy mood. The bass adds on to this with a happy, upbeat instrumental that wouldn’t sound out of place in a dance hall. The guitar riffs are basic but it works. The bridge mimics Mark Foster’s vocal lines in an enjoyable break towards the end of the song.

Foster the People have been following the current trend in the indie scene, similar to groups like Franz Ferdinand and Arctic Monkeys with an electronic-heavy sound. Foster the People are known for their happy sounding songs with darker lyrics and “Style” is no different. The song is about death and Foster wanting someone to take him out in style. He has no fear of what happens in the afterlife, just tired of his life on earth.

The band is still trying to recapture the magic of their first album “Torches,” but this song is more of an evolution of that style, which isn’t necessarily a bad thing. – Owen Paiva 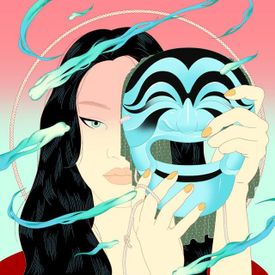 “Starry Night” is a tropical disco-house track that comes to feature Peggy Gou’s staple Korean sung verses. Deeply entrenched in echo, Peggy sways behind the guiding bassline, creating a calm, warm atmosphere. The track follows up her critically acclaimed 2018 hit “It Makes You Forget (Itgehane)” and it carries over plenty of its finer elements.

As usual, the opening sounds like something any kid with Guitar Band could conjure up, but Peggy has this ability to get the most out of it. The track continues to build, always adding something new. From pumping piano chords to crisp hi-hats, there are plenty of different rhythms all making its way onto the beat, allowing for this playful summer aura.

A newcomer to the genre, Peggy is still finding her space within the house scene, building up residency at BBC’s Radio 1 and playing the iconic Bergheim, amongst having her own Boiler Room set, the question arises where she will go from here. Some expect a more KAYTRANADA pop route, while others believe she has a firm grasp on the genre’s future, with this latest release simply being another step in the right direction. – Matthew Dunn

Jade Campos is a freshman majoring in print journalism. To contact her, email jmc7727@psu.edu.

Owen Paiva is a sophomore majoring in film/video. To contact him, email
owenpaiva@sbcglobal.net.