The smells of fried falafel and freshly shaven shawarma and the yells from buyers and vendors alike echo through the streets while a rainbow of colors of fresh produce, candy and cut flowers radiate through the Mahane Yehuda Market at all hours of the day in Jerusalem, Israel.

Mahane Yehuda, the Shuk in Hebrew,was originally an open-air market selling food to area residents. It has grown to include an open-air section on Mahane Yehuda Street and a covered section on Eitz Chaim Street with another seven streets bisecting the area. The market is a few miles from Jerusalem’s Old City.

During the day, each street in the market hosts stalls featuring fresh fish, fruit, flower shops and ethnic food from Israel’s many immigrants. While at night, bars and pubs become an attraction for both locals and tourists, according to the Israeli newspaper Haaretz.

The market dates back to the 1300’s during the Ottoman empire, but was officially developed by local peasants as the 19th century ended. Its popularity grew during this time because its location offered easier access than the Old City, according to the market’s official website.

The market continued throughout the British Mandate (1917-1948) even with the implementation of health inspections and high taxes. Three markets became permanent, including a section dominated by Iraqi immigrants, according to the Illustrated Guide to Jerusalem by Eliyahu Wagner.

Terrorist attacks in 1997 and 2002 – which left 23 people dead – brought major infrastructure and cultural changes to the market in order to bring back visitors, Idele Ross, a freelance editor and writer and former resident of the area, said.

Many new cafes and bars in the Shuk have become a major draw for tourists and locals alike which has made the area a hotspot for Jerusalem nightlife.

“The Shuk becomes a giant nightclub,” Ross said, describing the change in the Shuk once the sun sets. Some critics of the market complain of the market’s loss of “authenticity,” she added.

Like the nightclubs, the ever-changing landscape of Israel affects the marketplace. The influx of supermarkets and young entrepreneurship throughout the city has left the Shuk competing for business.

“The supermarkets give Mahane Yehuda a real rivalry,” Ross said in reference to lower prices and access to parking. “A lot of people don’t come to the market anymore. It’s not the center of shopping it used to be.” 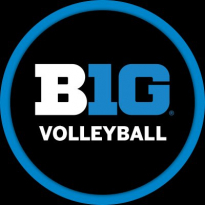