Photos from the final day and the final hours of THON 2012. 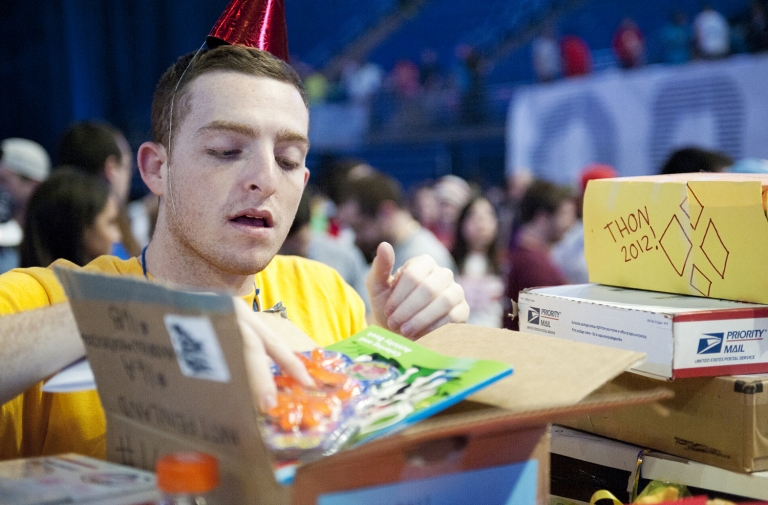 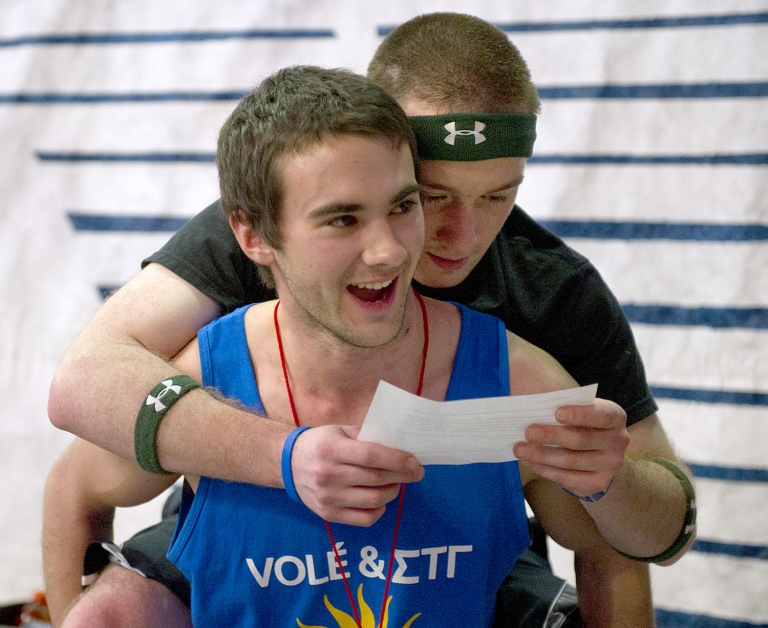 Tyler Parenzan, a junior studying engineering science and a dancer for sigma tau gamma, reads his mail while being held by his fraternity brother, Beecer Watson, a sophomore studying material science. / Photo by Kelley King 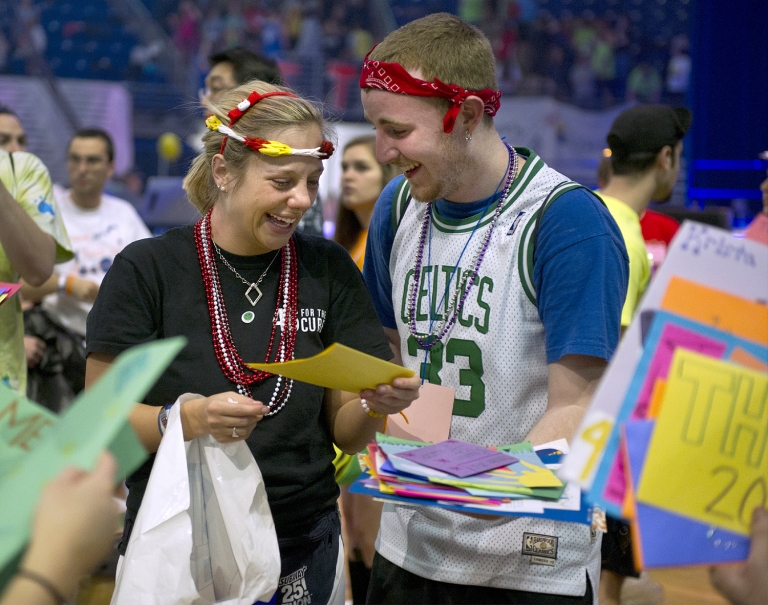 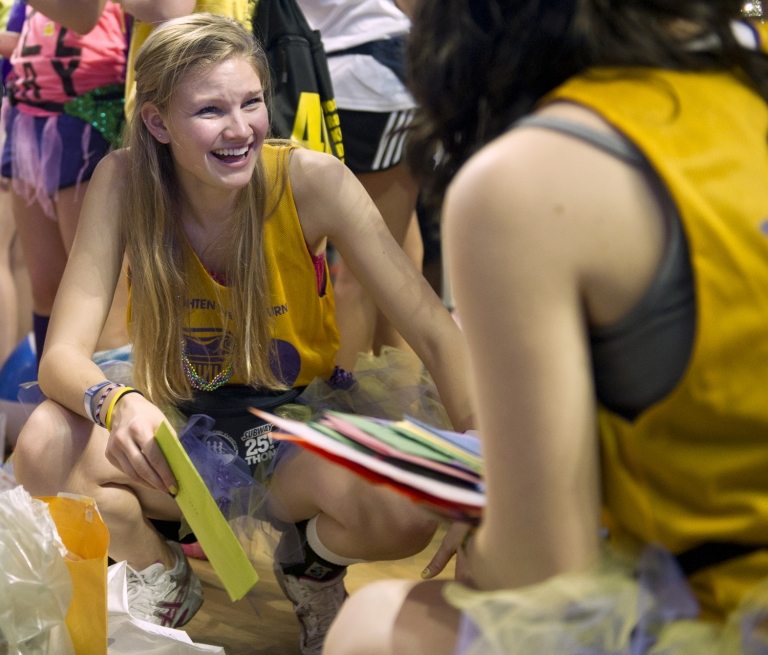 Abby Ott, a junior studying kinesiology, and a dancer for independent THON organization Pillar, laughs with a fellow dancer while reading her mail. / Photo by Kelley King 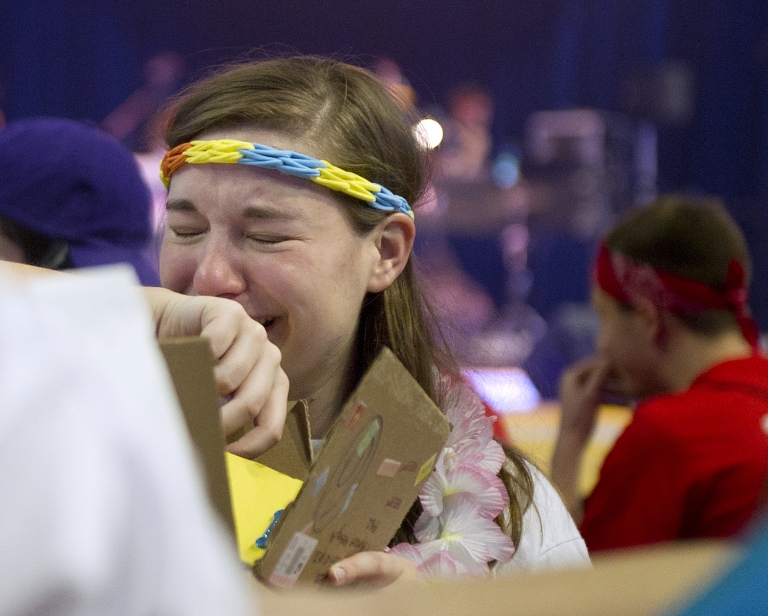 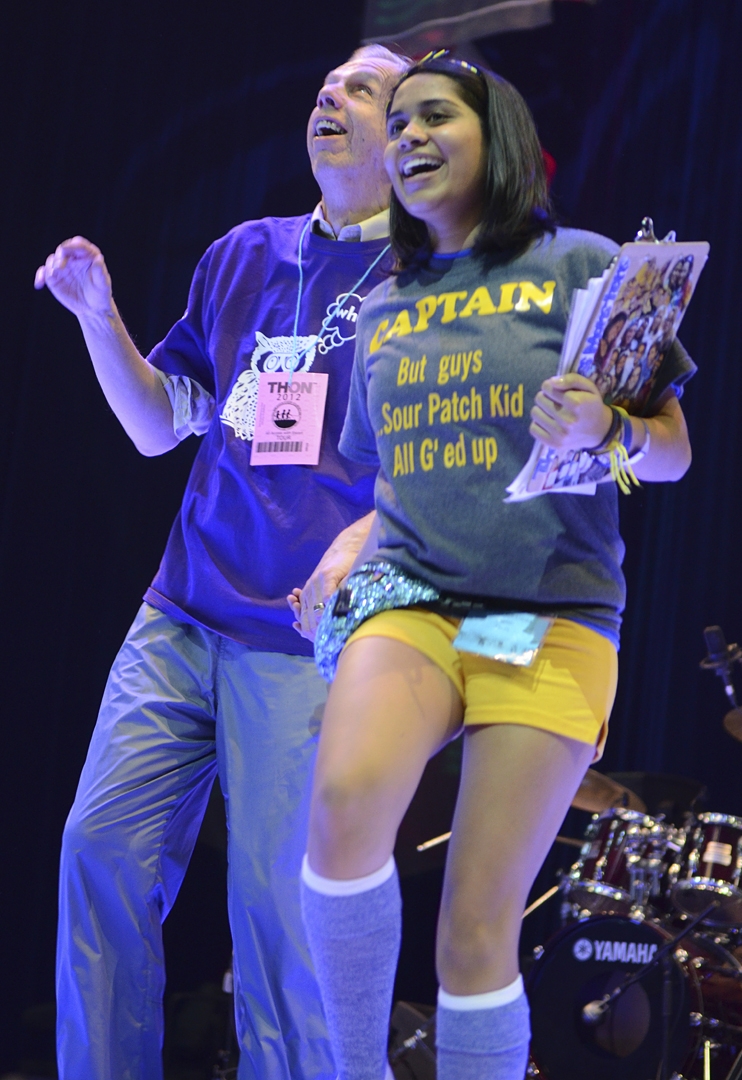 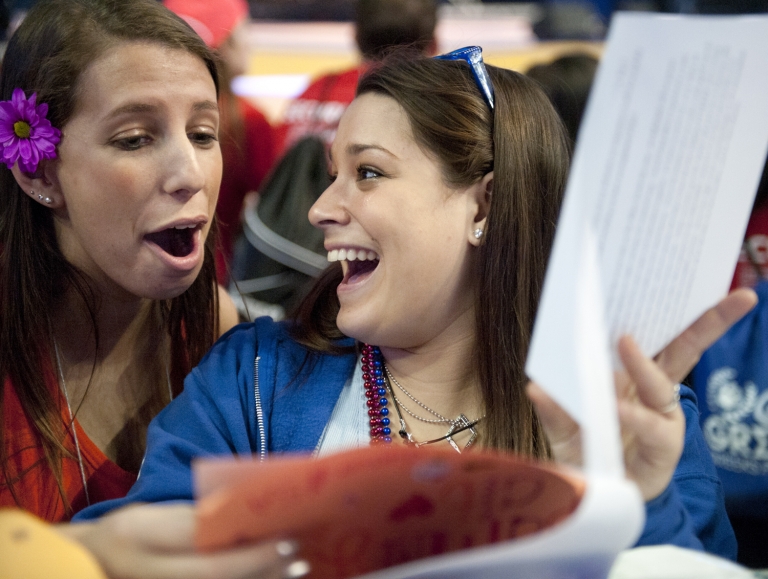 Sam Citron, right, a Penn State senior and THON dancer for Alpha Omicron Pi, laughs as she shares a letter with Jen Frohman during mail call. / Photo by Tyler Sizemore 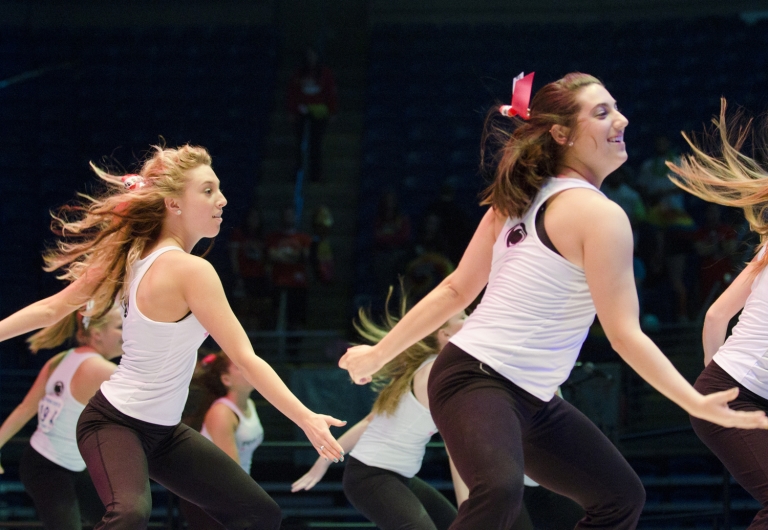 Penn State Dance Alliance members performed on stage in the early hours of Sunday. The all female ensemble mixed contemporary and classic dance for their choreography. / Photo by Kaitlyn Knopp 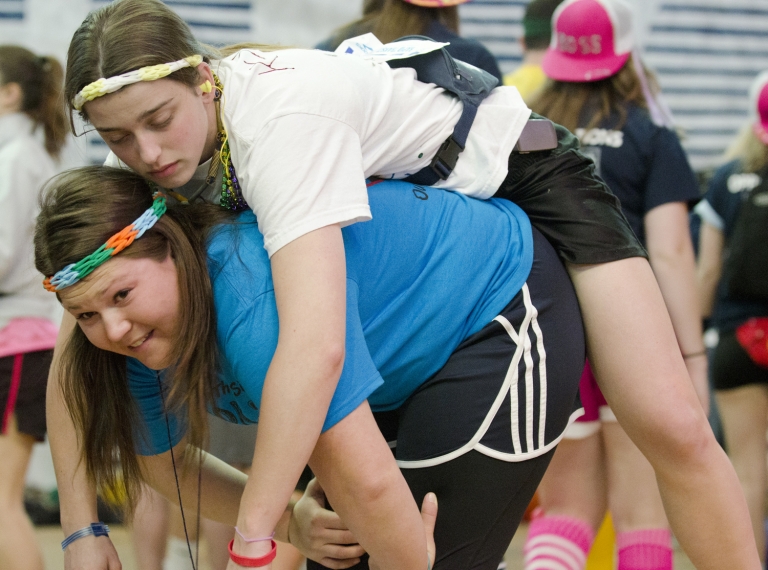 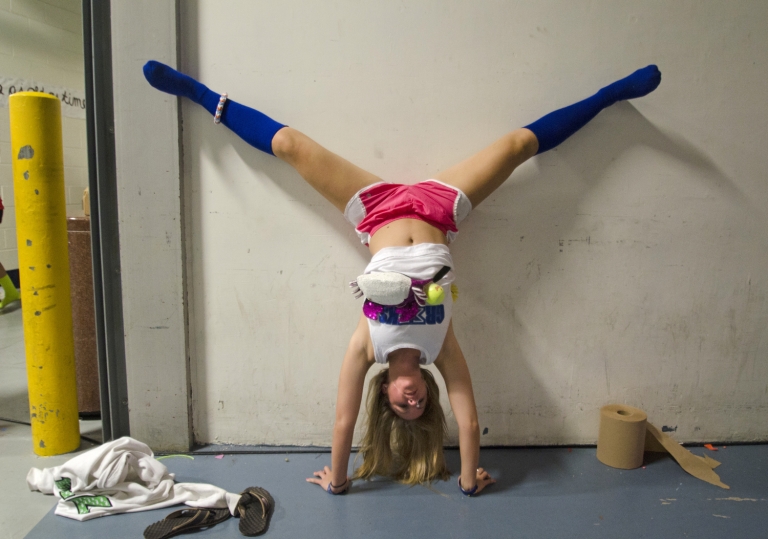 Becca Williams tries to balance the swelling in her body by doing a handstand. She is dancing for her sorority Zeta Tau Alpha. She tried various positions on the wall before settling on this one for a few moments. / Photo by Lindsay Lipovich 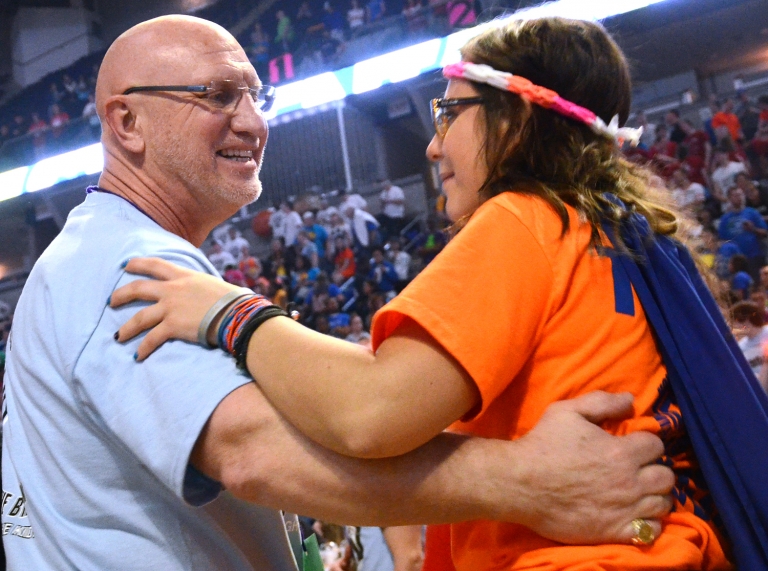 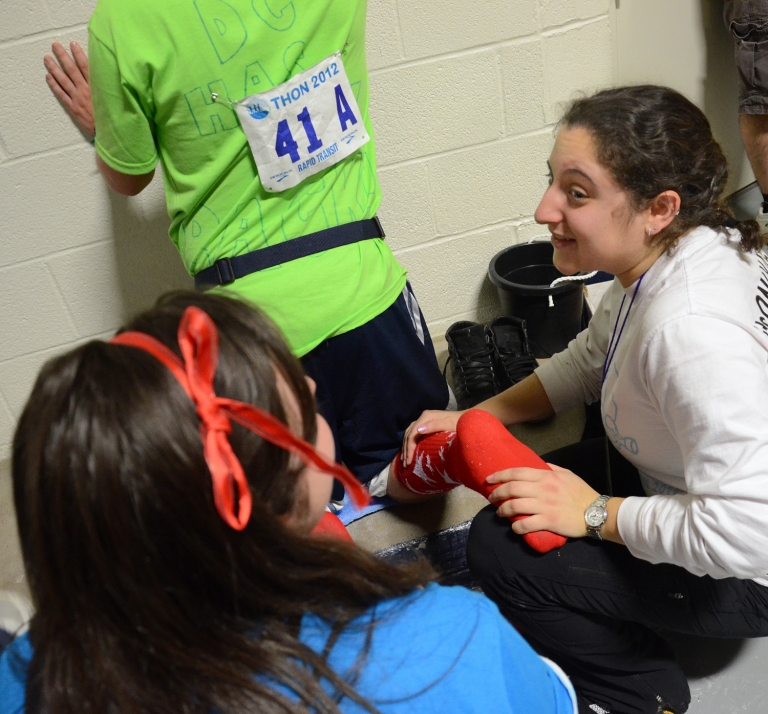 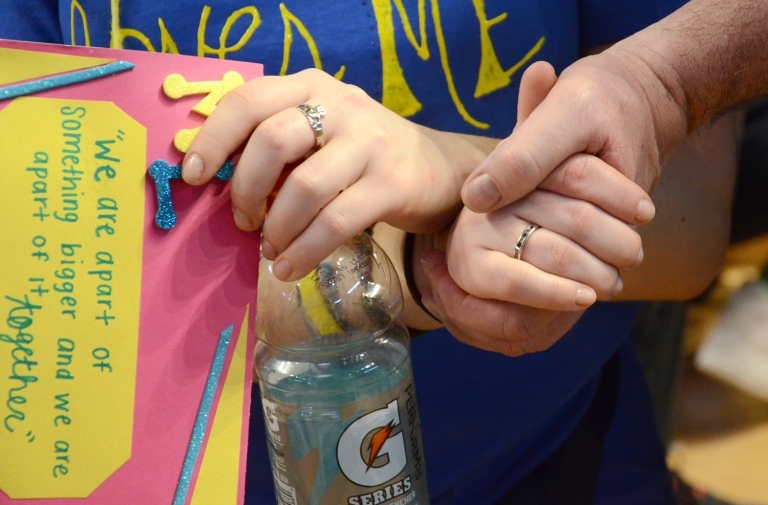 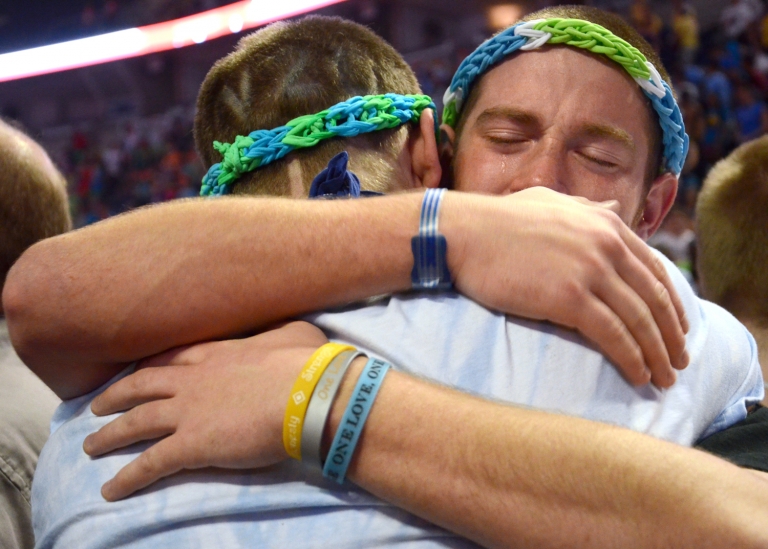 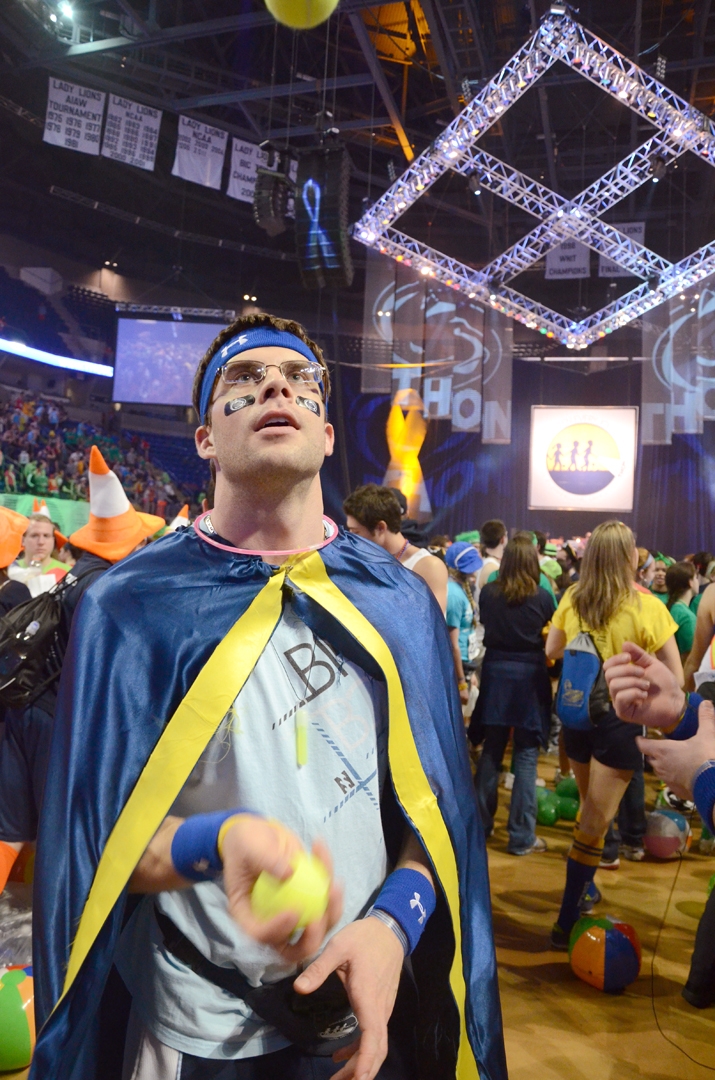