THON – the Penn State IFC/Panhellenic Dance Marathon – Last year the event raised more than $12 million to benefit the families of children with cancer. Each February the dance marathon fills the Bryce Jordan Center at University Park with 15,000 people for 46 hours. These are some of their stories.


Rocky Collins never thought he would be performing in front of such a big crowd. What started out as a joke turned into what he says is one of the most thrilling experiences of his college career. He took the stage Friday night with Penn State's Urban Dance Troupe. They performed to a power mix of 2014's Top 40 Hits in order to hype up the crowd.

Thoughts of a Dancer

Clara Etter, a dancer this year for the THON special interest group Atlas, had many feelings about why she decided to become a dancer. Besides being someone who likes to give back, she has specific people she has become close to over recent years that make her job as a dancer much more meaningful. While the Smiths, Brobsons, and Gerenas are all Atlas families, she has had different experiences with each.
As co-captain of the family relations portion of Atlas, Etter becomes especially close with the families. Her main role is to make the families feel as if their lives are not filled with hospital beds and test results, but rather a future that is bright filled with people who care. Her weekend at THON will consist of tired legs, loud songs, and many people.

At the dance at last

Jackie Freiberg and Kaylyn Rossi, recent graduates from Penn State had years of THON experience, but had never danced in THON. They won the chance to dance at THON 2014 by raising the most money in a contest run by the Dance Marathon Alumni Interest Group.

Freiberg graduated in 2012 and lives outside of Philadelphia, Pa. while Rossi graduated in 2013 and lives in Baltimore, Md. The two made the drive to State College on Thursday night, so they could begin their first dancing experience in THON the following day.

Looking for a good seat

Penn State junior and Tri-State Family and Relations Chair Jake Robinson was one of the first students in line Friday morning in hopes of securing the best seats in the Bryce Jordan Center.  Robinson and many other THON supporters braved the elements, some starting as early as 6 a.m., meaning a 10-hour wait until the doors opened at 4 p.m.

As part of the OPPerations committee, Katie Perotta made her way to the Bryce Jordan Center at 4:45 a.m. on Friday.  She was assisting other committee members as they placed mats on the event level floor for the start of THON.

In Line For THON


Gregory Lapocho and Jillian Cerinski got a break in the weather on an otherwise rainy Friday and enjoyed a sunny wait outside the Bryce Jordan Center as they waited in line to support this year's THON.

Christina Kehoe will dance in THON in her final year as a Penn State student. Becoming a dancer was something she really never thought she would do. Now, as she enters her final THON, Christina tells her story of the preparations and demands that go into becoming a THON dancer.

Kaley Ebling is currently a senior at The Pennsylvania State University where she is majoring in broadcast journalism and will be graduating in May 2014.  She lives in Pottsville, PA, roughly 45 minutes from Allentown, PA. Previously, she has interned at WNEP-TV in Scranton, PA as the senior news intern and at the Keystone Initiative for Network Based Education and Research as a public relations intern. She has a passion for broadcasting and writing, and one day hopes to land a job at a marketing or PR firm. She is interested in breaking into the news or entertainment industries.

Cody is a Penn State senior majoring in broadcast journalism and a minor in kinesiology. He currently has interned within multiple athletic teams while at Penn State. He currently is the Head of Video Operation for the softball team. He has interned at the Warren Times Observer as a photographer and sports reporter. In 2011, he traveled to Indianapolis to cover the NFL Combine for BVZ Radio.

I am Penn State Alumnus with a bachelor’s degree in Journalism, broadcast emphasis. I am an entertainment enthusiast. I thrive off of fashion, music, celebrity, film, TV, books/comics, and sports. Popular culture is the at the core of my aspirations. I have the appreciation, skill, knowledge, and creativity required to produce interesting content on a digital media platform. I am educated, competitive, creative, ambitious, and very dedicated to all tasks that I take on. I am always cultured in politics, social media savvy, educated on national and international events, and ‘in the know’ of everything popular culture. 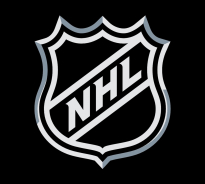