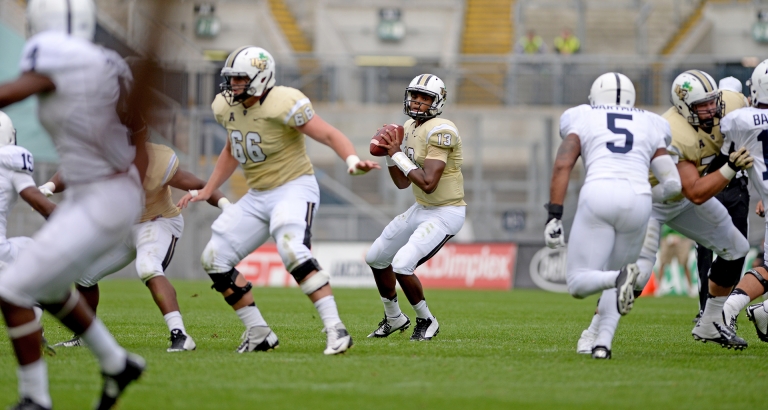 DUBLIN – The biggest question for Central Florida heading into its season opener against Penn State was how it was going to fill the shoes of star quarterback Blake Bortles. 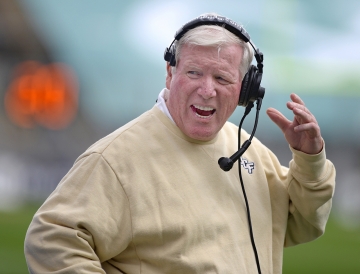 The Knights couldn’t get a win Saturday, falling 26-24 to the Nittany Lions in the Croke Park Classic, but they did find an answer to their question: sophomore Josh Holman.

Holman had to wait his turn last year as Bortles threw for 3,581 and 25 touchdowns as a redshirt junior. Bortles’s standout year set him up to be selected third overall in this year’s NFL draft by the Jacksonville Jaguars.

Coach George O’Leary named Holman his starter after spring practices, but after a lackluster preseason, O’Leary handed the offense to redshirt freshman Pete DiNovo. The first-year quarterback inherited a high-powered attack, which returned five of its top six receivers from 2013. 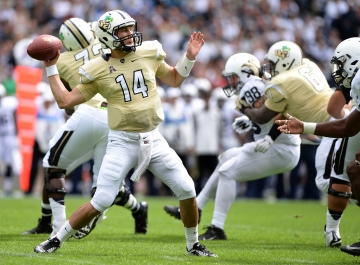 But DiNovo completed just 3 of 8 passes for a mere 18 yards against the Lions. With the Knights trailing by 10 after halftime, O’Leary turned to his backup.

Holman came in and completed nine passes for 204 yards and a touchdown. When he left the field for the last time, Holman had just given UCF a 24-23 lead on a 6-yard TD run.

“I thought Justin went in and did a really good job,” O’Leary said. “I thought he went in and he was really a spark for the offense going in and making plays. … I’m going to look at the tape and look at the problems. Most of the same plays were open in the first half.”

The sophomore provided an instant jolt, completing his first two passes for gains of 6 and 18 yards and following up with a 50-yard bomb on the move to Breshad Perriman to get his team into the red zone. Holman finished up the possession with a 1-yard dive for a touchdown.

“He was more of a running type of quarterback so we figured we had to pay attention more on the zone reads and options,” Penn State defensive end Deion Barnes said. “He did a good job. He brought them back, but our offense counteracted them.”

Try as they might, the Lions couldn’t slow Holman.

With the Knights trailing 23-17, Holman opened his final drive with back-to-back completions for a combined 28 yards.

After three straight incompletions, and the Knights facing a fourth-and-10, Holman stepped out of a timeout and sailed a deep ball down the sideline to Josh Reese for a 37-yard gain. Holman finished the job on the next play, bolting up the middle 6 yards for the lead.

“He throws quick he’s not afraid to zip the ball in there,” O’Leary said. “I thought he handed the game very well. I threw him in there. He managed the game and did what I was hoping he’d do the whole preseason.”

O’Leary emphasized that he’d have to look at postgame film before deciding on a full-time starter, but Holman’s performance inspired his teammates.

“I feel like he’s more confident this year,” left tackle Torrian Wilson said. “He stepped in the huddle, he took control … there was more authority, he brought everyone together and said ‘Let’s take this downfield.’”

(Jake Somerville (writer) and Kelsie Netzer (photos) are students in the John Curley Center for Sports Journalism at Penn State.)