HAVANA – Penn State lost 2-0 on Wednesday to the defending Cuban league champion, Ciego de Ávila, as its bats were again stifled by some of the best pitchers this country has to offer. 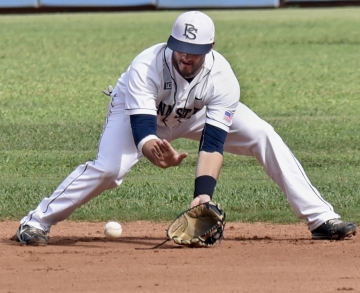 The game was the second of a four-game tour for Penn State in Cuba, a rare opportunity for a U.S. college team. The Nittany Lions lost 2-1 Monday to the nation’s most famous club, the Industriales,  but that squad was largely made up of subs and young prospects.

This time out, Penn State faced the starters on a team that is the defending league champion and currently holds the best record in Cuba at 30-12.

Much like Monday’s matchup against the Industriales, Penn State fell behind in the first inning before shutting down Ciego de Ávila’s bats for long stretches. Starter Sal Biasi effectively settled into a rhythm on the mound.

“I thought the first inning I was rushing a little bit, but I was able to get ahead in the count following that,” Biasi said.

Raul Gonzalez’s one-out double gave the Tigers an early scoring opportunity. He advanced to third on a Biasi wild pitch then crossed the plate on a RBI groundout from Jose Garcia. It proved to be the only run they would need. 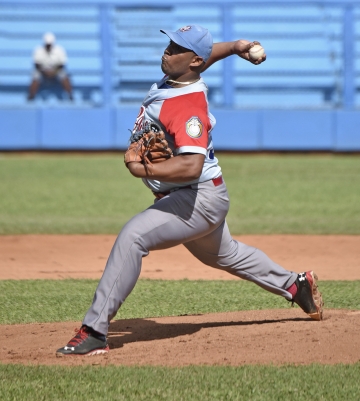 Frustration set in following the first inning for Ciego de Ávila, as Biasi went on to retire seven straight batters. Tiger players seemed upset with their performances, swinging early in the count and shaking their heads at the female home plate umpire when a call did not go their way.

The tour has served so far as an interesting snapshot of the relative abilities of players from a U.S. college baseball and Cuba’s top league. While Penn State – which started four freshman Wednesday – has been competitive, the Nittany Lions can’t seem to buy a run when it counts.

“Cuba is renovating its game,” said Evyan Guerra, a sports broadcaster for a Cuban television network. “We are trying to better prepare our players and increase the level of our game.”

Tigers pitcher Vladimir Garcia, who is the ace of the staff with a 1.94 ERA on the season, dominated through five frames of work. He finished with nine strikeouts, recording five in a row between the second and third innings.

The Nittany Lions best scoring opportunity came in the fourth inning. Penn State got a leadoff man on with a broken-bat infield single from Greg Guers. Two batters later, Tyler Kendall was hit in the arm on a Garcia fastball. 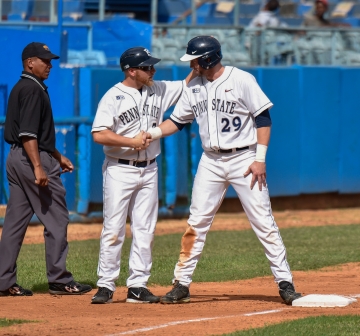 A two-out double steal by Guers and Kendall caught the Tigers by surprise, putting two runners in scoring position, but freshman Austin Riggins was unable to put the ball in play, whiffing on a 3-2 fastball.

Luis Robert, whose emotions were running high after two strikeouts to start the game, added an RBI double in the seventh to give the Tigers an insurance run.

In the eighth, a Bowersox single set up Penn State’s best power hitter with a chance to tie the game, but Guers’ drive to right got snagged on the warning track.

“Off the bat, I thought it was a tie ball game,” Guers said.

“It’s a great experience overall,” he added. “But it’s an even better baseball experience.”

(Andy Madore (text) and Kelsie Netzer (photos) are students in the John Curley Center for Sports Journalism at Penn State.)