The past weekend for college basketball was one of the most hectic weekends the sport has seen.

On Saturday, seven out of the top ten teams in the country all lost their games. Six of those teams were ranked in the top six and lost on the road.

The seedings were not too shaken up due to the craziness that the sport provided, but some have benefited and suffered due to recent results. Even a team that was the one seed fell and got replaced by another team lurking in the shadows. 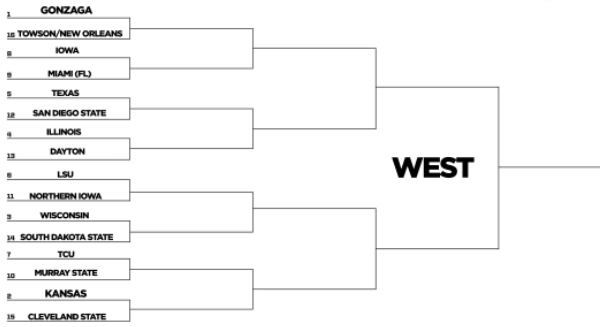 The Gonzaga Bulldogs are doing what some people expected them to do with all the talent they have: run the WCC. They have done exactly that, but not to perfection.

They fell victim to the craziness the Saturday of Feb. 26 brought, by losing their only conference game to the No. 22 St. Mary’s Gaels in Moraga, California. However, due to the recent results from others in the top ten and their strong resume, they stay put. 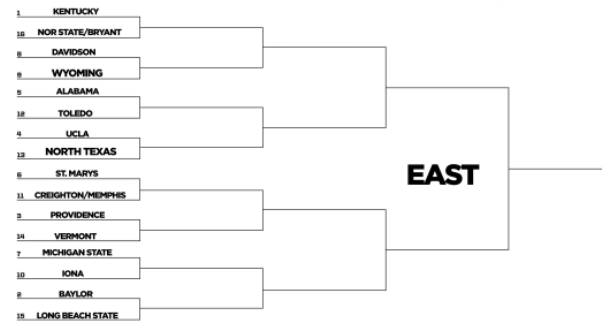 Over the past couple of games, Kentucky has dealt with significant injuries in their starting lineup, especially in the guard position.

The losses of Tyty Washington and Sahvir Wheeler not exactly being 100 percent for these late games are the Achilles’ Heel for coach John Calipari’s team.

The Wildcats did lose on the road against the No. 18 Arkansas Razorbacks, but the Hogs were a two-point favorite heading into the matchup.

The two-point loss at the end did help their case, so Kentucky lives another day as a one seed. 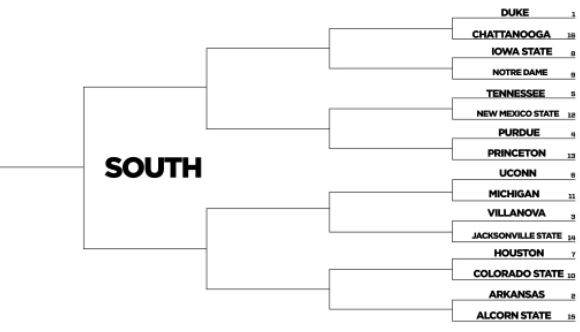 The Duke Blue Devils were silently waiting for one team to slip up too much to go in for the kill.

That infamous Saturday, where Duke was ranked No. 7 and saw all six teams ahead of them lose, opened the door for the Blue Devils to strike, and that they did.

In coach Mike Krzyzewski’s last dance with the blue blood, they find themselves rebounding with seven straight wins and a share of the ACC regular-season championship.

The one team left: the North Carolina Tar Heels fighting for their life at Cameron Indoor. Primetime final blow. 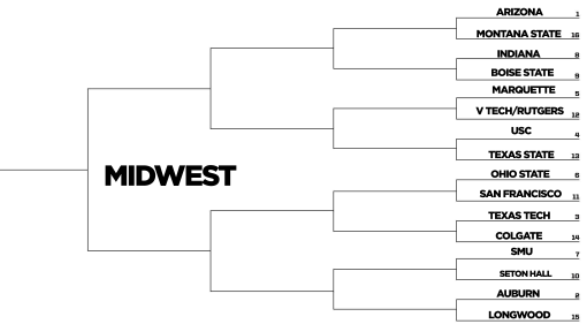 The “Mountain Roadtrip” ended 1-1 after pummeling the Utah Utes by 20 points in Salt Lake City and losing the next couple of days to the Colorado Buffaloes by 16 in Boulder. How they bounced back after Colorado made them stay put.

The team traveled to Los Angeles to take on the No. 16 USC Trojans, the No. 4 seed in this region and fought off those demons from that Saturday. Another 20-point victory for Tommy Lloyd and company with a two-game homestand left before the conference tournament.

Virginia Tech is another silent assassin in the ACC that is finding its stride late in the year. Three straight wins and an emotional last-second win against the Miami Hurricanes have made them jump right into the bubble conversation.

The Scarlet Knights rattled off huge Quad 1 wins by beating four ranked conference opponents in a row, but the team is starting to lose steam.

Soon after their winning streak, Rutgers has now lost three straight, dropping them to the Last Four In, but a game-winner at Assembly Hall against a Hoosiers team looking for a spot and a possible win at home against Penn State may give them the boost heading into the conference tournament.

Creighton was rolling for six games straight until losing to the top Big East team in the Providence Friars. Losing guard Ryan Nembhard is a huge blow to the team, but its recent success may have them sneak in.

Memphis is slowly climbing the American Athletic Conference, considering the Mustangs of SMU are struggling down the stretch. A win against No. 14 Houston Cougars will help cement its status in the Field of 68.