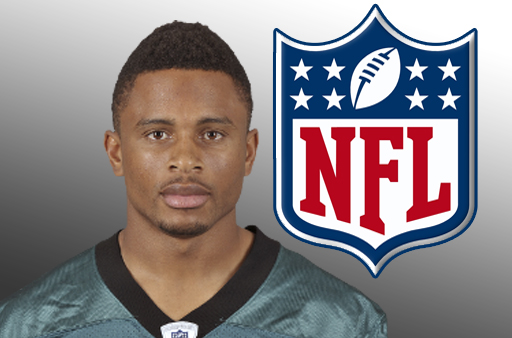 The move does not come as a surprise to many considering Asomugha’s lackluster play during his two seasons with Philadelphia. Asomugha was scheduled to make $15 million in 2013, $4 million of which are guaranteed. By releasing him, the Eagles save $11 million.

The Eagles now only have three cornerbacks on their roster – Brandon Boykin, Brandon Hughes and Curtis Marsh. Dominique Rodgers-Cromartie, who was acquired from Arizona back in 2011 in exchange for Kevin Kolb, is a free agent. The Eagles opted not to place the franchise tag on the 26-year-old back in February.

The cornerback position in Philadelphia has been a revolving door ever since the days of Sheldon Brown and Lito Sheppard. The release of Asomugha, coupled with the possibility of the Eagles deciding not to re-sign Rodgers-Cromartie, could prompt Philadelphia to target Alabama cornerback Dee Milliner in the April draft.

Asomugha is just another name in a long list of free agent cornerbacks this offseason. With the likes of Antoine Cason (Chargers), Chris Gamble (Panthers), Brent Grimes (Falcons), DeAngelo Hall (Redskins), Sean Smith (Dolphins) and Rodgers-Cromartie, the market is saturated with players for the Eagles to target.

With the Eagles needing both cornerback and offensive line help, the type of moves they make in free agency could affect exactly who the Eagles target with their first pick.

You can follow The ComRadio NFL Draft Show on Twitter at @NFLDraftShow for complete coverage of the 2013 NFL Free Agency period.

Troy Weller is a senior majoring in Broadcast Journalism and an NFL Draft Show Producer. To contact him, email tnw5044@psu.edu.