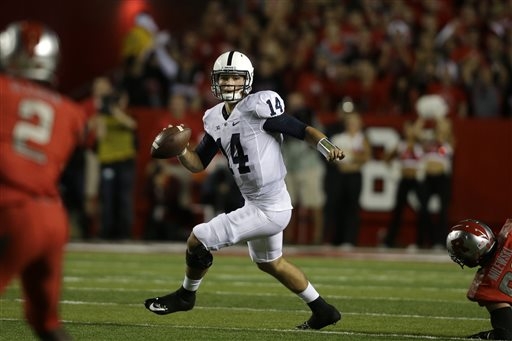 Sophomore phenom Christian Hackenberg was anything but dazzling Saturday night in Penn State’s win over Rutgers. For the second consecutive week, Hackenberg had trouble finding a rhythm for a majority of the game. He continued to throw behind his receivers completing only 57% of his passes. Hackenberg picked up another interception while failing to throw a touchdown for the first time this season.

On a positive note, with 309 passing yards, Hackenberg broke Matt McGloin’s Penn State record for career 300-plus yard passing games with seven. Although there were not too many positive aspects about Hackenberg’s game, he proceeded to lead the Nittany Lions to their third consecutive win by driving the team down the field to take the lead on a Bill Belton touchdown run. Despite a rough showing, Hackenberg still proved that he could get the job done when the game is on the line.

The struggles of Penn State’s running game continued Saturday night as the team combined for an abysmal 64 rushing yards on 33 total carries. The weak play of the offensive line did not help the cause as the Lions averaged 1.9 yards per carry. The Rutgers defensive front shut down the Nittany Lions’ run game almost entirely. The one bright spot for Penn State’s backfield was Bill Belton’s rushing touchdown on PSU’s final drive of the game. James Franklin is going to need to find some way to put together a competent running game. 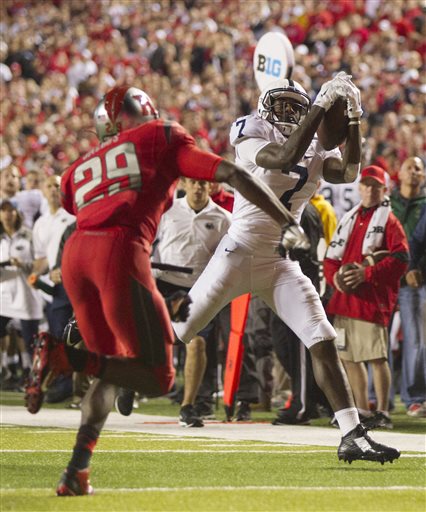 While the running game was basically non-existent, Penn State’s offense took to the air quite a lot in Week 3. Once again, Christian Hackenberg relied heavily on his favorite target in Geno Lewis. Lewis caught six passes for 109 yards. DaeSean Hamilton added to his impressive season with eight catches for 103 yards. The wide receiver duo has done a nice job in replacing the production of star receiver Allen Robinson. Bill Belton also contributed to the receiving department catching four passes for 52 yards. The Scarlet Knights held Penn State’s highly touted tight end group in check with four catches for a mere 23 yards. Although the tight ends were shut down, the receiving game was one of the few bright spots for Penn State all evening.

The young Penn State offensive line proved to be the weak link once again against Rutgers. They failed to open holes for the running game and did not give Hackenberg very much time to throw the ball. Going forward, the offensive line needs to drastically improve in order to revamp the Nittany Lion offense.

In dealing with the crafty Gary Nova, the defensive line stepped up big time. The pressure was apparent, especially in the second half as the line held Nova and Rutgers to only three first downs. Gary Nova was clearly fazed by the pressure as he rushed many of his throws and ended up throwing five interceptions. Anthony Zettel continues to show star ability since being moved to the defensive tackle position.

With the best grade of week 3, Penn State’s secondary was all over the field Saturday. The secondary prevented the Knights from breaking off any big plays while accounting for five interceptions. The linebackers also stepped up in key spots keeping the pressure on Gary Nova. Although the Knights did find some success both on the ground and in the air during the first half, the linebackers shut them down in the second half.

Sam Ficken missed his first field goal of the season after the outstretched arm of Kemoko Turay blocked his first quarter attempt. Rutgers also blocked one of Chris Gulla’s punts. There were no big plays from the Nittany Lion return game, although their coverage did not allow anything big on the other side of the ball.

Mike D’Avella is a freshman majoring in broadcast journalism. To contact him, email mfd156@psu.edu.