Curtis Markel is an athlete through and through. He excelled as a collegiate wrestler at West Point Academy where he enjoyed lifting, running and training. That was until his accident in 2003.

After falling out of a tree during a party Markel suffered a spine injury leaving him paralyzed from the waist down. For a long time Markel believed his "life was over". But with the help of Teri Jordan and a few friends who introduced him to wheelchair basketball he found inspiration to live. 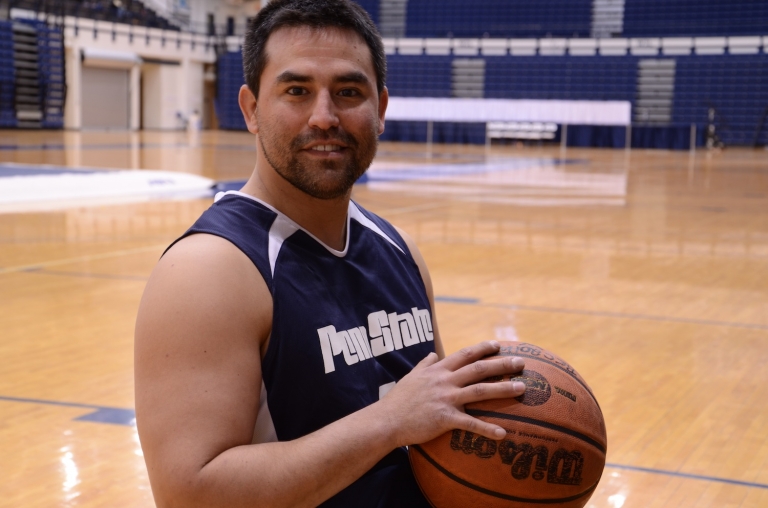 Teri Jordan, the Disability Recreation Programs Coordinator at Penn State, is the founder of the Wheelchair Basketball Experience. Jordan created the program for students, disabled and able-bodied, to compete and to see the game from a different perspective.

Markel has become a regular at the Wednesday evening pick-up games. Accepting his injury and recovering from his depression was a long hard road but now, 10 years later, Markel is back on the court and back in the game.

Deja is a senior, Majoring in Broadcast Journalism with a Communication Arts and Sciences minor. She will graduate in December 2013, one semester early. Deja hopes to obtain a job at the BigTen Network as an on-air analyst or producing college volleyball. Immediately after graduation she will be pursuing a career in professional volleyball in Puerto Rico.