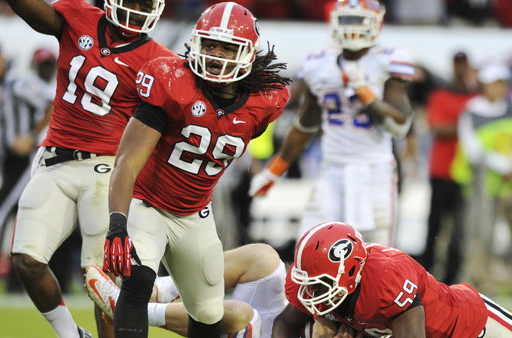 A recent medical report giving Georgia linebacker Jarvis Jones a clean bill of health has likely solidified his place as a first-round pick in the 2013 NFL Draft.

After suffering an injury to his spine while playing for Southern California in 2009, Jones was diagnosed with spinal stenosis, a narrowing of the spinal column causing pressure to be exerted on the spinal cord. Over time, the condition causes numbness and weakness in the legs and arms. It was considered a major red flag for teams interested in the linebacker.

However, a new evaluation by leading orthopedist Craig Brigham refutes the original diagnosis. He believes that Jones suffered either a mild spinal cord contusion or a stinger, both injuries that players fully recover from, unlike the stenosis. Brigham suggests that Jones has no risk of his spinal condition worsening by playing.

In his report, which was sent to all 32 NFL teams, Brigham said that the linebacker is fully cleared to play without any restrictions.

Jones transferred to Georgia from USC in 2010 after the Trojans’ medical staff would not clear him to play. After redshirting that transfer season, Jones flourished for the Bulldogs, becoming one of the top linebackers in the SEC. 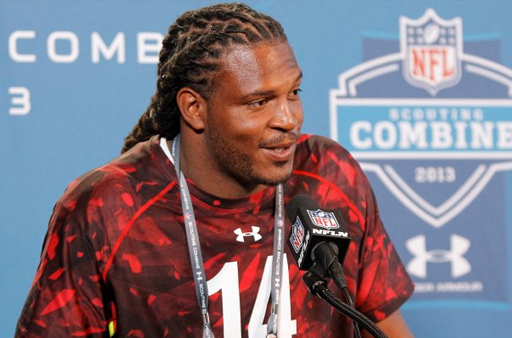 Jones decided to forego drills at this year’s combine, electing instead to visit with doctors during his time in Indianapolis to prove to teams that he was healthy. He will work out during Georgia’s Pro Day on March 21.

There are still some negatives surrounding Jones. While the speculation around his medical situation may have cleared up a bit, there are still questions surrounding Jones’ work ethic. Jones is not known as player who puts in a lot of work, but rather someone who would rely on natural physical ability. Scouts who have covered Georgia football label him as someone who isn’t a tireless worker.

At points during the 2012 college football season, multiple scouting personnel predicted Jones to be a top-three selection in the draft. The ComRadio NFL Draft Show ranks Jones as the top outside linebacker in the draft and the eighth best overall player available.

Troy Weller is a senior majoring in journalism and an NFL Draft Show Producer. To contact him, email tnw5044@psu.edu.