NFL Game of the Week: Falcons vs. Saints

As the NFL regular season comes to a close, a matchup in the NFC South headlines Week 16’s slate of games as the Atlanta Falcons face the New Orleans Saints.

Atlanta and New Orleans are fighting for the division crown, while the other will look for a Wild Card berth. The Saints and Panthers are tied for the division lead with the Falcons only trailing by one game.

Atlanta is coming off a close win over Tampa Bay on Monday night. The Falcons squeaked out the 24-21 win to keep their hopes alive for the division crown at a record of 9-5.

Matt Ryan was good in this game as he threw for 212 yards and one touchdown. But, the star of the game was running back Devonta Freeman. Freeman ran for 126 yards and a touchdown while adding 68 yards through the air.

New Orleans is entering Week 16 with a record of 10-4 after beating the Jets last week 31-19. The Saints can clinch a playoff berth this week with a win over Atlanta and can win the NFC South if they beat the Falcons and the Panthers lose to Tampa Bay.

Drew Brees was fantastic against New York as he threw for 281 yards and two touchdowns, while the combination of Mark Ingram and Alvin Kamara was dynamic again. The two combined for three touchdowns in Sunday’s win.

This game has a lot of on the line as the Falcons and Saints will look to improve their playoff chances as the postseason starts in two weeks.

The Atlanta offense is led by the 2016 MVP, Matt Ryan. Ryan has had an up-and-down year this season after having a historic one last year. He ranks 10th in the league in passing yards but is all the way back at 18th in touchdowns with only 18 in 14 games.

Ryan has plenty of weapons to use which leads to the confusion over his average season. Wideout Julio Jones is one of the top receivers in the league and has shown that again this year as he ranks third in the league in receiving, but has only three touchdowns.

Running backs Devonta Freeman and Tevin Coleman have been a dynamic duo again this season as they have combined for 14 total touchdowns and nearly 1,400 rushing yards.

The New Orleans’ defense has made major strides this season from last year where they were one of the worst defenses in the NFL. The Saints now rank 11th in total defense which is a major improvement.

The best player on the Saints’ defense is defensive end Cameron Jordan. Jordan has been a superstar for this defense for several years and is now gaining more national attention. He leads the team in sacks with 10 and that is good enough for tenth in the NFL.

New Orleans’ secondary is led by rookie cornerback Marshon Lattimore. Lattimore, first rounder out of Ohio State, has been outstanding for the Saints and has been a huge boost to a secondary that struggled last season. His matchup versus Julio Jones should be fantastic to watch during this game.

Future Hall of Fame quarterback Drew Brees, even at age 38, still drives this Saints’ offense. Brees is fourth in the league in passing with 3.850 yards and has added 21 touchdowns. While the running back duo garners a lot of the attention, if the Saints win Drew Brees usually has a major say in why they win or lose.

The running back duo of Mark Ingram and Alvin Kamara has been fantastic this season. Both backs were voted to the Pro Bowl earlier this week. Ingram ranks sixth in the league in rushing and has added 11 touchdowns.

Alvin Kamara is one of leading candidates for offensive rookie of the year as he has been a major surprise for coach Sean Payton and the Saints. Kamara has totaled over 1,200 yards from scrimmage this season. The rookie out of Tennessee has been a huge difference-maker for this offense.

The Atlanta defense has been solid this season as they rank ninth in the league in total yards allowed. Atlanta has been strong against both the pass and the rush this season so it should be interesting to watch how they defend against Brees and that potent Saints attack.

Atlanta’s defense is led by two superb players in Deion Jones and Keanu Neal. Both Jones and Neal have totaled over 100 tackles this season and have been playmakers for the Falcons’ secondary this season.

Adrian Clayborn leads the team with 9.5 sacks and has been the lead dog for the Falcons’ pass rush this season. Defensive ends Vic Beasley Jr. and Takkarist McKinley also add speed off the edge for Atlanta as they will look to get after Brees on Sunday.

This game has major playoff implications for the NFC. Both teams have hopes of winning the division and making deep playoff runs. ESPN’s Matchup Predictor gives New Orleans a 69.6% chance of winning on Sunday and I believe that to be accurate. With this game being in New Orleans and the combination of Ingram and Kamara will be too much for the Falcons to handle.

Camden Tofil is a freshman majoring in advertising. To contact him, email camdentofil@gmail.com.

Camden Tofil is a senior from Sykesville, Maryland majoring in advertising. Camden is a host of the talk show Sunset Sports every Wednesday from 4:15-5:15 p.m. Camden aspires to be a part of an advertising department for a sports franchise or a beat writer for a sports network. You can reach him at .(JavaScript must be enabled to view this email address).

Penn State Players in the NFL 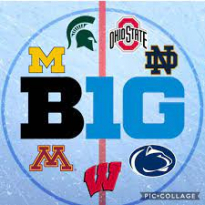 Around the Big Ten Hockey: December 2