Nittany Lion true freshman Morgan McIntosh, ranked No. 12 at 197, had a battle on his hands last weekend as he squared off against No. 20 Andrew Campolattano of Ohio State.

McIntosh won the match 5-4 as Penn State flattened the fifth-ranked Buckeyes, 34-9, in a Big Ten dual meet before 7,000 fans at sold-out Rec Hall. 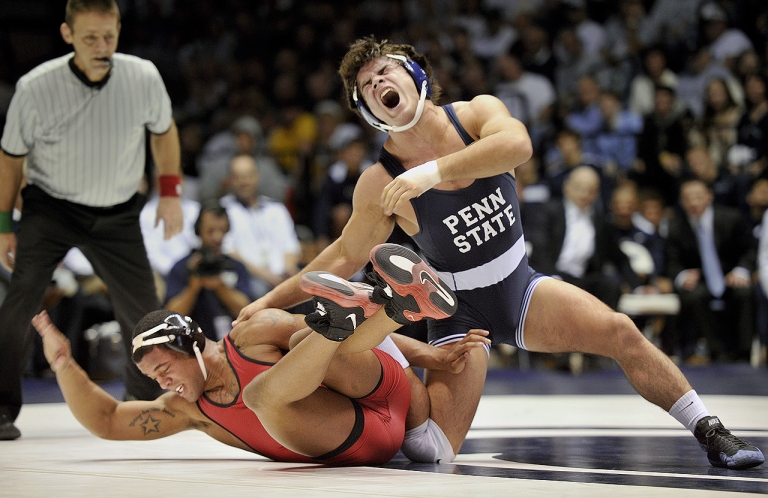 Penn State freshman Morgan McIntosh yells in pain as his leg is twisted during a bout against Ohio State's Andrew Campolattano. / Photo by Kelley King