Penn State cyclist makes the most of his opportunities


When most people think of football, they associate it with the U.S. When you think of cricket, India comes to mind. When you ask someone where the top cycling in the world takes place, you will definitely hear them say Belgium. This is where a kid from the suburbs of Philadelphia would find himself for one unforgettable summer.

Wyatt Stoup, a senior at Penn State University, started his journey a little sketchy. After he got off his plane in Belgium, he had to hustle from train to train lugging around a heavy box holding his bike, in addition to all his other luggage. He managed to find his way to the town of Ghent in northern Belgium, where he was in for the opportunity of a lifetime: the chance to ride for a professional cycling team in Belgium for the summer of 2011.

“As a cyclist, Belgium is the place to be. To them the sport is their NFL,” Stoup says.

Stoup got the chance to train and race over in Belgium after a friend of his moved there to race and offered him the chance to join the same team. Living in the northern part of Belgium, Stoup was encountered a complete culture shock, one that tested him physically as well as mentally.

Racing four to five times a week was something he wasn’t quite used to in the States. Not only that, racing on cobblestone constantly was another thing he didn’t realize would complicate things.

But the physical wear and tear was something Stoup was able to handle and overcome throughout his stay. What really got to him was the mental toll biking there would have on him.

Stoup started to realize that many of the riders in Belgium were taking EPOs and blood doping. The culture in that country accepts that most riders are cheating, and that bothered Stoup. 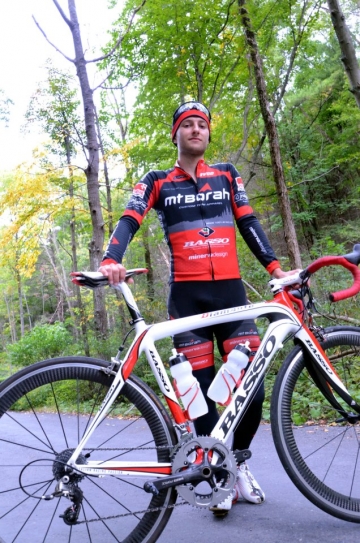 “You know what teams are doing these things, but majority of riders were, so there wasn’t much that I could do about it.”

For Stoup though, this started to have an effect on his confidence.

“I’m training properly and doing things the right way. So it’s frustrating knowing that I could have placed better in races, and had a chance to win more if the racing there was a level playing field.”

Ultimately, Stoup came home a few weeks early after he was mentally burned out from the culture of cheating overseas. There were plenty of bright parts he takes away from the experience though, on and off his bike.

“It was a cool feeling when I would go out to local bars and people would come up and recognize me from the race earlier that day.”

Belgian citizens kept track of his racing, and when he was in their town they would treat him like a celebrity, and let him know that they had been following his riding.

Off the bike, too, Stoup enjoyed being able to experience firsthand the European culture.

“It was my first time being in Europe. It was awesome trying new food, and being out with locals at the town pubs.”

And he even was able to enjoy the high quality beer that Belgium is so notorious for.

Although there were challenges that he didn’t even realize he would face, Stoup will always look back on his time in Belgium as a rewarding experience that opened his eyes to a new culture and made him into the cyclist he has become today.

How Stoup Got on His First Team

Stoup discusses how he got his first opportunity to race for a small local team in his hometown of West Chester, PA.

Growing up in West Chester, PA, a suburb of Philadelphia, Kurt quickly developed a passion for all aspects of sports. Starting in high school he gained an appreciation and interest in filming, editing, covering, and talking about all sports. This has carried over to his college career where he has studied Broadcast Journalism at the Pennsylvania State University. To go along with that, he is in the John Curley Center for Sports Journalism here at Penn State. This has added a great compliment to his major, since he one day hopes to work in the sports field, specifically covering the Olympic Games or soccer. To go along with his experience with the broadcast journalism field, Kurt also had a marketing/PR internship with Comcast-Spectacor at the Wells Fargo Center in Philadelphia, PA. This has giving him insight to the sports and entertainment world from a business aspect.