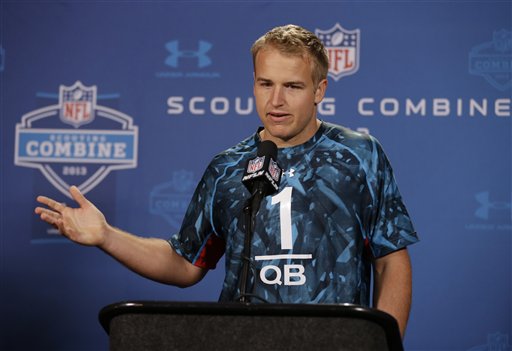 When he signed with USC, Barkley was the number one QB in the country

National Signing Day happened for college programs a couple weeks ago and the NFL Draft is only two months away. Thus, many top tier players who graduated from high school four years ago are now looking at NFL futures. Four players in particular have interesting stories as we head into the offseason, two of whom are already in the NFL.

The prize of the 2009 recruiting class was Wichita native Bryce Brown. The running back originally committed to the University of Miami to play with his brother, linebacker Arthur Brown. But recruiting violations led to him decommitting and signing with Tennessee. He quickly transferred from Tennessee to Kansas State, but he never ended up playing much with the Wildcats due to recruiting issues connecting him to Miami booster Nevin Shapiro. He left the Kansas State program early in what would have been his junior season and declared for the NFL Draft. The Philadelphia Eagles took Brown, possibly the biggest bust in the 2009 high school class, in the seventh round. Brown became LeSean McCoy’s backup running back and surprised many with his solid play after McCoy’s injury. Despite issues with fumbling, Brown seems to have revitalized his career in the NFL.

Following in the footsteps of several college-caliber quarterbacks who graduated from Mater Dei High School in Santa Ana, Matt Barkley was the best quarterback in the 2009 recruiting class. Barkley entered his college career under NCAA sanction but played well, improving in his sophomore and junior seasons. Had Barkley entered the 2012 NFL Draft after this junior season, he likely would have been a top ten pick. But Barkley started the 2012 season playing poorly and ended up being knocked out with an injury, significantly hurting his draft stock.

The Pensacola native came out of high school already a bruising runner with a reputation for lifting massive amounts of weight. His abilities were put on display in the National Championship Game against Texas, as Richardson ran for over 100 yards and two touchdowns in the Crimson Tide victory. In 2011, after winning a second title, he finished third in the voting for the Heisman Trophy. He declared for the NFL Draft in 2012 and went to Cleveland as the third overall pick. Richardson had a solid rookie season, running for 950 yards and 11 touchdowns against defenses that were focusing on the Browns’ running game. 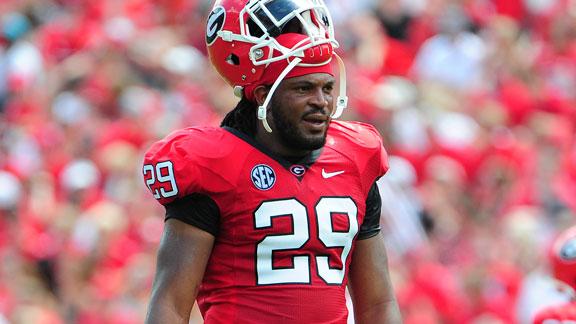 Jones may have been the most surprising star from the 2009 class. Jones originally attended Southern California but suffered a neck injury in his freshman year and transferred to Georgia to be closer to home. After sitting out the 2010 season to complete his recovery, Jones spend two seasons displaying his incredible pass rushing abilities. In two seasons with the Bulldogs, Jones recorded 28 sacks and 53.5 tackles for a loss while receiving consensus All-American recognition in both seasons. Jones is likely going to be a top ten pick in the NFL Draft if he proves to be healthy.

Ryan Stevens is a freshman majoring in journalism and a contributor to the NFL Draft Show. To contact him, email rvs5276@psu.edu.