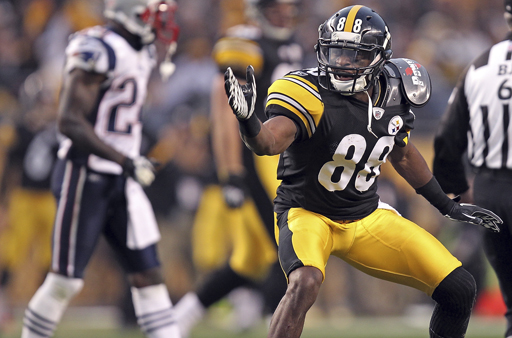 The Pittsburgh Steelers made the decision to retain wide receiver Emmanuel Sanders on Sunday afternoon. The Steelers had until midnight Sunday to match the one-year, $2.5 million offer sheet Sanders received from the New England Patriots. If Pittsburgh had elected to pass on matching the offer sheet, they would have received a third-round draft pick as compensation for letting Sanders go.

The Steelers already lost top receiver Mike Wallace to free agency when Wallace signed with the Miami Dolphins in March. Quarterback Ben Roethlisberger made it clear to the organization that he wanted them to keep Sanders.

Though Sanders remains eligible to become an unrestricted free agent after the 2013 season, his presence on the field this season will give Roethlisberger a consistent target. Sanders played in all 16 games in 2012, and while he is smaller than someone like Wallace, he makes up for it with quickness and speed.

Sanders was targeted 74 times last season, catching 44 passes for 626 yards, all career highs. It was only because of salary-cap restrictions that Pittsburgh offered just an original-round tender to Sanders. By keeping Sanders, the Steelers will look to further transition him to a deep-ball role in the offense previously held by Wallace. 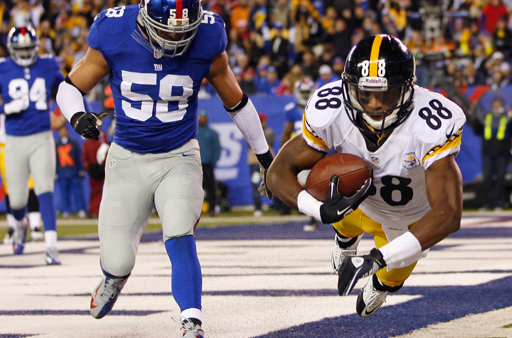 Pittsburgh has plenty of holes to fill heading into the NFL Draft, needing a running back as well as pass rushing and secondary talent. Retaining Sanders keeps some steadiness at an offensive skill position. The wide receiving corps in Pittsburgh also include Antonio Brown, Jerricho Cotchery, Plaxico Burress and David Gilreath.

Still, if the best player available is a wide receiver, do not be surprised to see Pittsburgh add more talent to the position. Someone like Tennessee wide receiver Cordarelle Patterson could be a fit at the 17th overall pick if he is available.

If not, expect the Steelers to look towards the defensive side of the ball. Florida State defensive end Bjoern Werner has been linked to Pittsburgh and Dick LeBeau's defense frequently in the lead up to the draft.

Keeping Sanders has given the Steelers the flexibility to look at talent just as much as position-of-need, something any NFL team would want in that situation.

Tyler Feldman is a freshman majoring in broadcast journalism and business management. To contact him, email tfeldman5@gmail.com.