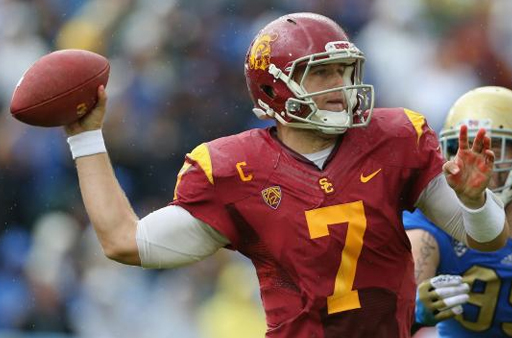 This year, there isn’t really a top tier talented signal caller in the draft. West Virginia's Geno Smith has gotten a lot of hype but there are concerns about him moving forward as well. Southern California's Matt Barkley, Oklahoma's Landry Jones and Tyler Wilson of Arkansas were all highly revered prospects before their senior seasons but saw their draft stocks drop during the 2012 season.

Even with the lack of clear franchise changing players, this year’s quarterback prospects have the chance to make an impact if put in the right situation. Here are the top eight quarterback prospects in this draft according to ComRadio college football analyst Patrick Woo, along with my take on where each player would fit the best.

Barkley is the most NFL ready quarterback prospect. He is an extremely intelligent football player and a perfectionist. He doesn’t have great arm strength but is very accurate. The best place for Barley is in Arizona. New head coach Bruce Arians said in an interview with WFAN Pittsburgh during last season that if he took a head coaching job he wanted a franchise QB. If you look at the Arizona roster you won’t find a franchise guy in the bunch. Barkley can be that guy for Arians and the Cardinals.

Glennon is the reason why Russell Wilson, ComRadio’s top rated QB of the 2012 class, had to transfer from NC State to Wisconsin for his senior season. Glennon has a big arm and displayed that in college. His short and intermediate accuracy needs help. He will need to go to a place with a good QB coach and possibly sit a year. However, players like Glennon have succeeded early before (see Baltimore Ravens quarterback Joe Flacco), so a team with a solid running game and good defense would be ideal. Cleveland has the building blocks to be that team. Management isn’t sure if current starter Brandon Weeden, the team's 22nd overall pick last year, is the answer but if Glennon falls a little bit Cleveland will get a steal. Very little pressure would be on Glennon, which would be great for his development. 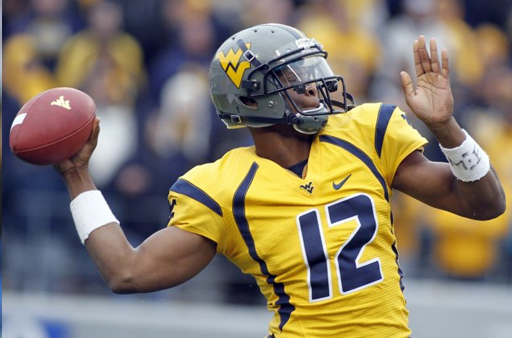 Jacksonville's new management group is in a tough spot. Quarterback Blaine Gabbert does not appear to be the answer and has the look of a wasted draft pick. The roster is porous enough that the team should probably be looking for the best available player as opposed to another quarterback, but if the quarterback ends up being solid, it will never hurt a franchise. Geno Smith may be the guy Jacksonville could build around. Smith is a natural athlete and uses his physical gifts to avoid pressure in the pocket and make plays downfield. He also has shown the ability to lead receivers to open space, a key for the NFL. His development would be made or broken by Jedd Fisch, the new Jaguars offensive coordinator.

Tyler Wilson would have been a top prospect had he come out in 2012. He flourished in Bobby Petrino's offense in 2011 and put up big numbers. But with Petrino resigning, Wilson suffered in a transitional period for the program and had a disappointing senior campaign marred by injury issues. Wilson has the physical tools to be a good NFL quarterback, however. He threw a career high 13 interceptions in 2012 but was still able to complete 62 percent of his passes. He could beat out quarterback Tim Tebow for a backup spot upon arrival and challenge Mark Sanchez for the starting job. The Jets have other holes, but Wilson could be the leader this dysfunctional team needs.

The best quarterback to come out of Syracuse since former Eagles quarterback Donovan McNabb, Nassib had a great senior season for the Orange. He does, however, have some holes in his game. His lack of a big arm has scouts concerned about his ability to throw the deep ball. Since hiring former Syracuse head coach Doug Marrone as their own, the Bills have been linked to Marrone's quarterback. His skill set does not warrant a first round selection, but if he is around in the second round, Buffalo may be the destination for Nassib. 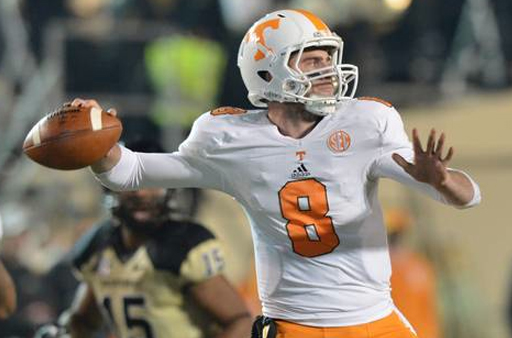 It is no mystery why Tyler Bray put up big numbers last season. His 34 touchdown passes show his great ability to throw the ball all over the field. But Bray had very good receivers to throw to, and he does not project as being an immediate starter in the NFL. New Orleans may be a great destination for Bray for this reason. With Drew Brees solidly in place but aging and Chase Daniel hitting free agency, the backup spot is open for the Saints. Bray could learn a lot learning from Brees and could fill the hole behind the starter that the Saints currently have.

Manuel was never spectacular at Florida State, but he has really improved his draft stock since playing in the Senior Bowl and working out at the NFL Combine. Philadelphia seems like an obvious fit for Manuel. New head coach Chip Kelly's ideal offense seems to be one involving a strong arm and the ability to run, and Manuel checks both of those boxes. He completed 68 percent of his passes and has speed to go with it. The Eagles have plenty of quarterbacks already, but Manuel is a good scheme fit in Philadelphia. Competition for quarterbacks Michael Vick, Nick Foles and Dennis Dixon could be exactly what Kelly needs.

As an Oklahoma quarterback, Jones carries a bit of a stigma. He puts up great numbers but has never played big in the team's big games. Jones was a solid quarterback nonetheless, and through leading an efficient offense, he boasts a high CDSR ranking. Jones would be a great fit in Pittsburgh, where the Steelers desperately need a backup quarterback. Ben Roethlisberger has dealt with injury issues for years and is approaching the age where fans are wondering how long he can keep it up. If Jones slides a bit, Pittsburgh would be smart to snatch him up and get a higher quality backup quarterback and potential quarterback of the future.

Bryan McSorley is junior majoring in broadcast journalism. To contact him email, mcsorleybm@gmail.com.