A half hour candlelight vigil in front of Old Main on the University Park campus of Penn State University featured music and speeches in honor of Joe Paterno. The event was organized through Facebook and Twitter. 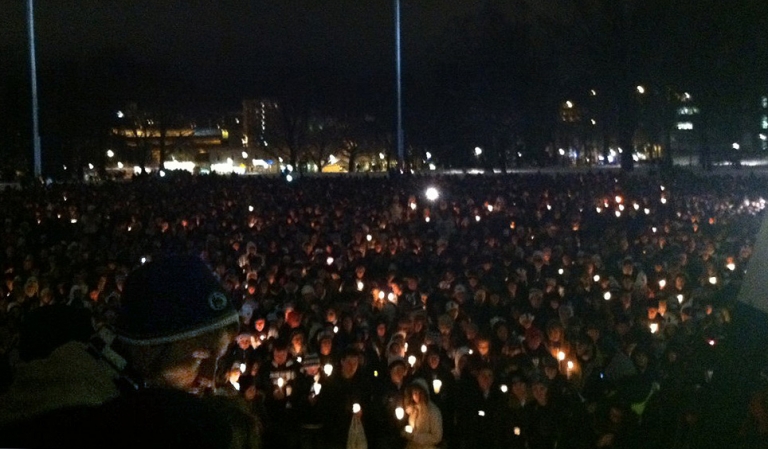 Thousands of students gathered this evening in memory of Joe Paterno for a half hour vigil that featured several athletes, including quarterbacks Matt McGloin and Shane McGregor, sharing their memories of the legendary coach. Students finished the vigil with a walk to the Paterno statue next to Beaver Stadium. / Photo by Jill Knight

Joe Paterno Passes Away at the Age of 85