The Nittany Lions had a strong showing at the Penn State National Invitational track and field meet with eight individual winners. The competition took place at the Ashenfelter III indoor arena on Saturday, Jan. 28, 2012.

Penn State athletes and officials wore patches during the meet with the initials JVP in memory of football coach Joseph Vincent Paterno. 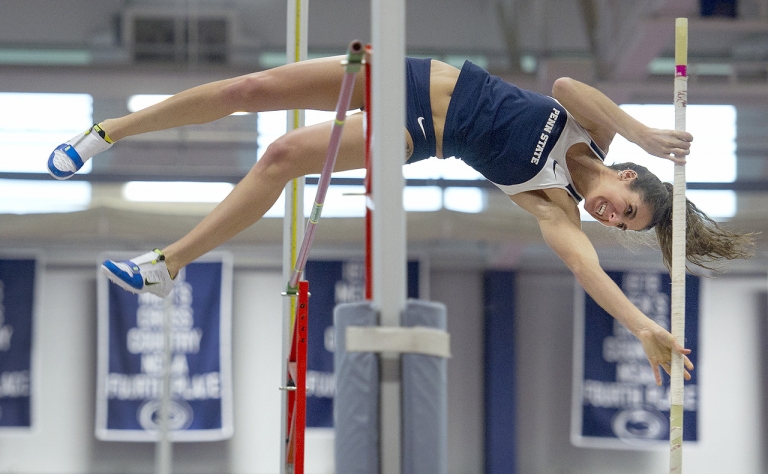 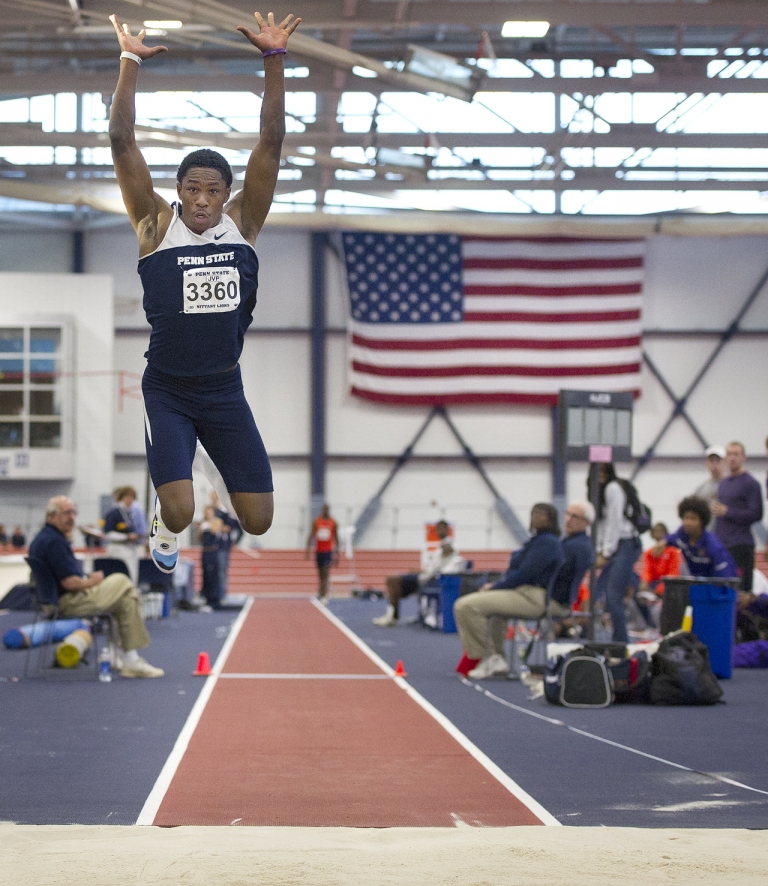 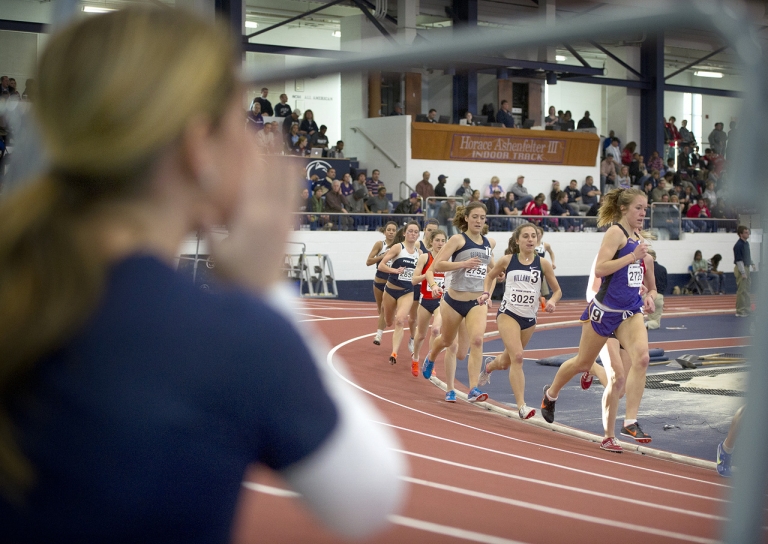 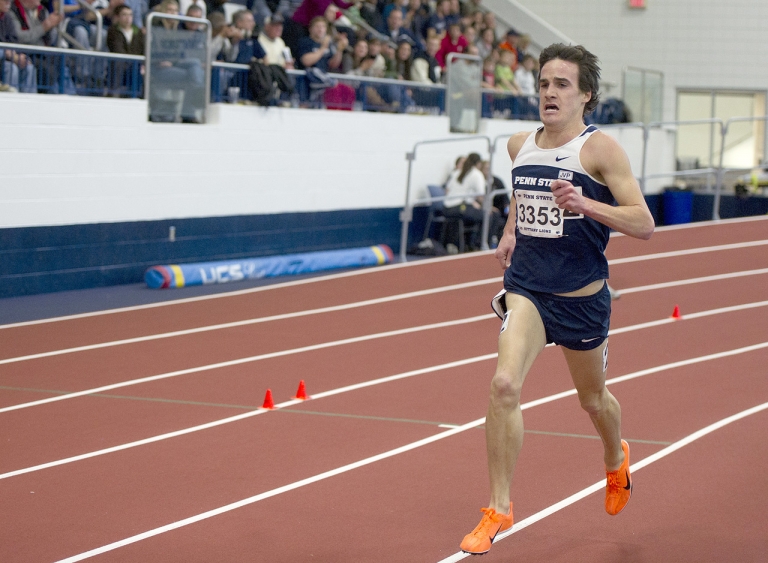 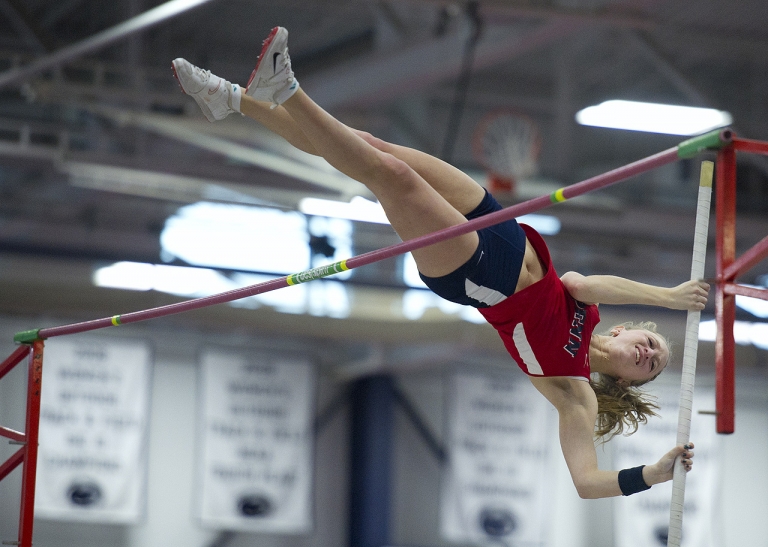 University of Pennsylvania's Davielle Brown competes in the women's pole vault. She finished in 11th place. / Photo by Kelley King 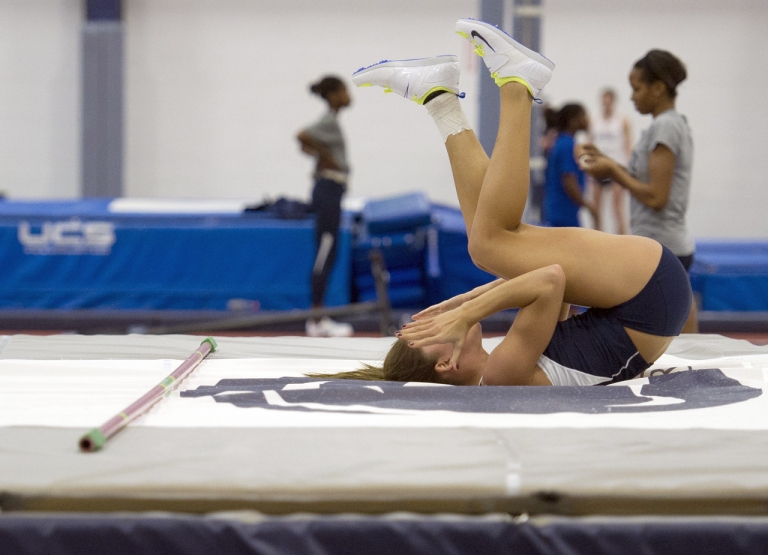 Penn State's Lindsay Bacik gets frustrated after knocking off the cross bar in the women's pole vault. She finished in 14th place. / Photo by Kelley King 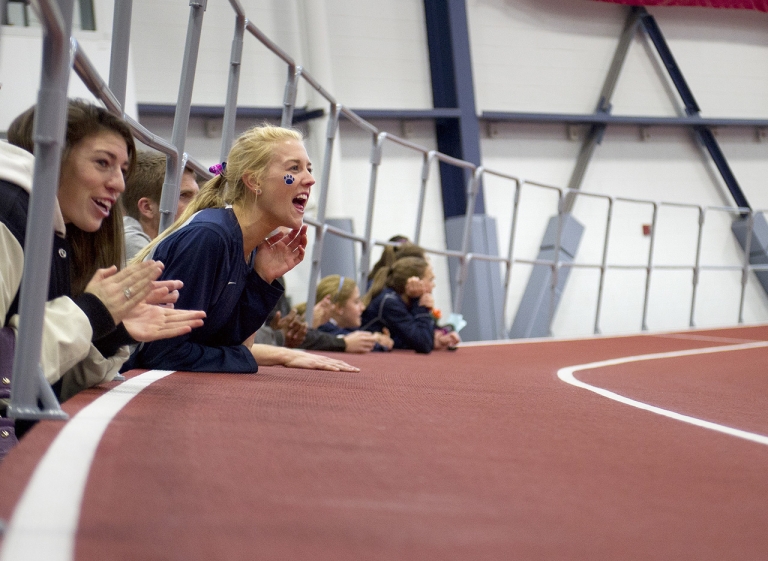 Members of the Penn State women's track and field team cheer on their teammates. / Photo by Kelley King 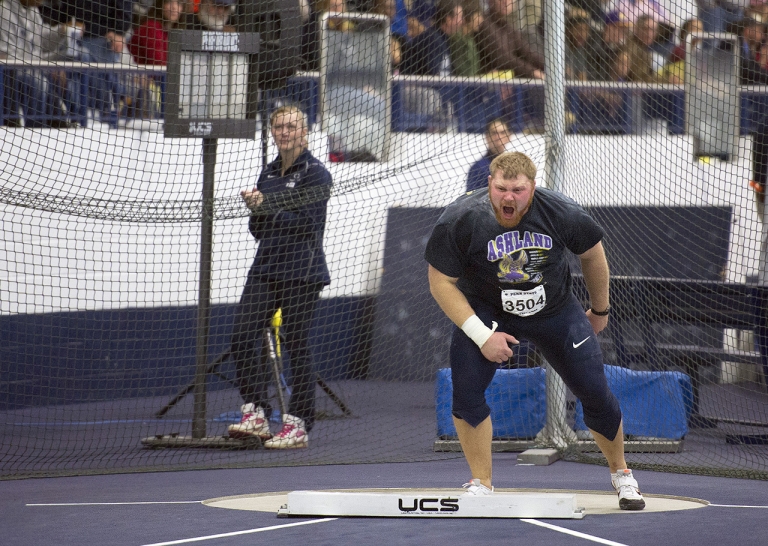 The Future of Penn State Basketball