RIO DE JANEIRO (AP) -- Photojournalists Cameron Hart and Antonella Crescimbeni of Penn State University made long sequences of still photos and used natural sound to recreate the experience of football five-a-side, a form of soccer unique to the Paralympics in which all of the players complete blindfolded, except for the goalies.

Football official Mariano Travaglino says the key to understanding the game is that players are athletes, first, and blind, second.

(This story was originally published by The Associated Press as part of Summer Games 2016 coverage.) 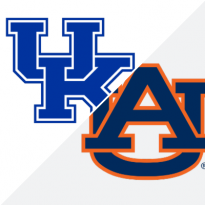