With the anniversaries of culturally important albums sprouting up each and every year, the CommRadio Arts & Entertainment Department will be diving into albums from select years and breaking down their impact. Here are the albums from 1984. 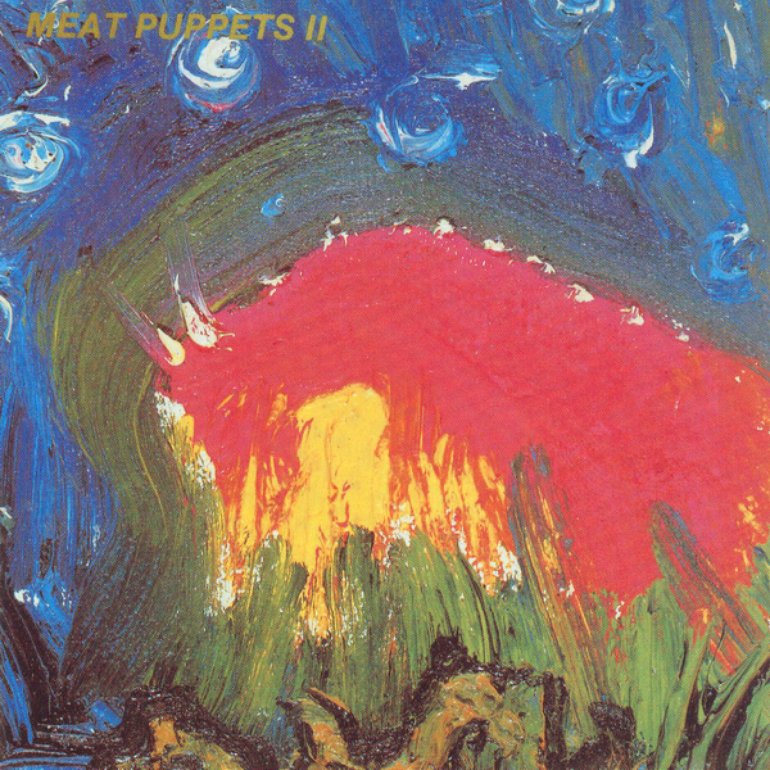 A trailblazing album that sounds equal parts beautiful and grotesque, “Meat Puppets II” is a pioneer in experimental indie and noise rock, as well as what would become known as grunge.

With brothers Curt and Cris Kirkwood splitting vocals along with their guitar and bass duties, this record alternates poetic country stylings with psychedelic instrumentals. Featuring its idiosyncratic sound and Curt’s unconventional vocal style, “Meat Puppets II” is an acquired taste that challenges the listener on each successive track.

Though this album was an underground darling after its release, it gained new life in 1994 when the Kirkwoods joined Kurt Cobain and company to perform the tracks “Plateau,” “Oh, Me” and “Lake of Fire” for Nirvana’s legendary “MTV Unplugged” gig. Those three songs are some of this album’s best, and the performance showcased Curt Kirkwood’s amazing songwriting for the world to enjoy.

Along with Curt’s stylistically pitchy vocals, the 3-piece instrumentation creates chaos on some tracks and a homely groove on others. Supplementing the Kirkwood brothers’ strings, Derrick Bostrom provides a simple-but-effective drumbeat. Tracks like “Split Myself in Two” and “New Gods” show off the band’s wild side with speedy riffs and psychedelic distortion.

Meanwhile, more down-speed cuts like “Lost” and the aforementioned “Plateau” demonstrate the group’s superb lyricism. “The Whistling Song” closes the album on a high note, combining the albums’ country and psych rock themes into an upbeat, unique tune.

A long-overlooked alternative rock classic, “Meat Puppets II” has finally gained a reputation as a stepping stone in the evolution of the grunge and cowpunk genres. While they were never going to become a radio hit, “Meat Puppets” has established themselves as one of the premier independent rock bands of the 1980s. - Billy Jackson 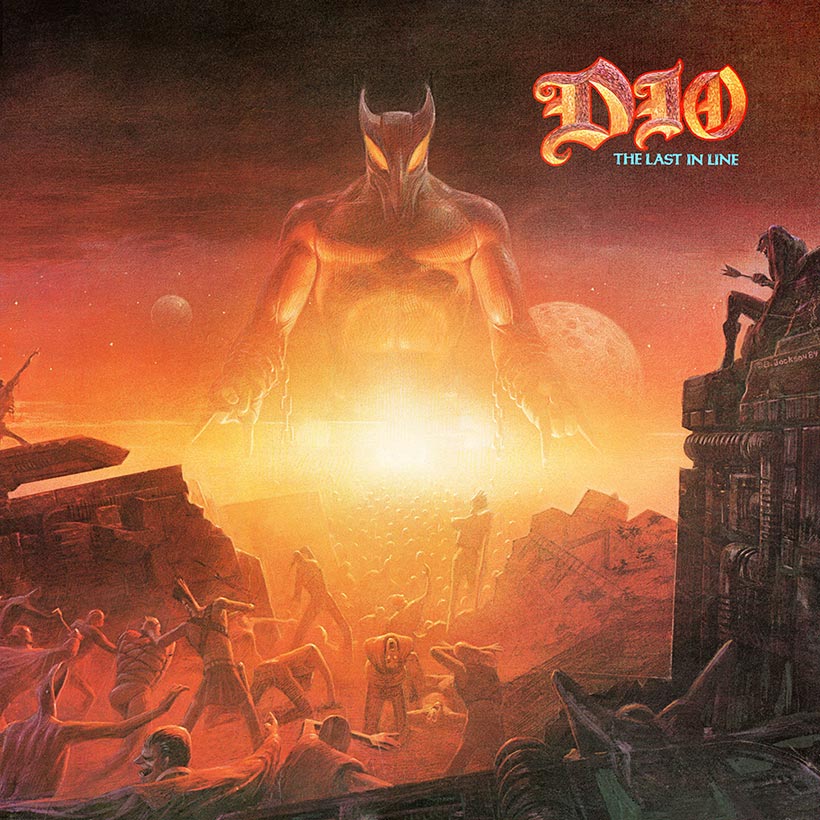 By the release of 1984’s “The Last in Line,” Ronnie James Dio had already established himself as one of the most pivotal figures in the history of heavy metal. The diminutive power-vocalist shopped his talents with Elf, Rainbow and Black Sabbath, creating one gem of a record after another.

When his feuds within Black Sabbath led to his departure from the group, Dio finally had the opportunity to form a band of his own. A murderer’s row of hard rock heroes joined forces with the singer to form Dio. With Vivian Campbell, Jimmy Bain and Vinny Appice forming the core of this supergroup, their debut record “Holy Diver” smashed the charts. With that hit under their belts, Dio was riding high into the project’s second record.

“The Last in Line” is a stellar release that has been covered and copied by Dio acolytes the world over. With Dio’s trademark fantasy lyrics and the chugging guitars, this album breathes personality. Ronnie’s vocals are in tip-top shape, even 27 years into his career. At age 42, he still has more power and energy than vocalists half his age. Campbell’s outstanding guitar work stands out throughout the record, but Bain’s bass and Appice’s drums back it up with a rhythm section for the ages.

“We Rock” and “The Last in Line” are two of the biggest hits in the band’s discography, each setting the tone for what to expect in a Dio album. Get going with a lyrically simple heavy-hitter, then chase it down with a mythical epic. Repeat again with the combination of “I Speed at Night” and “One Night in the City.” Both are very good tracks with some clear Scorpions influence. The album’s greatest piece is the climactic finale, “Egypt (The Chains are On).” “Egypt” is a grandiose track detailing deliverance from an insurmountable obstacle. Ronnie gives it his all and the music changes it up to reflect its significance.

“The Last in Line” is a classic heavy metal album. This record is extremely well executed by some of the finest musicians in the genre. For any fan of heavy metal, this is one of the absolute essentials. - Billy Jackson 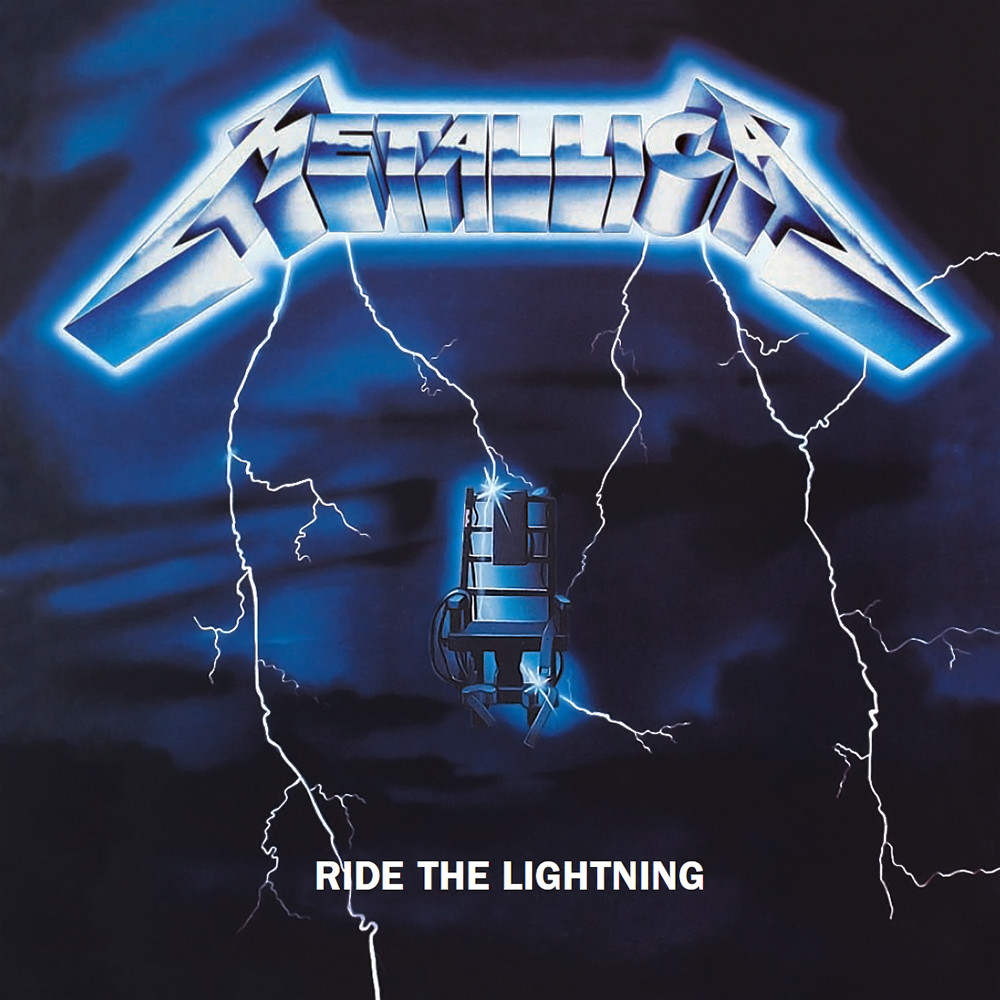 One year after their 1983 debut, “Kill ‘Em All”, thrash metal powerhouse Metallica was still on their way out of the underground scene. With the release of “Ride the Lightning,” Metallica found the sound that would later grow iconic. With Cliff Burton, one of the greatest bass players, introducing the band to music theory and gaining more songwriting input, the band grew exponentially.

One of the iconic Metallica staples found first on this album is the use of acoustic guitars for preludes, first found on the opening track “Fight Fire with Fire” and later on “Fade to Black.” These proved influential for Metallica’s next two records, “Master of Puppets” and “And Justice for All,” which heavily feature acoustic preludes. More complex instrumentals and harmonies can be found on this record than the previous, evident from Metallica stepping away from just fast tempos and aggressive vocals.

This album was the last to feature work from founding guitarist Dave Mustaine, who despite never appearing on any Metallica album, still had an influence on songwriting, with the band using some of his work. Kirk Hammett’s first contributions to songwriting were first found on this album as well.

James Hetfield, rhythm guitarist, and vocalist felt uneasy about having to do both but eventually grew confident in his singing, which was an important event in the band’s history. His lyrics also started to take on more socially aware subjects, which has continued to this day. “Ride the Lightning” is one of the top three Metallica albums and set the stage impressively for the next album. - Owen Paiva

Thompson Twins- “Into The Gap” 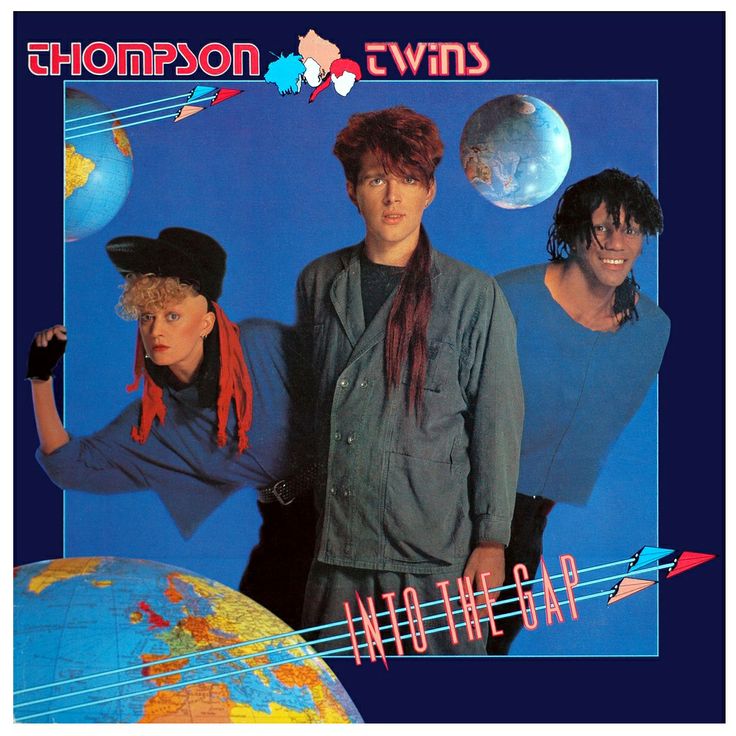 Although initially met with clashing critical reception, “Into The Gap” quickly became The Thompson Twins’ most commercially successful album to date. Recorded in the exotic Bahamas, Thompson Twins infused several cultural and distinctive musical styles seamlessly into this impressive record.

Containing three of the band’s most iconic hits, the upbeat “Doctor! Doctor!,” the catchy “You Take Me Up” and the iconic “Hold Me Now,” it’s no wonder “Into The Gap” sold as many copies as it had. Despite several low scoring critic reviews, one as low as 2.5/10, “Into The Gap” had no trouble achieving platinum status in the United States and double platinum status in both the United Kingdom and Canada.

Other gems on the record include the album’s title track as well as the underrated “No Peace for the Wicked.” Improving and experimenting with their innovative synth dream pop sound, Thompson Twins crafted an album with inexhaustible revisiting potential. Still holding up its particularly distinctive sound, “Into The Gap” helped to define the music of the decade and placed Thompson Twins at the forefront of the new wave genre. – Scott Perdue 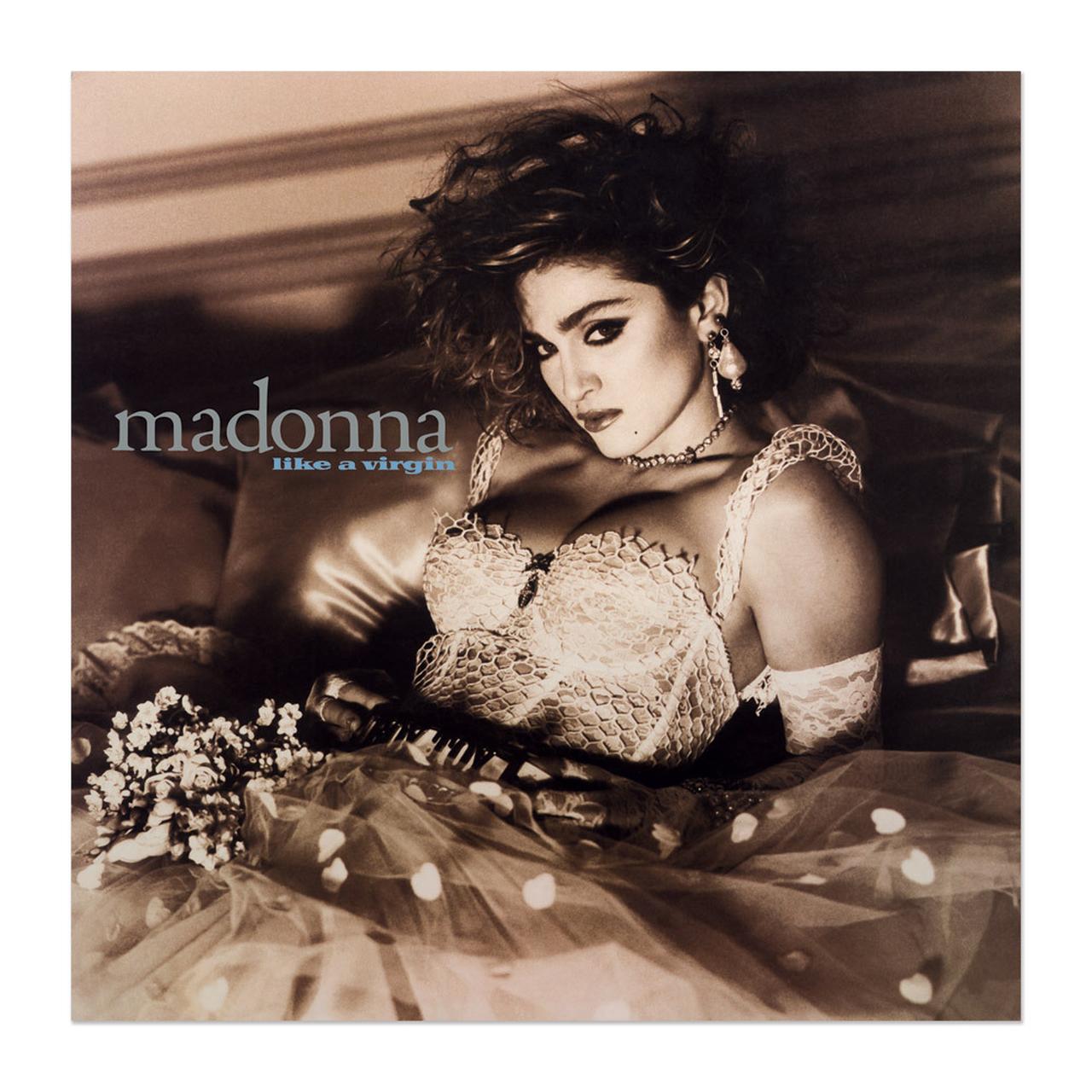 Career defining and culturally groundbreaking, Madonna’s, “Like A Virgin” solidified both her career and her prominence as the decade’s most powerful female artist. Departing from her innocent girl-next-door disco approach, Madonna shockingly adopted a more sexually promiscuous image. On the one hand, she received criticism for her “vulgar” lyricism and overly sexual undertones. While on the other hand, she was quickly becoming one of music’s most recognizable female figures, receiving admiration and praise for her sexual confidence and powerful female presence. Breaking down the restrictions of censorship and commercial uncertainty, Madonna became the first female artist to have an album sell more than 5 million copies in the United States.

Her first album to hit number one, “Like A Virgin” proved Madonna’s versatility and spawned her sophisticated artistic direction. Containing some of her most recognizable hits such as the catchy and clever “Material Girl,” the upbeat and quirky “Dress You Up” and of course the album’s unforgettable title track, “Like A Virgin” was an unquestionably impressive masterpiece. Even the album’s lesser-known hits, such as the tragically underrated and powerful “Love Don’t Live Here Anymore” and the playful “Angel,” proved Madonna’s remarkable consistency. Asserting once again that sex sells, “Like A Virgin,” whether you like Madonna or not, is an absolutely revolutionary and undeniable musical landmark. – Scott Perdue 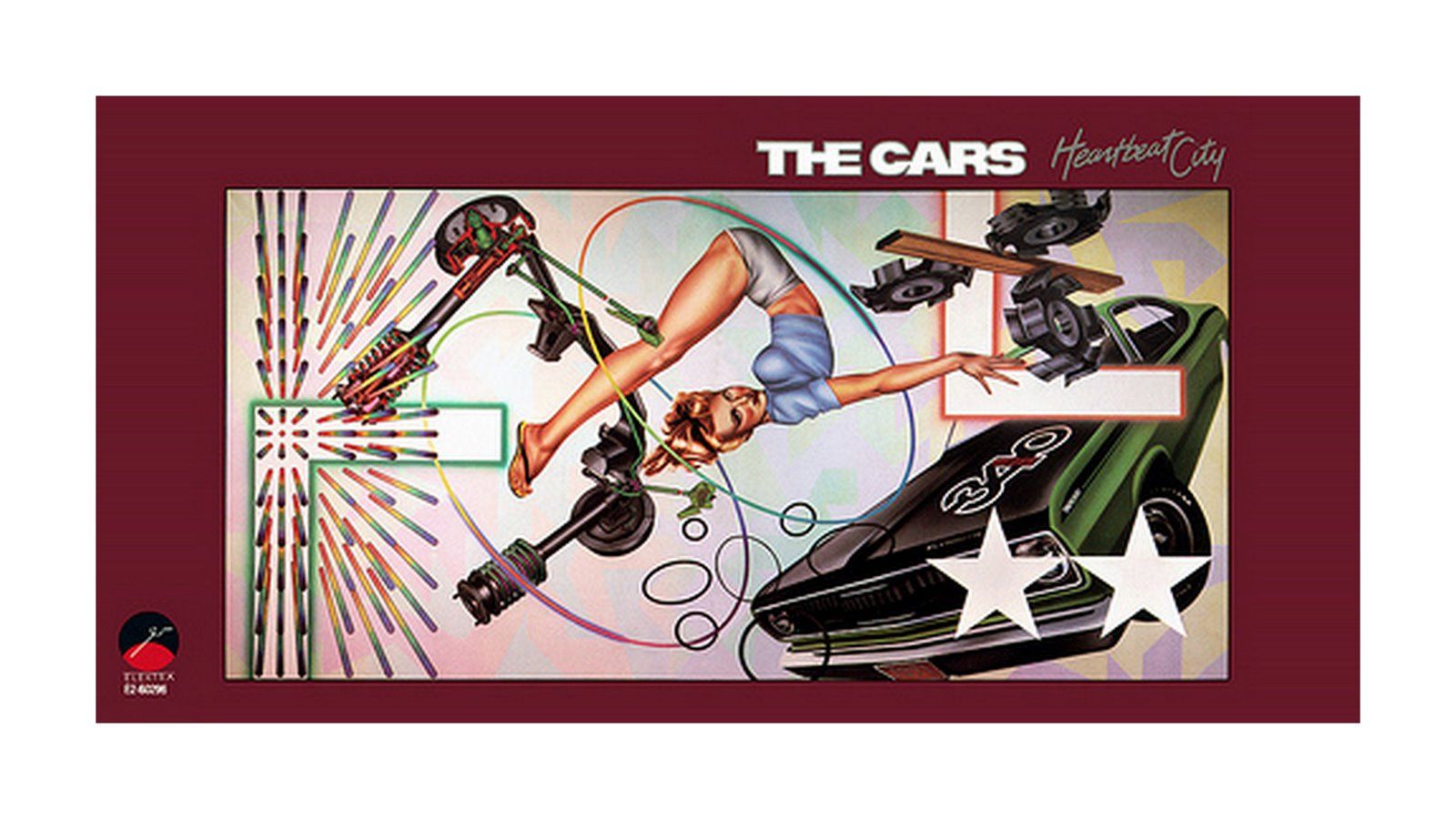 Their fifth studio album and often considered to be the group’s peak, “Heartbeat City” is The Cars’ highest charting album across their entire career. With an impressive five track charting on the U.S. Top 40 Singles, The Cars were riding high with some of their best material to date. Unforgettable tracks such as the classic “You Might Think” and the relaxed “Drive,” which both became top 10 hits respectively, helped to skyrocket the album into the third position on the U.S. Billboard 200. Other underrated tracks such as “Magic,” “Why Can’t I Have You” and “Hello Again,” proved to make the album a generous selection of The Cars’ innovative new wave sound. Receiving an overwhelming amount of praise from both audiences and critics, the album quickly achieved much-deserved quadruple platinum status in the United States. Able to prove they hadn’t lost their spark, The Cars were successfully able to secure commercial success, without losing their iconic sound. – Scott Perdue 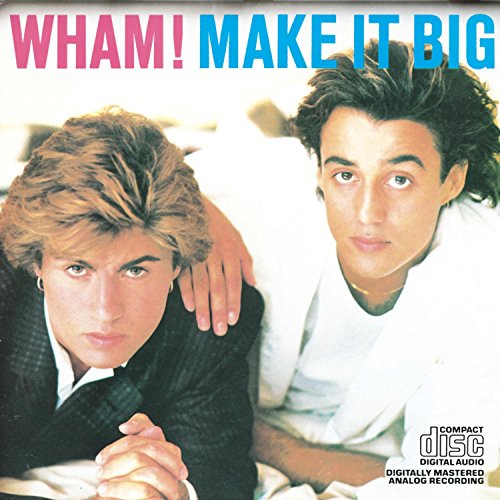 The second and final record of the dynamic duo of Andrew Ridgeley and the late George Michael, better known by their stage name Wham!, “Make It Big” proved to be a major breakout album for the two. Containing tracks written almost exclusively by Michael himself, the album features the debut of Michael’s distinct and unmistakably signature pop sound.

Opening with the iconic, light-hearted and infectious “Wake Me Up Before You Go-Go” and closing with the captivatingly dramatic and sensual saxophone infused “Careless Whisper,” “Make It Big” proved to be a versatile and impactful presentation of Michael’s songwriting and ability to capture an audience. An impressive critical and commercial success, “Make It Big” sold exceptionally well all over the world, receiving platinum rankings in several foreign countries and the United States. Other singles from the record, such as the catchy and fizzy “Everything She Wants” and the upbeat “Freedom,” cemented Michael’s grasp on the pop genre. Although it marks the end of the duo’s collaboration, there is no denying that Wham! went out with an extraordinary and unforgettable finish. – Scott Perdue

Billy Jackson is a junior majoring in film/video production. To contact him, email wjj5064@psu.edu.

Scott Perdue is a sophomore majoring in secondary education. To contact him, email rsp5246@psu.edu.

Who Will Win the NBA MVP This Year?