MBB: The Nittany Lions Come Away With A Win Against The Fighting Illini 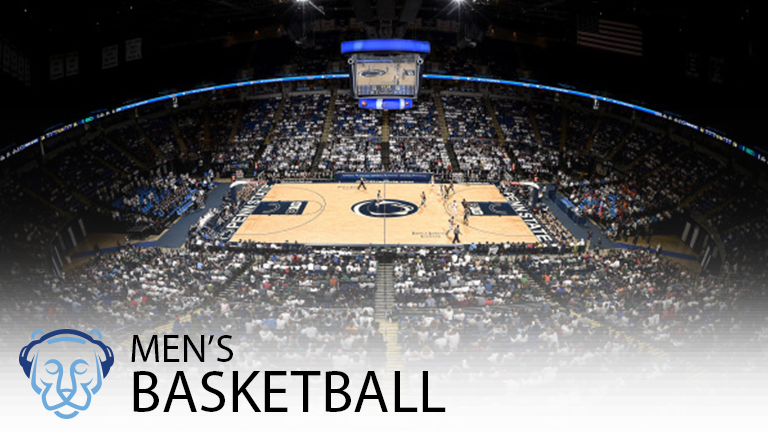 UNIVERSITY PARK, PA.----The future looks bright for Penn State Men’s Basketball (12-10, 4-5 Big Ten)  as they defeated the Fighting Illini (13-9, 3-6 Big Ten) in a hard-fought battle on Saturday at the Bryce Jordan Center. The game ended with a final score of 71-67, and this was the Nittany Lions’ fourth win of the month. They hope to perform at an even higher level in February.

The Fighting Illini had a rocky start to the game, which the Nittany Lions immediately took advantage of. From the first few minutes, it was clear that Penn State had the momentum on their side, performing very well both offensively and defensively.

About a minute and a half into the game, freshman Tony Carr assisted junior Shep Garner on a three-pointer to put Penn State in the lead by one point. The three-pointer by Garner is what ultimately sparked Penn State’s momentum, and Garner continued to perform at a high level throughout the game.

In just the first half alone he posted 11 total points, followed by Payton Banks who had a total of 14 points. When asked about Garner, Coach Pat Chambers stated, “I think we see an emerging leader”.

Tony Carr and Mike Watkins also performed well on Saturday. Watkins recorded a total of nine rebounds, and Carr recorded a total of 13 points. Despite his young age, Carr has been proving himself as a valuable asset to Penn State Men’s Basketball. Hopefully he can continue to perform well for the team.

Josh Reaves is also a strong player for the Nittany Lions. He had a decent game on Saturday, but he has definitely performed at higher levels. He had a total of eight points and three rebounds.

Heading into halftime, Penn State was in the lead by 20 points and it seemed as if the Nittany Lions would come away with an easy win. However, starting out in the second half, Penn State looked like a different team on both the offensive and defensive ends of the ball.

When talking to the media Coach Pat Chambers mentioned the team’s inability to play a full 40 minutes against Big Ten teams.

Hopefully Coach Chambers can get these Nittany Lions to compete at a high level throughout the entire game, and increase their likelihood of receiving an invitation to the NCAA tournament in March.

The Nittany Lions had a total of 8 turnovers in the second half, which resulted in the loss of many points. In addition, they were greatly outscored by The Fighting Illini, scoring only 26 points as opposed to Illinois’ 42 points. However, the first half was much different, with Penn State scoring 45 points and Illinois scoring 25 points.
On Wednesday night the Nittany Lions will face the Hoosiers in Bloomington. We will see if they can pull an upset against the Hoosiers, seeded fifth in the Big Ten.

"Sammy Grossman is a freshman majoring in Broadcast Journalism. You can contact her at sxg5497@psu.edu."

Samantha Grossman is majoring in broadcast journalism with an interest in sports. She is passionate about all aspects of broadcasting, from both behind and in front of the camera. She is currently pursuing her interests in beat writing, sports play by play, and radio talk show hosting. She has working experience with Adobe Premiere and Photoshop.