Despite shooting just 35% from the field and 24% from the three-point line, the Nittany Lions put together some clutch plays late in the second half to claim victory.

Newbill scored a game-high 16 points, including a big three point play with just over a minute remaining in the second half to take the lead, following a dive and steal by senior guard Tim Fraizer.

“I dove I got the ball and he made a tremendous play,” said Frazier.

Nebraska had a 51–48  lead with 2:13 remaining, but a combination of tough defense by Penn State and turnovers by Nebraska brought the Nittany Lions back into the game.

The first half started off with both teams firing away from long range. Penn State hit back-to-back threes to open the game, courtesy of Frazier and sophomore forward Brandon Taylor. While Penn State cooled off from the three point line, the Cornhuskers shot well from downtown going 5-10 in the opening half.

The Nittany Lions had a three point lead early in the first half but fell into a shooting slump. Nebraska took advantage and took a five point lead with 6:22 to go in the half.

The Nittany Lions continue their offensive struggles throughout the first half of the game, but their defense kept them in it along with the play of junior guard John Johnson.

“He sparked us”, said Chambers. “If it wasn’t for him in the first half we might not have hit 20.”

Johnson scored 10 of his 13 points in the first half including the final five points of the frame for Penn State. Nebraska took a 29-22 lead into the locker room.

Both teams picked up the pace to start the second half. Nebraska continued to knock down three pointers early in the half while Penn State maintained their tough interior defense and forced turnovers.

The Cornhuskers took a 41-33 lead with 11 minutes left in the half. The Nittany Lions would counter with a 6-2 run and would later tie the game at 45-45 after and offensive rebound and put back by Taylor.

With 1:18 left in the second half, Nebraska had a 51-50 lead when Fraizer made a spectacular dive and steal against Nebraska’s Deverell Biggs leading D.J. Newbill to a fast break dunk with a foul.

The Lions took a 53-51 lead with just over a minute left. Following the missed three point shot by Nebraska’s Walter Pitchford, Frazier found an open Johnson for a three pointer to take a 56-51 lead.

Despite some late game turnovers and a late three pointer by Nebraska’s Terran Pettaway, the Nittany Lions were able to hold on and seal the victory 58-54. Pat Chambers notes that despite the win, he isn’t relieved.

“There’s no sigh of relief,” said Chambers. “Win or lose this game I’m still going to come, still going to wake up tomorrow and go do my job to the best of my ability.”

The Nittany Lions will travel to Columbus next week, to take on Ohio State, on January 29th.

Josiah Bates is a junior majoring in broadcast journalism. To contact him, email jnb5278@psu.edu.

Column: Time for a New Leader 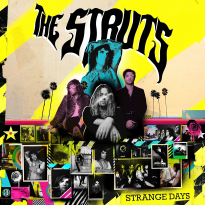